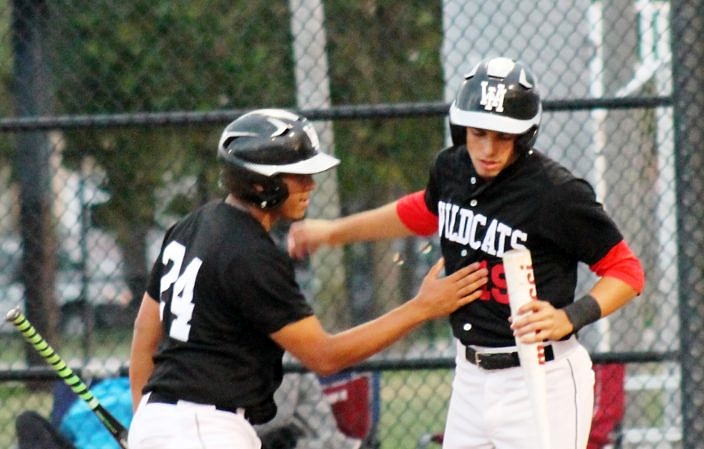 The Wildcats are the first #1 seed to advance to the Black Bracket championship of the March Madness Shootout.

Runs were tough to come by in Wednesday’s Black Bracket semifinals of the HSBN March Madness Shootout at Pompano 4 Fields in Pompano Beach, as both victors posted shutouts to win and advance to Thursday evening’s championship game. Keys Gate Charter won 1-0 over South Miami in the early contest, and Westland Hialeah defeated Mater Academy 4-0 in the matinee game.

Michael Paez earned the win for the Wildcats (10-7), throwing six scoreless innings and scattering four hits while striking out five. Robin Fernandez closed out the seventh, working out of a jam despite giving up a base hit to Frankie Febles and a walk to Brandon Dudley. Fernandez got a fielder’s choice ground out and then recorded his second strikeout of the inning to end the game.

The Wildcats came in as the top seed of the tournament, but are only the second team to make it to the championship game in the three-year history of the Shootout. Westland defeated the Hialeah Educational Academy Bulldogs in the quarterfinal to set up a meeting with the rival Lions. 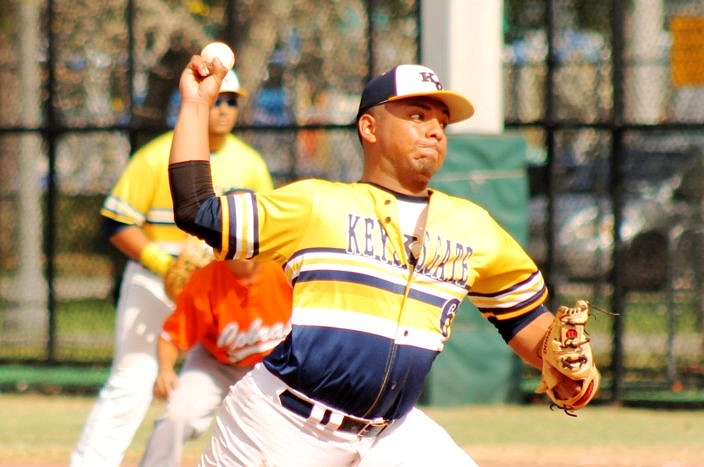 Enzo Evangelista tossed a complete-game shutout for the Knights.

Keys Gate also came into the Black Bracket as a high seed in the #3 slot. The Knights held off Reavis, Illinois, in the opener and then posted a 5-0 victory over Mater Lakes in the quarterfinals. The Knights are on a six-game winning streak and are in the midst of the best season in program history. A Shootout championship could come as a nice chapter in that story.

Enzo Evangelista made that possible for the Knights, going the distance on the mound in an efficient outing. The right-hander walked three and allowed a single to Kenneth Diaz for the Cobras’ only hit of the day, and he recorded six strikeouts.

The Knights scored the only run of the day on the game’s leadoff batter. Omar Baldo was hit by a pitch, advanced to second thanks to a sacrifice bunt from Brandon Espinal and moved to third when Christopher Rodriguez connected for a base hit. Evangelista then helped his own cause with a sac-fly RBI that drove Baldo in with the winning run.