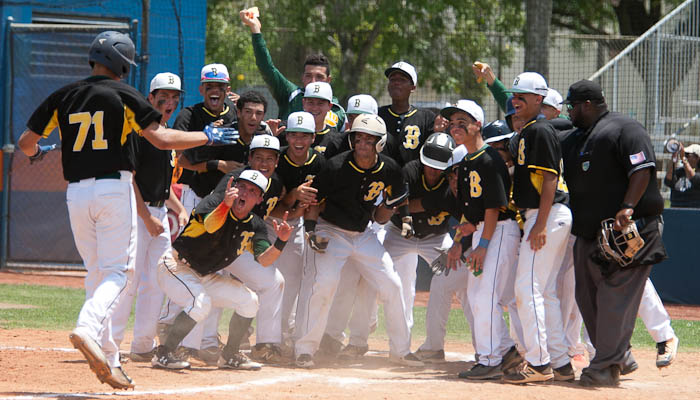 Jefrey Rodriguez belted a three-run home run and drove in four runs, and Hector Garcia fired a complete-game, four-hitter to lead Miami Brito to a 5-1 win over Westward Christian on Tuesday afternoon, in the opener of the 2A-8 semifinals doubleheader at Florida Memorial University. Brito advances to take on the defending 2A-8 champion Miami Christian Victors, whom advanced with a win over Island Christian in the late game.

The Panthers (14-8) punched their ticket as Garcia handcuffed Warriors hitters, yielding just one hit after the second inning. He retired eight in a row after that before a fifth-inning single by Michael Mejias. Garcia then retired the final eight batters he faced.

“I just needed to get warmed up,” Garcia said of the slow start. “I was throwing more fastballs and my curveball was breaking. I’m playing for the team, just doing my job.”

Garcia scattered four hits and struck out five, becoming more and more in command as the game wore on. He struck out one batter in each of the final five innings.

“Credit to him, he figured out how to keep us off balance after the second inning,” said Westwood Christian manager Julio Andrade, whose Warriors finish the season with a record of 14-8.

Brito made full use of its five hits, including Rodriguez’s key blast in the third inning that extended the Panthers’ slim lead into a 5-1 advantage. Rodriguez said that initially he wasn’t sure just how good of contact he made.

“I knew I’d hit it over the left fielder’s head, and then I saw the umpire motion that it was a home run. I thought, ‘wow, I did it.’ Everything we do is for family,” Rodriguez said. “I was looking for a fastball. The first one was outside and then I made good contact. I had to do it, two runners in scoring position, I had to do it.” 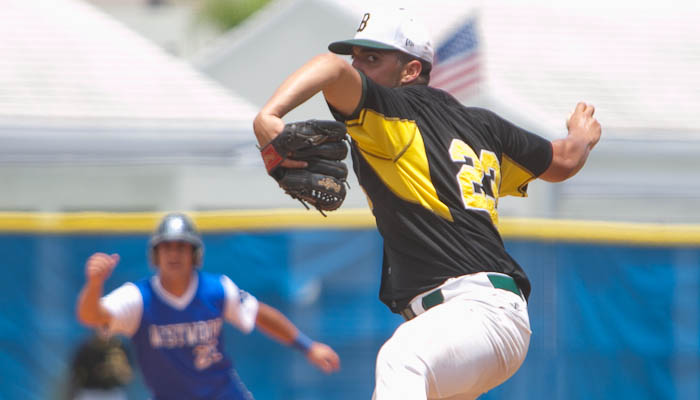 It was the spark the Panthers needed, and a big lift after they forged a 2-0 lead in the first inning on a triple by Onelio Perdomo that drove in Yoanny Carrizo, and a sacrifice fly from Rodriguez.

Warriors reliever Kevin Sabatier shut down the Panthers over the final three-and-a-third innings. The senior right-hander allowed just one hit over that span while striking out four.

Westwood Christian cut the lead in half with a run on three singles in the second inning. Mathew Mejias opened the inning with a single and came around to score on a ground out.

But the Warriors managed just one base runner after that, as Garcia settled in on the mound for the Panthers.

“The big guy game through today,” Brito manager Laz Fundora said. “He settled down, which is what we were expecting. He was the right guy to throw today.”

The two teams split their season series, with Brito taking the early-season game, 3-2, before Westwood Christian came back to rally past the Panthers, 14-7, in late-March.

“They guys were ready to play today,” Fundora said. “They were really pumped up.” 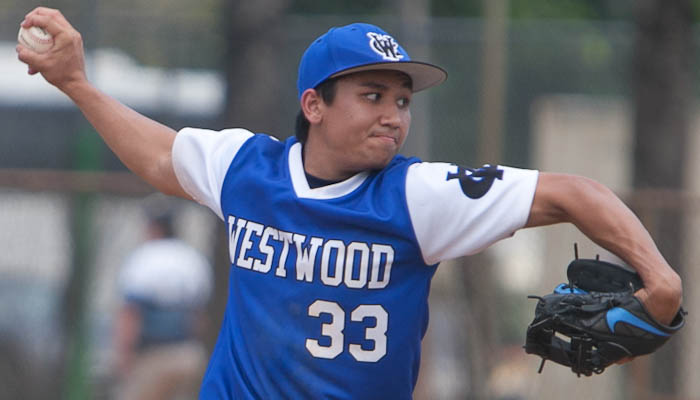 Westwood Christian pitcher Kevin Sabatier threw 3 2/3 innings of one-hit relief for the Warriors on Tuesday. He struck out four and walked just one.