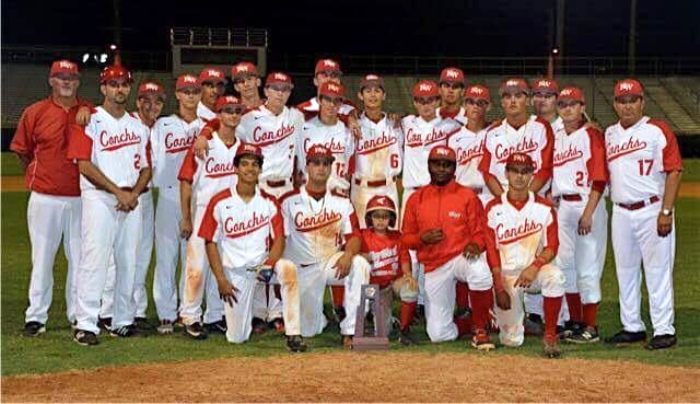 Playoff success is nothing new to the Key West baseball program, but Conch fans are sure to remember the team’s unprecedented run to the 5A-16 championship this season.

On Friday night the team celebrated another district title thanks to a 4-3, extra-inning victory over rival Gulliver Prep. The victory came after Key West (11-14) survived an epic semifinal battle with Keys Gate Charter to survive and advance with a 1-0 win. With a young group that carries only four seniors on the roster, and whom came into the district tournament on a seven-game losing streak, Key West upheld the program tradition of playing its best baseball in the playoffs.

Jason Garcia scored on an RBI ground out from Christian Luna in the top of the eighth inning to account for the deciding run. Garcia doubled with one out and advanced to third on an infield error to put himself ninety feet from tallying the decisive score. Luna then rolled the ball up the right side that left the defense settling for a force-out at second while surrendering the run to score.

Garcia’s run finished off an intense, back-and-forth battle between the two fierce rivals. The lead changed hands four times and things were also tied up on four occasions throughout the action, with neither side allowing the other to pull too far ahead. Every starter reached base for the Conchs, while Gulliver (14-10) collected nine hits as a team, led by a 3-for-3 performance from Lucas Costello.

Antonio Knowles came on in relief for Key West in the fourth inning, earning the victory by going the rest of the way and allowing just one unearned run. Knowles struck out five while surrendering three hits and no walks.