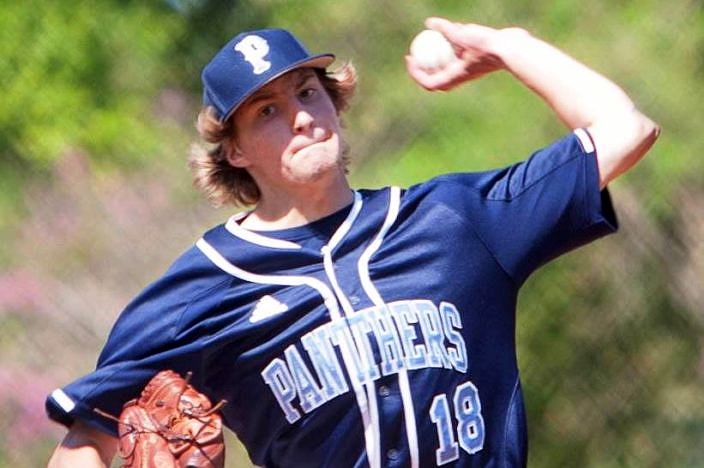 Matt Turner delivered another dominant performance to lead the Panthers to victory on Tuesday.

Matthew Turner has delivered over and over again for the Palmetto Panthers this season, and on Tuesday afternoon at Coral Reef Park the senior left-hander rose up yet again to give his team another dominant performance. The southpaw went the distance on the mound to lead Palmetto to a 3-1 victory over Coral Gables, earning the Panthers (22-6) the 9A Region 4 championship and a berth into the state tournament that goes along with it.

Palmetto will take on the University Titans next Friday, in a 9A state semifinal at Hammond Stadium in Fort Myers, after the Titans won to advance with a 2-0 shutout over West Orange. It is the second trip to the state tournament for Palmetto, with the other coming in the 2007 season.

A post shared by Palmetto Baseball (@palmettopantherbaseball) on May 23, 2017 at 2:54pm PDT

“It was a pitcher’s duel and I thought that both pitchers did a phenomenal job today. Both teams played hard and unfortunately somebody had to lose,” Palmetto manager Danny Smith said. “We played great defense and had some timely hitting, which has basically carried us through this entire year. 2007 was the last time we were at the state championship. Players were excited, parents were excited and fans were excited. It’s going to be a good week for us. The celebration is over and now it’s time to continue the hard work that we have committed ourselves to and to continue this successful season.”

Turner proved as tough as always to hit, giving up four hits and no walks on the day. The southpaw allowed one earned run and recorded 11 strikeouts.

Across the diamond the Cavaliers (13-14) relied on their ace as well, as right-hander John Kenney also went the distance for his club. Kenney surrendered three earned runs on six hits, walking one while striking out four batters.

Coral Gables opened the game by taking a 1-0 lead in the first. Brian Garcia and Nicholas Montes both singled with one out, and Gerardo Rodriguez followed with an RBI single to third that plated Garcia. But the Cavaliers managed just one more hit over the final 20 outs, another single from Rodriguez in the fourth.

Palmetto answered right back with all the runs it needed in the bottom of the first. Alex Castaneda and Nick Labrada both singled to start the inning, before an error allowed them to advance an extra base. Eddy Arteaga then came through with a hard liner past second base to drive in Castaneda, and Nick Deegan followed with an RBI groundout that drove in the deciding run.

Deegan delivered again to provide an insurance run off an RBI single in the sixth, as he finished 2-for-3 with two RBIs.