Westminster Christian A Game Away From Return To States 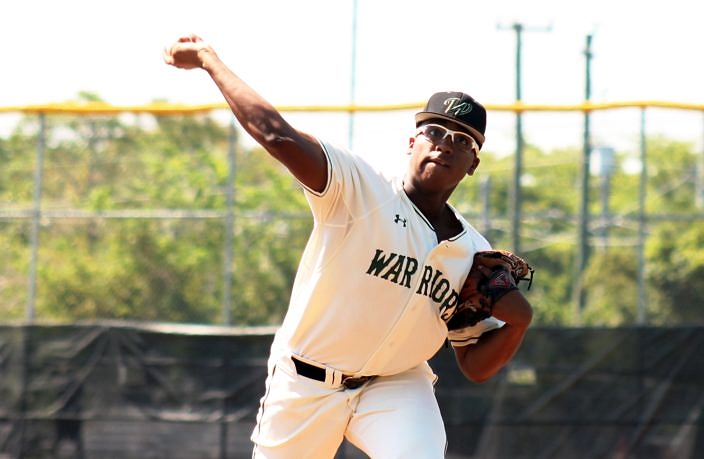 Freshman Jamar Fairweather struck out seven in six-and-a-third innings to lead the Warriors to victory.

Westminster Christian manager Emil Castellanos could not have asked much more of his team on Wednesday afternoon. Hosting a scrappy University School team in a 4A regional semifinal, the Warriors got great pitching, plenty of offense and key defense down the stretch to lead the way to a 7-1 victory.

Now one game closer to a return to the state championship and a chance to become the most accomplished program in the state of Florida, Westminster Christian (23-5) will next have to get past the defending 4A champion Calvary Christian Eagles. The two sides will meet next Tuesday in the regional finals, which the Warriors will also have the honor of hosting.

Castellanos was impressed with the grit and scrappiness that the Sharks (25-4) exhibited from first pitch to last, and facing a team like that only worked to bring out the best from the Warriors. Freshman starter Jamar Fairweather ran into trouble in the first with runners on the corners, but responded with a swinging strikeout on a nasty changeup to escape the jam. When he returned to the bump an inning later Fairweather had a two-run lead, and he cruised along to make that margin be all his guys needed.

Even though the right-hander is a freshman, he did not pitch like one and his team did not treat him like one. The coaches had faith to trust him in a big game, and he delivered to carry his team into the seventh inning. 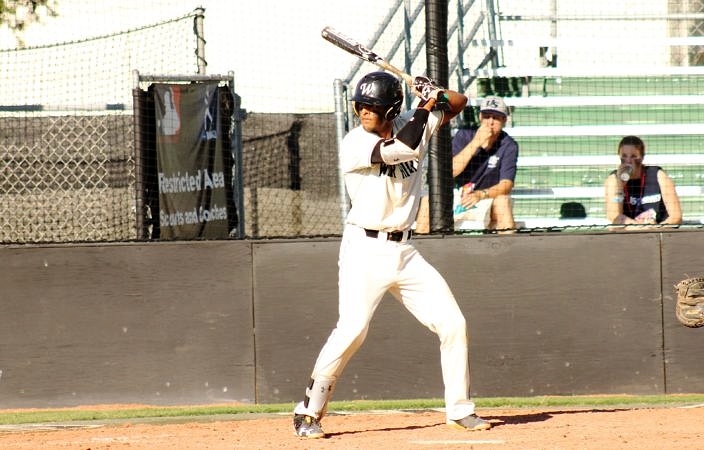 Warriors catcher MJ Melendez had a monster day at the plate to lead his team to victory.

“It all starts with them putting me on the team and showing me that they have faith in me, and then it is just about working,” Fairweather said. “I still had some juice behind me in the last inning, but I was getting tired. It was just about going with all my effort.”

Key to his success was Fairweather’s ability to throw his changeup in any count. The pitch helped to mix up his arsenal and keep the Sharks guessing.

MJ Melendez strikes again with a two-RBI double to give @wcs_baseball a 5-0 lead in the fourth.

The Warriors got the bats going right away to support their young starter. Anthony Vilar led off with a stand-up double and catcher MJ Melendez followed that up with a blast to right field for a two-run home run that accounted for the deciding run.

“I was watching our leadoff hitter, Anthony Vilar, who is a lefty. I figured that maybe they would pitch me the same and so I watched his whole at bat,” Melendez said. “They were going with off-speed away and he ended up getting a double, so I was sitting middle-away. The first pitch got up and in with the fastball and I swung right through it a little late, so I decided to back off the plate a little bit. Then, two pitches later, he came with the fastball and it was inside and down the middle since I was off the plate a little bit. I tried to put a charge into it and see if we can get something started early on in the game, and I think that was what really helped.”

In such a big game between two tough sides, the early offense got the Warriors rolling and also whipped the packed stadium of fans into a frenzy.

“We were excited, and it started the game that they got guys on in the first and we were able to get out of that inning, which was a big key for us,” Castellanos said. “Vilar started off with a double off the wall on a one-hopper and then MJ came up with a big home run. That’s the way you want to start a game. That was a little momentum going our ways, which got us pretty excited.”

Westminster Christian built off that lead with another run in the second. Max Pinto walked and advanced to third on an error, before Vilar drove him in with a ground ball to the right side.

Two innings later the Warriors broke things wide open with a three-run fourth. Nicky Perez singled and Vilar walked, and both runners came around to score thanks to a two-RBI double from Melendez. First baseman Luis Aviles then traded places with Melendez with an RBI double that gave his club a 6-0 lead.

After the defense turned a smooth 6-4-3 double play to squash a rally bid in the top of the sixth, senior Dylan Cloonan added a solo home run in the bottom of the frame to complete the scoring and keep the momentum going late. 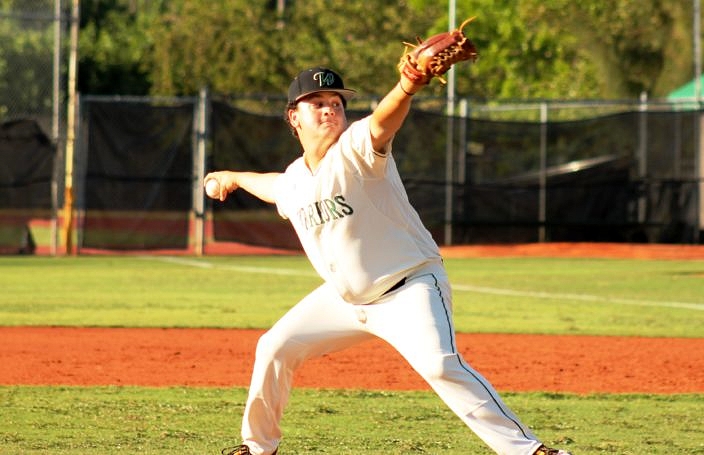 Senior Sam Fernandez came on in relief to record the final two outs that finalized the victory.

The Sharks made one final rally bid to avoid the shutout in the seventh. Josh Laprest and Cole Standifer both singled and Andrew Grinberg doubled to left field to drive in Laprest and chase Fairweather off the mound. Senior right-hander Sam Fernandez stepped into action and quickly finished things off with a swinging strikeout that was followed by an infield groundout that sealed the victory.

While the program has enjoyed plenty of success over the years in winning 11 state titles, guys like Fairweather and Melendez are enjoying the ride for the first time as some of the newcomers to the program this year. With one more victory being the only thing between them and a chance for another state crown, their excitement only adds more fuel to the veterans that have been down this road before.

“This feels amazing,” Melendez said. “All the talent that we have on this team shows and we play as a family; we pick each other up, and when someone doesn’t do the job we know the next person is going to get it done. We just have a bunch of faith in each other, and it is awesome.”