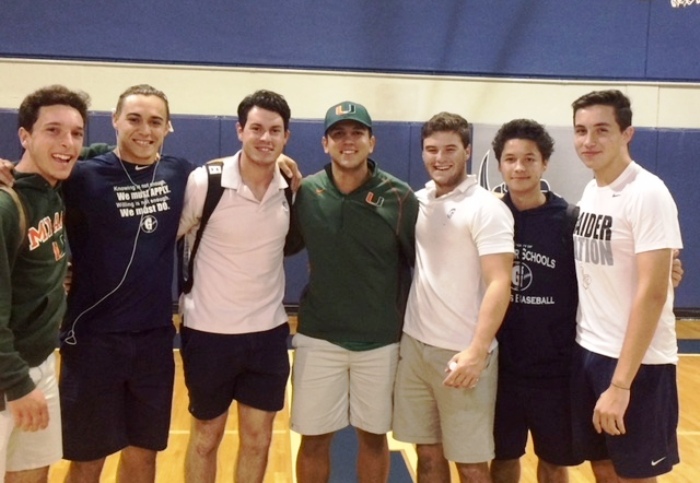 Gulliver Prep’s Adrian DelCastillo signed with the University of Miami during a ceremony at the school this week.

Lifelong dreams have been finally realized this week as student-athletes across the nation signed their commitment to their colleges of choice, as part of the National Early Signing Period. Here in Florida, dozens of baseball players across the state seized their moment to sign their commitment in special ceremonies with families, friends and supporters. The signing process can be challenging and arduous, but this week marks that moment when signees finally cross the finish line and finalize their dream of attending college and competing in college athletics.

For many senior baseball players across Miami-Dade County, this week marked the moment they crossed the finish line and finalized the college process. Players signed at ceremonies with family, friends, coaches and administrators all throughout the week. 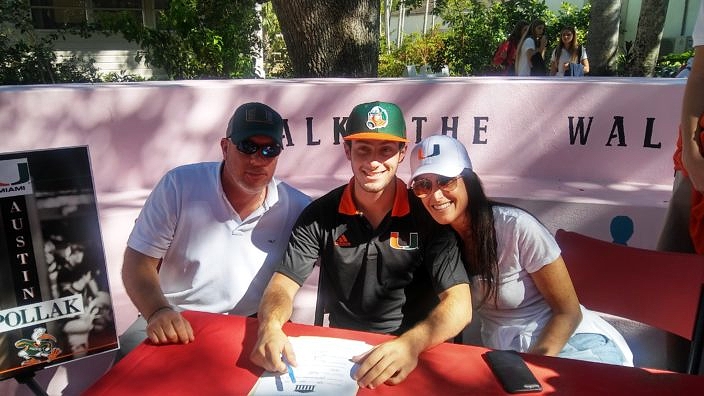 Always known as a strong college pipeline, Columbus continued that tradition in having seven players all sign this week, and Belen Jesuit enjoyed three signees.