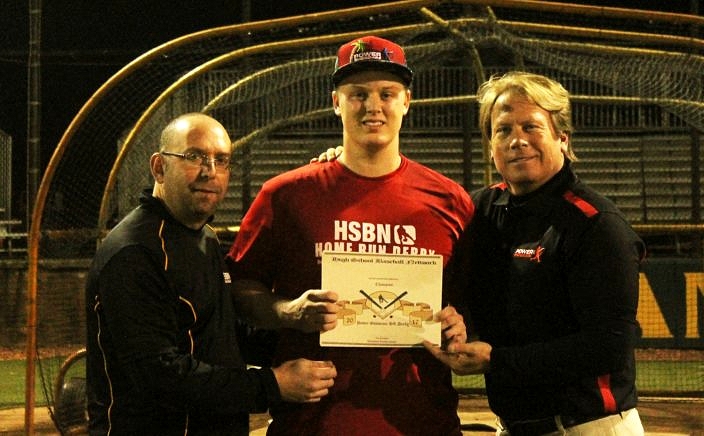 Following every grueling moment to reach that point, it took just one swing in the end for Kian Andersen to become the HSBN POWER SHOWCASE champion. The senior from Miami Country Day walked-off to victory in the bottom half of the third round of sudden-death overtime against Columbus’ Albert Espinosa, connecting for a home run to left field that earned Andersen the title. Both players struggled to drive any out during the swing-off, and it was the only ball to leave the yard during the extra rounds.

Andersen made an improbable run for the championship that was reminiscent of his journey through each round. After getting off to a slow start in the preliminary round, Andersen got things going late into his allotment of 15 outs, moving to the top of the leaderboard with five home runs, including three in a row and a long of 456 feet. He then forced the swing-off in the finals by bouncing back from another slow start and connecting for a 377-foot home run to match Espinosa with only a few outs remaining.

“It was definitely a good group of guys and it was hard competition to get through,” Andersen said. “Getting the timing down on the ball was the main problem, but once you get into a rhythm and get the timing of the ball it makes everything much easier.”

Andersen earned an invitation to the POWER SHOWCASE main event, which will take place at the end of the year at Miami Marlins Park. He will likely compete in the College Select Group, as he will be a freshman at Flagler College by then. 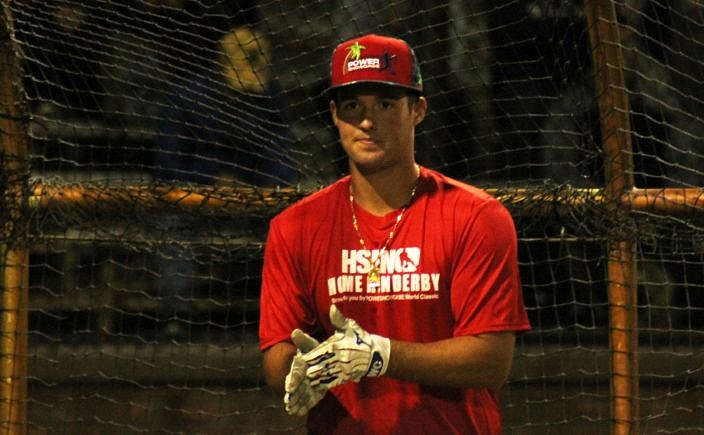 Albert Espinosa just moments before he started putting on a show worthy of a champion.

Albert Espinosa also put on an impressive performance to earn his chance at the title. He slugged five home runs in the preliminary round to match Andersen’s lead, then led off the finals with three home runs. Forced into sudden death, Espinosa put a charge in a few but never managed to get the final long ball he needed in the last battle of attrition as the two went back-and-forth through their three outs each round.

“I think all of us were tired, and the tension of only having three outs was definitely putting pressure on both of us,” Andersen said. “Thank God when it was done. I was done at that point.”

Westland Hialeah’s Jose Sosa was the other finalist, following a great start that saw him slug five home runs right after Espinosa to create a three-way tie for the lead. With just a few participants left to take their swings, Sosa opened his round with a booming 423-foot blast that announced his potential to win it all. He hit back-to-back jacks later on, then a 368-foot shot that tied him with Coral Springs Christian’s Ryne Guida for second place. With two outs left Sosa drove out a 400-foot home run that put him into the finals, where he finished with two home runs to just miss out on a three-way swing-off.

The derby capped off the opening night festivities of the All-American Weekend. It also included meals for the players and a silent auction, while the teams met and received their jerseys. 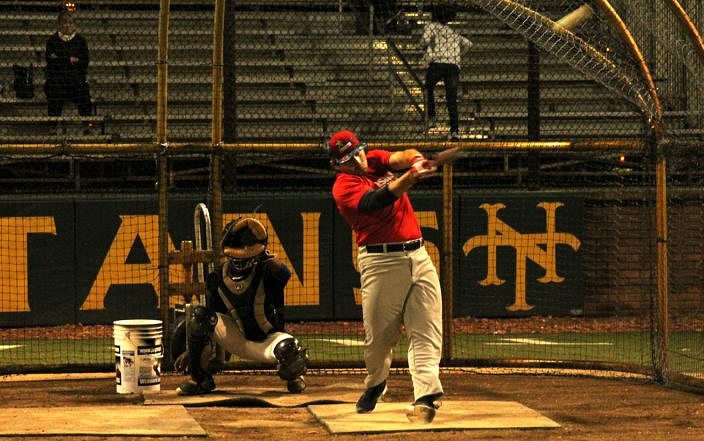 Westland Hialeah’s Jose Sosa connects for his first home run during the finals.