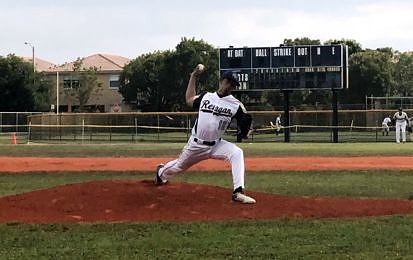 Seven runs scored in the fourth inning was enough to lead the Regan Bison to an 11-1 victory Monday afternoon against the Keys Gate Knights.

After a pitcher’s battle for the first three innings the Bison responded to break open a tie game with an impressive offensive performance in the fourth. The inning began with a line drive ending in an appearance on second base for junior Luis Rincon, who also began the momentum for the inning. With two men on base junior Sebastian Criollo came up to the plate and hit a line-drive down the foul line bringing those two men home. After a few more runs came in, sophomore David Antonetti came up to bat with two men on base and hit a home run.

“It feels great when you hit a home run,” David Antonetti said. “We practice a lot offensively and I can see the improvement’s not only in myself but in the whole team.”

The Bison (4-6) were not done there. After a strong performance offensively and defensively with both teams, a series of walks ended the game.

“We knew that today’s match up was going to be a good one, we made some changes today and everything worked out so I am very happy about that,” Bison manager Rafael Mesa said. 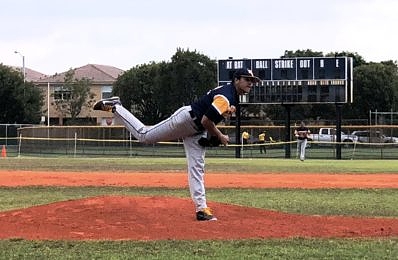 “It feels great coming back onto the mound and being able to help my team. It has been a while since I have been able to start and I feel like I have proved myself today,” Edgar Nieves said.

For the Knights (2-8), senior Juan Marulanda pitched a strong three innings with seven strikeouts and only one run allowed.

“We faced a great opponent today,” Knights manger Rich Benavides said. “The game was tough and we faced a team that is similar to us on paper. We are just continuing to build as a team to get prepared for the playoffs.”