Columbus Holds Off Southwest In 9A-15 Showdown 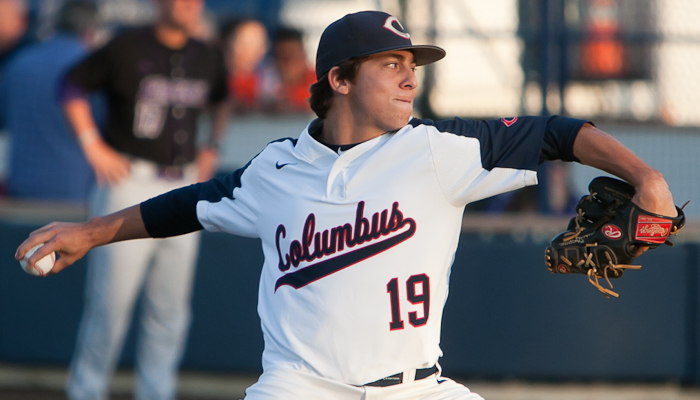 Columbus senior pitcher Anthony Arguelles got the win Tuesday in the Explorers’ 2-1 victory over Southwest.

Columbus needed a game-changer and Chris Bohrer answered the call. The Explorers senior moved from third base to pitcher with the bases loaded and one out in the sixth inning and Columbus clinging to a one-run lead. Bohrer coaxed a double play ground ball to end the inning and then shut the door in the seventh to earn a save in the Explorers’ 2-1 victory over visiting Southwest on Tuesday in a showdown of 9A District 15 unbeatens.

“We talked about keeping the ball down,” said Columbus manager Joe Weber upon making the call to Bohrer, whose sacrifice fly in a two-run third inning also proved to be the game-winning RBI.

Bohrer admitted he was surprised by the move.

“I just tried to throw strikes,” said Bohrer. “Before the game I didn’t expect to be the closer.”

The Explorers, 6-1-1 overall and 4-0 in district play, did all their damage in the third inning. Ariel Garcia started the rally with a double and Carlos Linares pushed a bunt single down the third-base line.

After a walk to Matthew Alfonso loaded the bases, Ian Barjam delivered an RBI single, scoring Garcia. Bohrer then lifted a sacrifice fly to bring home Linares and give the Explorers a 2-0 lead.

“I was just looking to stay up the middle and get the job done,” Bohrer said. 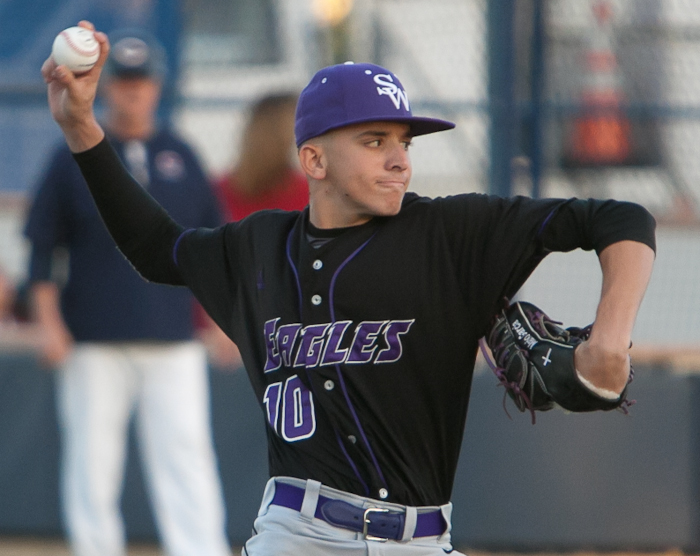 Southwest Eagles pitcher Mario Garcia was outstanding on the mound through five innings on Tuesday against Columbus.

It proved to be enough because Columbus got good pitching and some slick fielding, turning two double plays.

“The kids played great,” Weber said. “The defense was stellar and our catcher (Albert Espinosa) smothered a bunch.”

Alfonso, from his position at second base, was involved in both double play grounders and also turned in a spectacular diving stop of a screaming line drive off the bat of Southwest’s Lorenzo Hernandez.

Defense was crucial in this pitcher’s duel between Arguelles and Southwest’s Mario Garcia, who was outstanding over five innings striking out six while yielding just four hits and two walks.

The Eagles, now 5-2-1 overall and 3-1 in district play, scored their run in the sixth inning. Danny Cruz doubled and scored on a single by Erick Orbeta. Subsequent walks to Jorge Tejeda and Damian Alfonso loaded the bases and set the stage for Bohrer’s heroics. 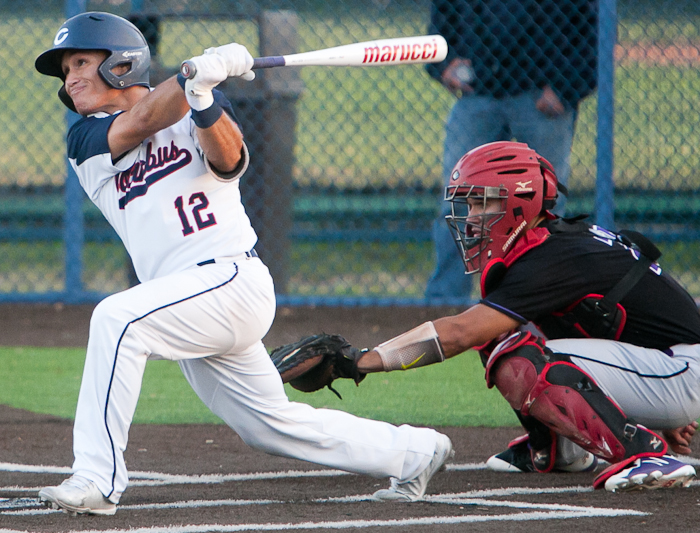 “We had our opportunities and that’s all we can ask for,” said Southwest manager Mandy Pelaez. “It’s a learning experience. We’ll get them next time.”

The Eagles and Explorers get together again at Southwest for a 3:30 p.m. Monday, April 16th encounter.