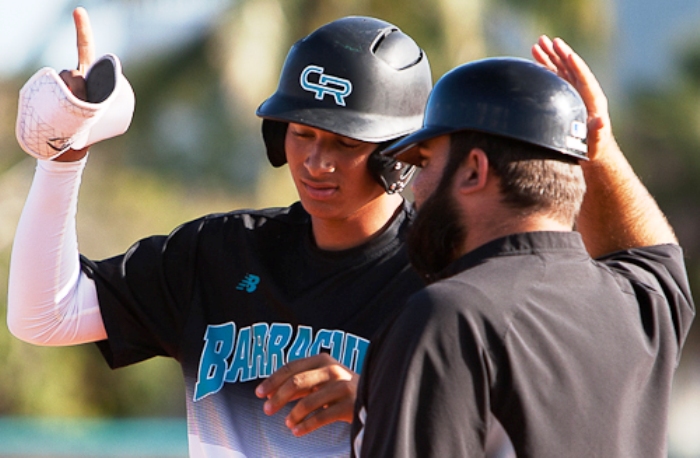 Sebastian Jimenez delivered three hits, drove in a run, and scored three more, including the game-winner, in Coral Reef’s 6-5 home win over Southridge on Tuesday. The sophomore verbal commit to FIU, broke a 5-5 tie in the bottom of the seventh inning with a lead-off double and then scored on a bases-loaded, two-out single by Vinny Becking, spoiling Southridge’s own seventh-inning rally.

The Spartans, who fell for the first time this season in five games, including three District 9A-16 encounters, rallied from a 5-3 deficit in the top half of the seventh inning with a pair of runs aided by two walks and two hit batsmen. The only hit in the inning was an RBI-single from Giulianny Perera.

But the Barracudas, 4-2 overall and 2-1 in district play, answered last. Although they squandered earlier leads of 4-0 and 5-2, it was the ending that mattered.

“I had to go up there and pick them up,” Jimenez said. “We were a little down. I was just thinking that this is our time.”

Coral Reef broke a scoreless tie with four runs in the third inning, aided by a pair of throwing errors that allowed a run to score each time. That, plus back-to-back RBI single from Jimenez and Thomas Acevedo, gave the Barracudas the early cushion.

“That’s just not us,” Southridge manager Wayne Hendricks said. “But we’re a young team still learning how to win. The mistakes we made are the kind that can be cleaned up.”

The Spartans battled back, scoring twice in the fourth. Janniel Berroa tripled to score Elijah Eusebe, who doubled, and then came home himself on a single by Raymond Gonzalez. 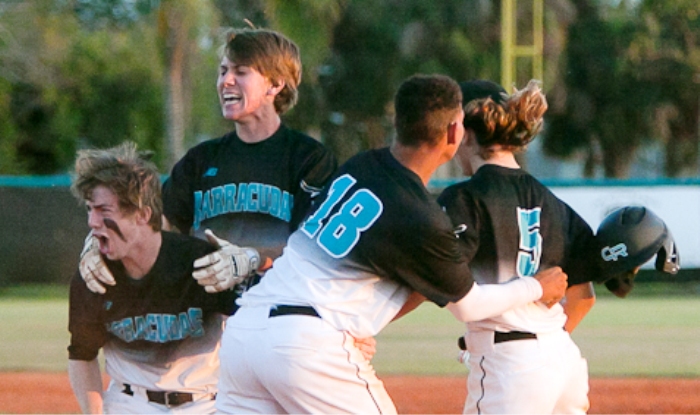 Jimenez got one of those runs back in the fifth inning, scoring on a double by Acevedo to make it 5-2.

After Jimenez opened the bottom of the seventh with his double, Shawn Perez was issued an intentional walk. Michael Ogden was hit by a pitch two outs later to load the bases for Becking’s game-winning hit.