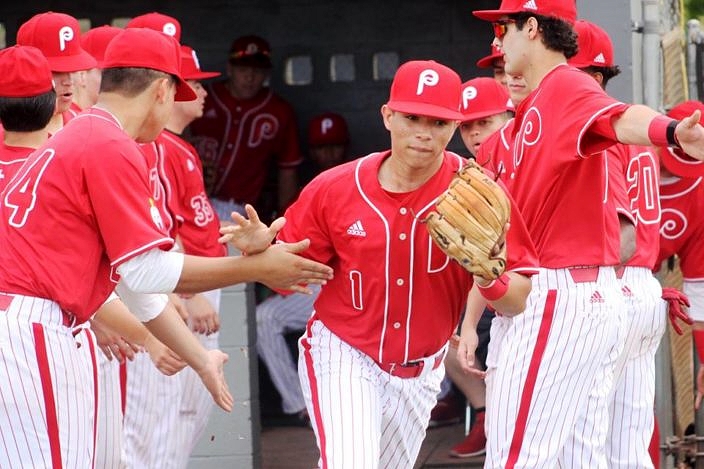 The Monsignor Pace Spartans have four straight since an 0-2 start to the season.

This is the inaugural of our new HSBN feature, Fact or Fiction. In this feature, we will tackle some of the pressing questions in Miami with HSBN Co-Founder Anthony Uttariello and Editor-in-Chief Rick Duteau. Enjoy!

1. Pace’s early season struggles are behind them.

Anthony: Fact. Judging the Spartans by their performance in the Falcons Challenge is like judgig a thriller in the first five minutes of a movie, you know the best is yet to come. Pace has traditionally struggled out of the gate, and they also have ytraditionally rebounded and end up at states. I don’t know if they will get to states, because their 5A region is again loaded, but the Spartans have already turned around their tough start, and will only get better as the team gels.

Rick: Fact. Pace was struggling? I want struggles like those. They lost to two strong Broward teams in the Falcons Challenge season-opening tournament and have won four straight since. There is a lot of talent on the roster and it will take a little time to work everyone into their roles, but the Spartans are going to be another of the teams contending for a state run in Class 5A Region 4.

2. Key West is a legitimate contender in 5A.

Anthony: Fact. Key West pronounced themselves contenders when they defeated Pompano, and then handled both Keys Gate Charter and Gulliver Prep in their district. In just the first three weeks of the season, the Conchs have defeated the team that represented the region at states last year (Pompano), and both teams in their district. In a position to wrap up their district top seed, Key West will be a team everyone in the region should watch out for come playoff time.

Rick: Fact. History speaks for itself, but the Conchs are also playing some good baseball and have beaten both district rivals already. They are in the driver’s seat for the top seed in the district and an automatic regional playoff berth in a game they could host if they win the district title. Key West is going to be a contender in the playoffs.

3. Westminster Christian’s strong start is a product of their schedule.

Anthony: Fiction. While the 6-0 start came against teams that all had losing records, the Warriors have too much talent both offensively and on the mound to simply point to the schedule as the reason for their start. Westminster will be among the top teams in the county, if not the state, for much of the season, and I see tight losses to Pace and Vero Beach as simply bumps in the road. I expect big things from the Warriors the rest of the way.

Rick: Fiction. From the looks of things it is a product of their offense, as they have scored 119 runs in their first eight games. They are on pace to score nearly 400 runs this season if they can keep this up!

Anthony: Fact. This was the toughest question of the week for me, because Goleman has been kind of Jekyll and Hyde so far in 2018. I had to go fact for a couple reasons. During their 0-4 start, the Gators lost three games, to West Broward, Palmetto, and district rival Miami Springs, by one run each. As good as Miami Springs has been early this year, it is hard for me to see Goleman getting swept by their district rival, so a 3-0 week looks possible.

Rick: Fact. It is very tough to win three district games in the same week, but the Gators are a good bet. They surely want some payback against their rival Miami Springs, and this could be a big week for them if they make it happen. Goleman has 37 district victories over the past four regular seasons, and they could make it 40 by week’s end.

5. Miami Country Day has arrived as a legitimate 4A-7 threat.

Anthony: Fiction. While the Spartans have been impressive in their early season play, they have not established themselves as contenders for the top spot in 4A-7. The good news for Country Day is that this week will go a long way in proving to everyone that the Spartans are for real. A home game against Chaminade-Madonna on Tuesday, followed by a road match-up with University will provide an opportunity for Country Day to run their record to 7-0, and 4-0 in district. Should they come out of this week undefeated, the answer will turn from fiction to fact.

Rick: Fiction. They are off to a 5-0 start and I would consider them on their way as opposed to arriving. They play Chaminade-Madonna and University School this week and wins in both of those games will make me a believer. So far their offense has not been as consistent as I would like to see in such a heavy-hitting district.