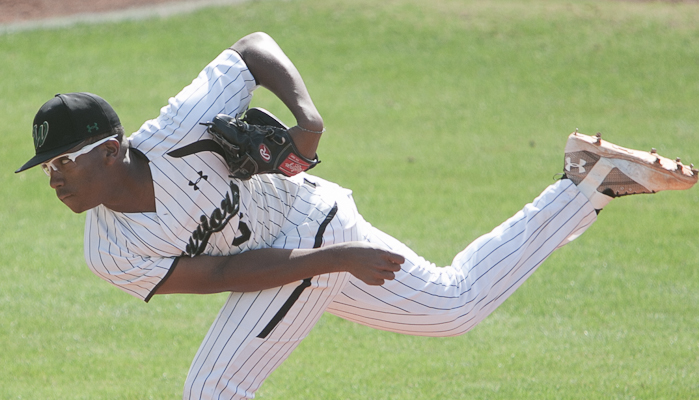 Fairweather, a verbal commit to FIU, gave up just two hits while walking three. He struck out four and was in control throughout in lifting the hosts to a 9-3 record this season.

“I felt good. I was working on some stuff, moving the ball up and down, in and out, and not leaving anything over the plate,” Fairweather said. “I faced this team last year, so I came out prepared. I threw some good off-speed pitches.”

Jupiter lost for the third time this week and saw its record even up for the season at 6-6.

“We struggled this week, we’re trying to find out way,” said Jupiter manager Andy Mook. “We’ve got to come up with something to change things up. Maybe losing three games this week will do it.”

Fairweather got all the run support he needed in a four-run second inning. The big frame was highlighted by a two-run double from sophomore Raul Ibanez, who went 2-for-3 with a walk.

“I’d been struggling this week,” said Ibanez, who added that putting in some extra work paid off. “I’ve been hitting in the cage and felt more comfortable at the plate.” 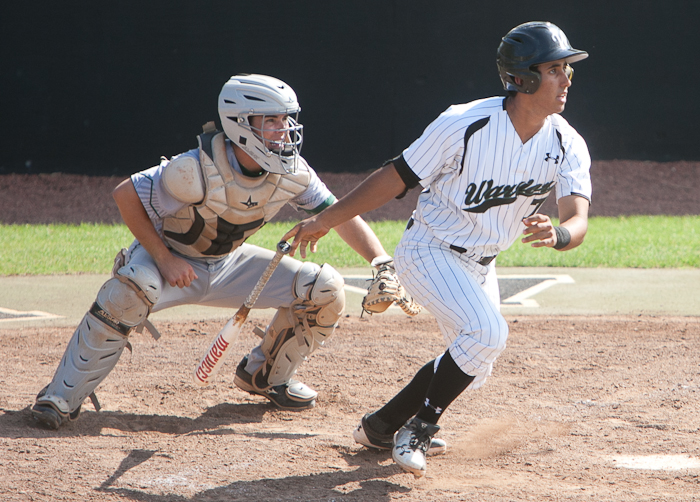 Ibanez drove in both freshman Jayden Melendez and junior Alec Jacomino (2-for-2, double, RBI, run) after each reached on an error. Those miscues plated courtesy runner Jose Carpena and Bruno Ghisellini. Carpena was running for Fairweather, who walked. Ghisellini was hit by a pitch.

“We capitalized on our opportunities,” said Westminster Christian manager Emil Castellanos. “We needed it; we’ve had some tough losses.”

But Fairweather made sure that trend did not continue. That, and some timely hitting as well. Jacomino drove in a third-inning run with a single to increase the lead to 5-0, and Anthony Vilar crossed the plate with the game’s final run an inning later on a fielder’s choice grounder off the bat of Danny Perez. 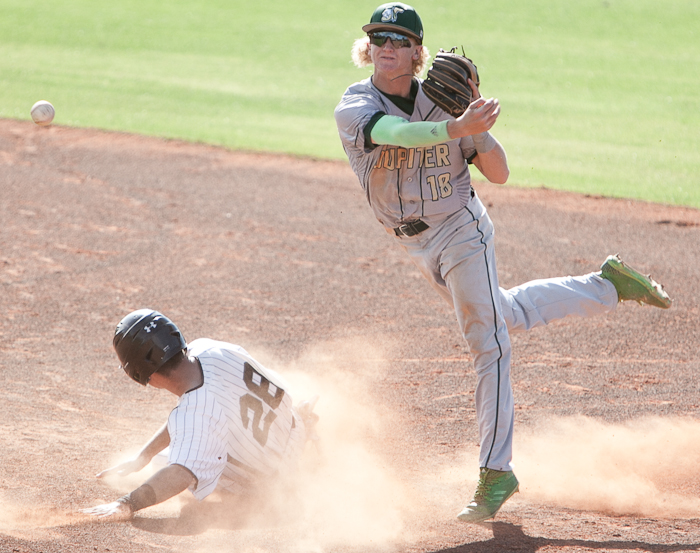 Jupiter threatened to score in the third inning when Logan Etherton was hit by a pitch to open the frame and moved to second on a single by Michael Robinson. A Dakota Gaillard sacrifice bunt put both runners in scoring position, but both were stranded.

Gaillard reached third in the fifth inning after lining a two-out double and advancing on a wild pitch. Jupiter also loaded the bases in the sixth inning on singles by Cameron Sorge and Peter Crowley, with a walk to Jake Garland sandwiched in between.

But Jupiter left them loaded and for the game, stranded 10 base runners.