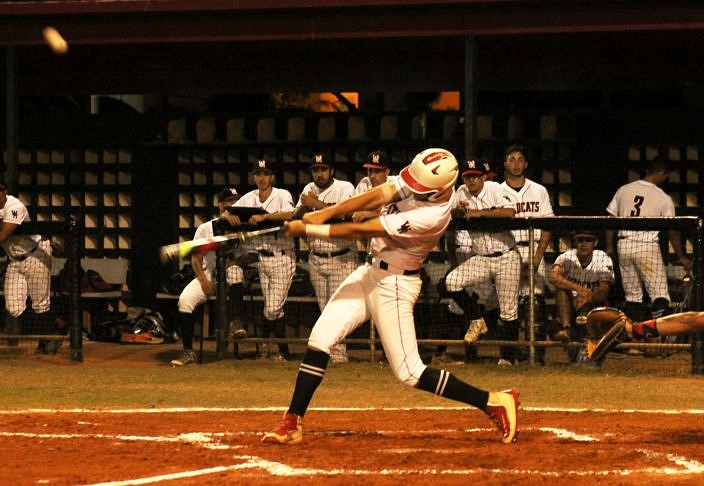 Robin Fernandez puts a good swing to drive in a run with a sac-fly RBI in the first inning.

A hot start helped lead to a key victory for the Westland Hialeah Wildcats on Monday, in the second day of action in the HSBN March Madness Shootout at Davis Field in Oakland Park. Westland scored all its runs in the first three frames, then did just enough to hold off a spirited Northeast Hurricanes rally for a 6-5 victory. Reliever Jose Sosa recorded a called strikeout with the bases loaded in the top of the seventh inning to preserve the win that improved the Wildcats (8-5) to 1-1 in tournament Pool Play.

“It was a tough game. Northeast is scrappy and fought until the end. We were lucky to pull that one out,” Westland manager Jose Alvarez said.

Westland scored an unearned run in the first to grab a lead it held the rest of the way. Michael Uz reached on an error, advanced on a grounder from Emmanuel Rodriguez and then came home thanks to a sac-fly RBI from Robin Fernandez.

The Wildcats then broke things open in the second. Catcher Rolando Martinez singled to left and gave way to courtesy-runner Gilberto Diaz, and Gian Munoz laced a single past third base to put ducks on the pond. Marlon Cuesta then put a charge into the ball and sent it over the left field fence for a three-run home run and a 4-0 lead. 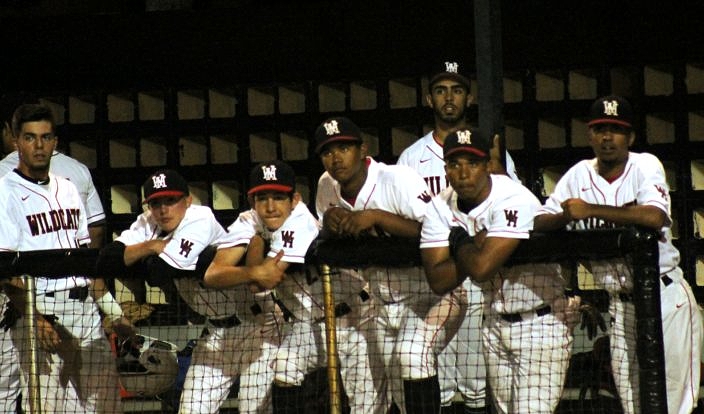 The Hurricanes were not affected by the large deficit and went to work chipping away to get back into things. Robert Zuany led off the top of the third with a solo home run to left field that got Northeast (5-7) on the scoreboard. When Westland answered that with a two-RBI single from Uz that drove in Diaz and Ronaldo Martinez in the bottom of the third, the Hurricanes countered with two more runs in the fourth. Nick Donatucci smacked a ball to the fence and led off with a triple, Tyrone Bell Jr. drove him in with an RBI single to left and then an error allowed courtesy-runner Samuel Betancourt to also score.

“We’re preaching seven strong and better baseball IQ and they’re making strides,” Northeast manager Mike Goulette said. “We’re almost where we need to be. We need better quality at bats and cut down the mistakes defensively without falling apart.”

Northeast capitalized on a defensive mistake for a run in the fifth. Ben Steinberg reached on an error, moved to second when Nick Steinberg walked and advanced on to third thanks to a sacrifice bunt from Mickael Pierrot. Donatucci then lined out deep to center for a sac-fly RBI. He also walked with one out in the seventh to ignite that rally, as Ben Lewis was then hit by a pitch and Timmy Gallegos loaded the bags with a base hit to center. A passed ball allowed Donatucci to come in and put the tying run at third, and a walk to Logan Rose again loaded the bases before Sosa entered and recorded his one and only valuable out.