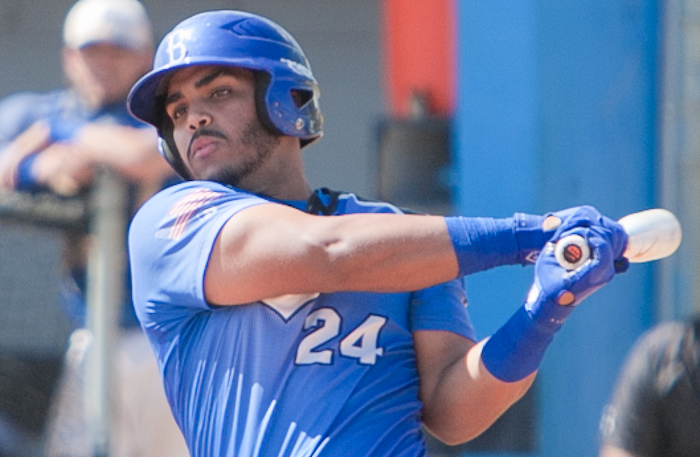 In what first appeared to be headed for a runaway turned out as a nail-biter on Thursday. The Braddock Bulldogs hung on for an 8-7 non-district win at home over SLAM Academy.

The Bulldogs (12-10) scored three runs in the first inning, highlighted by RBI doubles from both Yohandy “Yo-Yo” Morales and Albert Navarro.

“I took a two-strike approach, taking it the other way,” said Morales, who was 1-for-3 with an RBI and two runs. ” It was a good feeling to get up ahead early. It’s always great to get a win and keep the momentum up.”

Braddock then piled on with five more in the third. The Bulldogs took full advantage of three walks, a hit batter and a sacrifice fly to take what looked at the time like an insurmountable 8-2 lead.

“We were sticking to our game plan and getting good at-bats early in the game,” said Braddock manager Wesley Morejon. “We got impatient later on.”

Braddock managed just two hits after the third inning because of a brilliant four-inning relief effort from SLAM Academy’s William Santos. The Bulldogs had to hold on for dear life as the Titans (5-13) rallied for three runs in the fourth and scored two more in the seventh to make it a one-run game with the tying run at third and only one out.

Braddock had things going their way early in Thursday’s game with SLAM Academy. The Bulldogs held on for an 8-7 non-district win.

That’s when Morejon called on veteran reliever Gabriel Martinez. The senior slammed the door on any further Titans comeback, getting a strikeout and a pop out to end the game.

“Those last three outs are always the hardest to get,” Morejon said.

The way the Titans battled is nothing new to first-year manager Eric Florin.

“We like to take it to the late innings,” Florin said. “Especially with a lot of young guys on our roster. But they always compete and have good at-bats.”

The Bulldogs had things going their way early on. Morales was the first of three consecutive Braddock batters to lead off the third inning with a walk. All three scored. Maikol Leon and Ramon Hernandez provided RBI singles. Yandy Morales was hit by a pitch with the bases loaded, Leon scored on a wild pitch, and Jovanny Felipe lifted a sacrifice fly to score the final run of the inning. 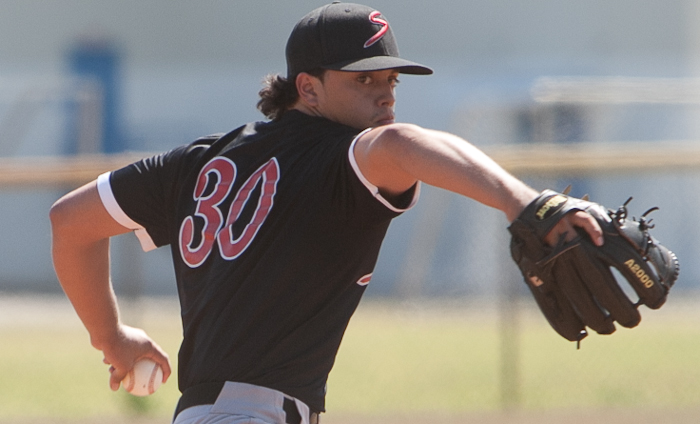 The Titans answered with a three-run fourth, taking full advantage of three walks. Marco Podboy-Navarro, Santos and Jorge Blanco all worked free passes. Like Braddock, all three scored. Jean Diaz came through with a clutch two-run single, and Blanco scored on a wild pitch.

Things really tightened up in the seventh after SLAM Academy’s Roger Hernandez and Ryan Sablon delivered consecutive one-out singles. Both were chased home by an Omar Montanez triple.

But that’s when Martinez came on in relief to record the final two outs and a save for starter Alejandro Perez, who went four innings and allowed three hits and five walks while striking out six.