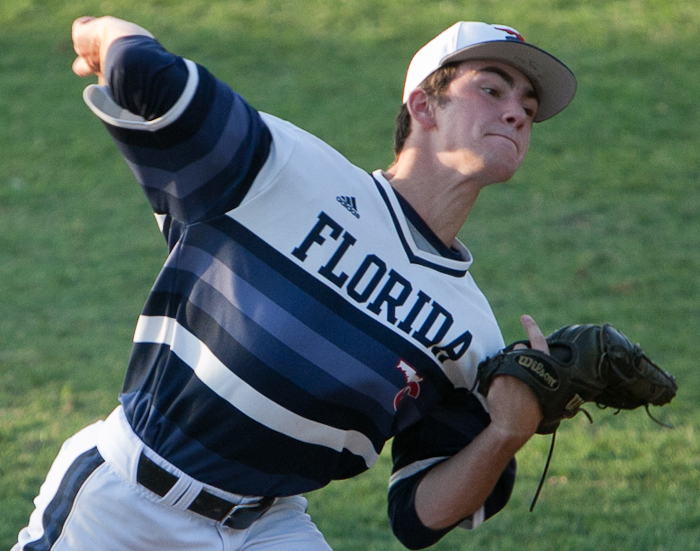 Florida Christian pitcher Matthew Fernandez worked six innings to get the win in a 2-1 victory over Miami Christian on Tuesday.

Carlos Perez delivered a clutch, two-run single and Florida Christian pitcher Matthew Fernandez turned in six quality innings in the Patriots’ 2-1 win over visiting Miami Christian on Tuesday night. The two top seeds from their respective districts continued to prepare for the postseason, which begins next week.

In a battle of top 10 teams from the latest Miami-Dade Power Rankings, the No. 9 Patriots snapped a two-game skid and improved to 16-8 for the season as they enter the 4A-8 playoffs as the No. 1 seed. The No. 3 Miami Christian Victors saw their win streak halted at seven games. The top seed from 2A-8 had won 16 of their last 17 games before coming up short in Tuesday’s pitchers duel.

“That’s a good, quality win for us heading into the playoffs,” said Florida Christian manager Chris Brigman. “It’s what you want going into next week.”

Perez bounced a one-out single up the middle in the third inning to score both Patrick Chen See and Robert Sotolongo to give the Patriots a 2-0 lead. Each had opened the inning with consecutive singles and were moved into scoring position on a perfectly-placed sacrifice bunt by Darian Lopez.

“I was just looking for a fastball that I could hit up the middle,” said Perez, who praised Miami Christian pitcher Alejandro Rosario for his complete-game performance. “He did a good job of mixing up his pitches,” Perez said. 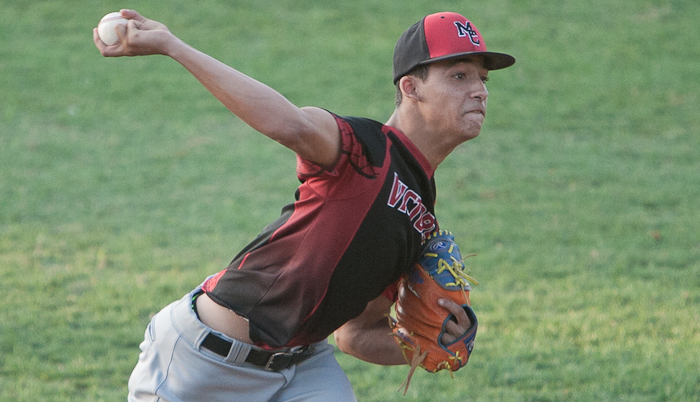 Matthew Fernandez matched Rosario pitch for pitch, allowing just one fourth-inning run. His pick-off throw sailed past first base and up the right-field line, allowing Miami Christian’s Arnold Ruiz to score from second. Ruiz opened the inning with a walk, and advanced on a walk to Eduardo Castillo.

Allowing just one hit over his six innings of work, Fernandez struck out nine and walked three to pick up his fifth win of the year. The only hit allowed was a sixth-inning lead-off single to Luis Alcantara.

“He’s been like that for us all year,” Brigman said. 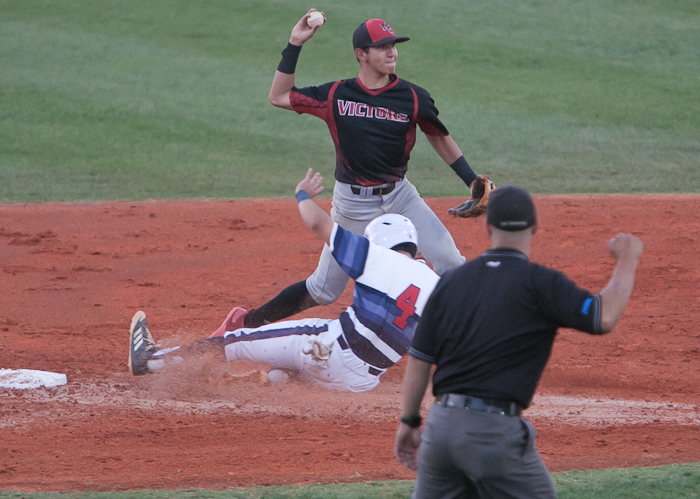 Miami Christian turns a double play in a 2-1 loss to Florida Christian on Tuesday.

In command throughout, the fourth inning was the only inning that Fernandez allowed more than one base runner. It was also one of only two innings in which he allowed a base runner past first base.

“Matt’s pretty good,” said Perez, the Patriots’ catcher. “He was controlling his pitches. He had a good fastball and his slider was working well.”

Nick Del Prado finished up, working a clean seventh inning, striking out one, to nail down the victory and record a save.

Florida Christian’s Kevin Vittoria also had a big night at the plate, going 2-for-2 with a pair of singles and a walk.