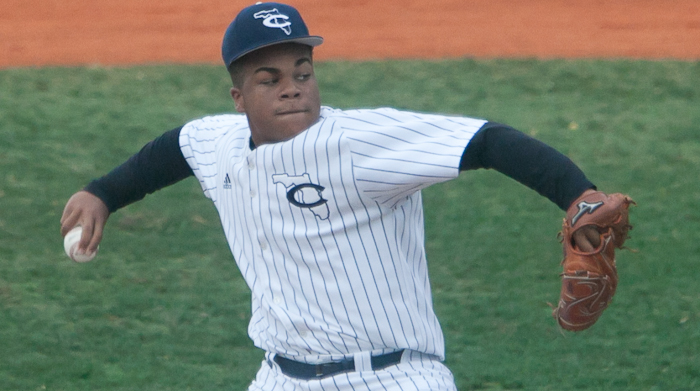 Florida Christian pitcher Orlando Hernandez picked up the win on Thursday with six quality innings in the Patriots’ 7-1 victory over Braddock.

Florida Christian stole five bases in the first two innings, helping to produce three runs, and Patriots’ starting pitcher Orlando Hernandez made that lead stand up with six strong innings on the mound for a 7-1, non-district win over visiting Braddock on Thursday night. The Patriots bounced back after dropping three of four games last week at the IMG National Classic in Sarasota.

Florida Christian mustered only one hit in those first two innings, a run-scoring single by Jimmy Heyworth, before adding four more runs in the fifth inning. Two of those were scored on a perfectly-executed suicide-squeeze bunt from Sebastian Lopez.

“We were aggressive early; that was our game plan,” Florida Christian manager Chris Brigman said. “We needed that (win tonight) to get us back on the right track.”

Now 12-5 overall, Florida Christian has completed district play with a perfect 8-0 mark and continues to prepare for the postseason.

Braddock slips to 8-7 for the season and visits non-district foe Hialeah on Friday before returning to 9A-15 play Monday, when it puts a 3-2 league mark on the line hosting Columbus.

“We gave them a few chances and they did their job,” Bulldogs manager Wesley Morejon said of the Patriots. “We faced Hernandez before; he’s always tough.”

The sophomore right-hander pounded the strike zone for the Patriots and limited Braddock to just three hits over six innings. In picking up his fourth win of the season, Hernandez struck out seven to bring his total to 45 Ks for the season. He walked only one. 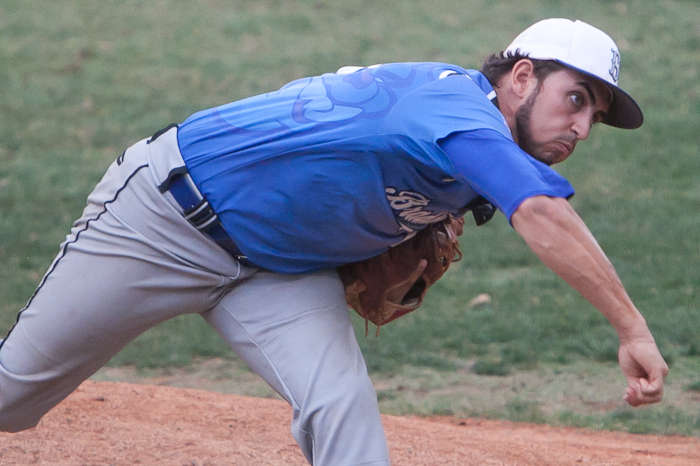 “I felt good out there tonight. My fastball was working,” said Herandez, who seemed to get stronger as the game went on. He struck out four of the final six batters he faced and did not allow a hit after the second inning. “I just went out there to throw strikes. I felt stronger (as the game wore on). I had more energy.”

Robert Sotolongo stole two bases in the first inning after being hit by a pitch. He stole second and then swiped home on a double steal to give the Patriots an early 1-0 lead without the benefit of a base hit.

Lopez walked and scored on a pair of throwing errors in the second inning to break a 1-1 tie and give the Patriots the lead for good. Brandon Denis followed with two stolen bases after also drawing a walk. He scored on Heyworth’s single, the Patriots’ first hit of the game, extending their lead to 3-1.

Heyworth moved to second on a wild pitch and promptly stole third, for his team-leading 10th stolen base of the year. 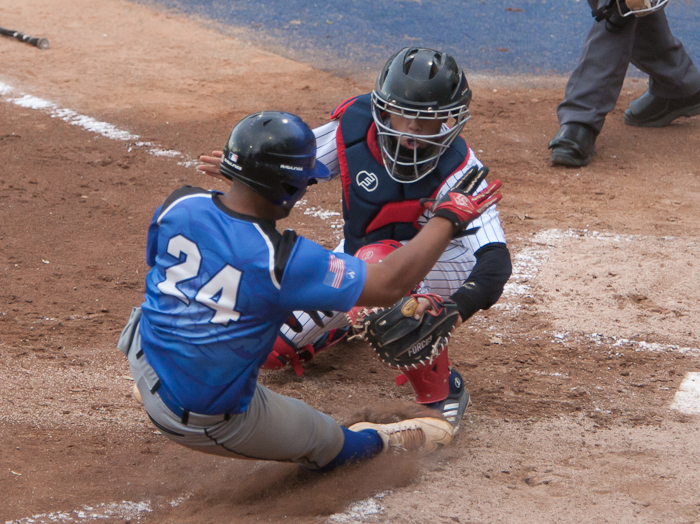 Florida Christian records an out at home plate in the Patriots’ 7-1 win over Braddock at home Thursday.

The score remained the same until the fifth inning, when the Patriots put the game out of reach. Sotolongo singled and scored before Ricky Macias reached on an error, Jason Gonzalez was hit by a pitch and Angel Gutierrez walked to load the bases.

That’s when Lopez dropped down the bunt, scoring Macias. On the throw to first base, Gonzalez never stopped running and came around to score as well. Denis punctuated the fifth-inning outburst with a single, plating Gutierrez.

Braddock tallied its lone run in the second inning. Joel Franco lined a one-out double and moved to third on a wild pitch. Maikol Leon got the RBI with a sacrifice fly.

But, after walking Matthew Mendez to lead off the Bulldogs’ third inning, Hernandez did not allow another base runner until a pair of sixth-inning errors.