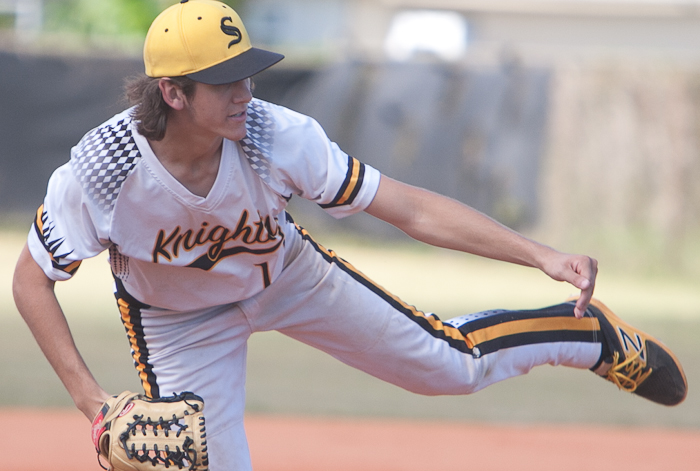 Diaz went 3-for-3 with a walk as the Knights piled on early, scoring all their runs in the first three innings before coasting to their ninth win at home this year without a loss.

“It feels great,” Diaz said of his big day at the plate. “I saw the ball like a watermelon today.”

The Knights (12-2) gave Lann all the run support he needed. They scored three first-inning runs and then tacked on two more in the second inning, before a five-run third made it 10-1.

“I felt like we had some momentum early, but our pitching just wasn’t there,” Hialeah manager Juan Garcia said.

The Thoroughbreds scored first with a run in the top of the first inning. Lazaro Mendoza opened the game with a double and Stephen Garcia sent him home with a single, giving Hialeah a quick 1-0 lead. 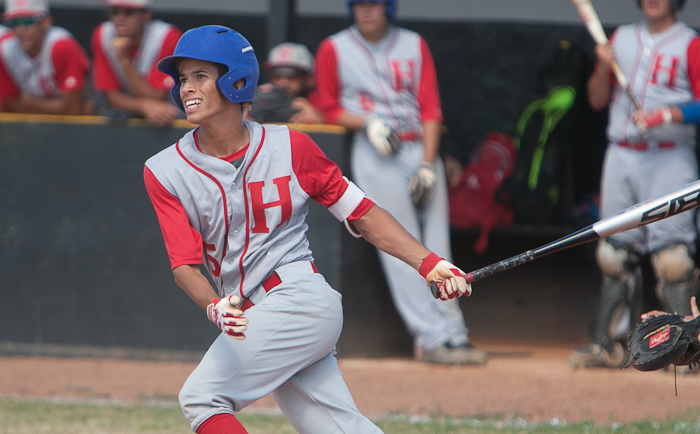 But Lann soon settled into a groove and the Knights’ senior left-hander allowed just one batter past first base after the second inning.

Sunset answered in the bottom of the first, scoring three times with just one hit, a single by Erick Reyes, who went 1-for-2 with a stolen base, two walks and three runs scored. The Knights capitalized on three walks and two hit batters to put together the big first inning. Colyn Rubio drew a bases-loaded walk, and two more runs scored each on wild pitches.

Michael Suarez drove in Reyes with a double to spark a two-run second inning. Diaz followed with an RBI single.

Hialeah’s Branden Lobaina looks to complete a double play from his knees in Tuesday’s game at Miami Sunset.

The Knights put the game out of reach in the third inning, sending 10 batters to the plate and scoring five runs. Singles from Reinaldito Valdez and Jose Hernandez produced a run apiece, and Diaz drove in two more with a single. Jonathan Ramallo added a sacrifice fly, scoring Hernandez, who singled twice in the inning.

Hialeah closed the gap in the sixth inning when Kevin Warrens, Luis Aquino and Henry Hernandez opened the inning with walks, and all three crossed the plate. Jorge Bellido de Luna singled to score one run and Kevin Barreneche lifted a sacrifice fly to plate another. Warrens scored on a wild pitch.