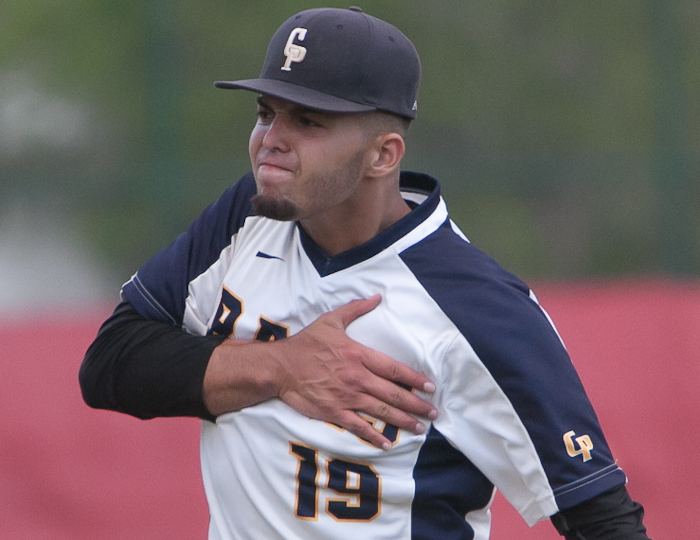 Coral Park reliever Allan Hernandez was all heart on the mound and at the plate in the Rams’ 11-8 comeback victory over South Miami on Monday in a 9A-14 semifinals playoff game.

Though there were a few anxious moments, especially in the middle innings when nothing seemed to be going right, the Coral Park Rams never gave up and never lost faith. That faith was rewarded in their 11-8, comeback win over South Miami on Monday, in a 9A-14 semifinal playoff game at Coral Gables.

The Rams (16-9) await the winner of Tuesday’s other district semifinal match-up between Coral Gables and Miami Beach. The 9A-14 finals are set for 4 P.M. Wednesday, also at Coral Gables.

For the longest time it looked like South Miami (12-10-1) would be the team to move on in the postseason. The Cobras shocked Coral Park with a four-run first inning and then added three more in the third inning to build a 7-1 lead they enjoyed until the bottom of the fifth.

“I thought we had it when it was 7-1,” South Miami manager Howard Cuervo said. “But they’re a good team. They took advantage. We had two or three huge errors. In the playoffs you have to play without errors, and they came back. We’re a young team trying to get experience. We’ll learn and grow from this.” 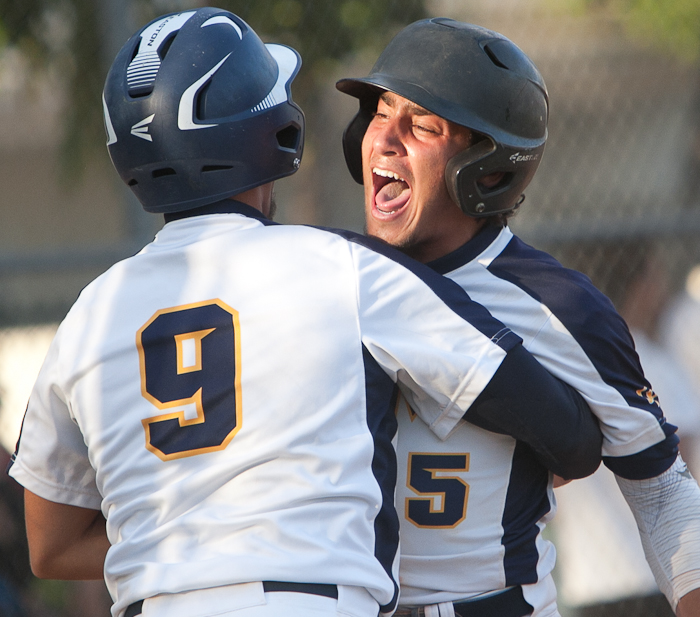 Coral Park rallied for five runs in each of the fifth and sixth innings to erase South Miami’s 7-1 deficit on Monday.

That’s when momentum swung for Coral Park. The Rams scored five runs in the fifth to make it a one-run game, and then added five more in the sixth to take an 11-7 lead.

But the 3-hour, 21-minute, seven-inning marathon wasn’t settled until Coral Park reliever Allan Hernandez got the final out of the game with two runners on base and the tying run at the plate.

Hernandez picked up the win with four-and-a-third innings of stellar relief work. The 6-5, 200-pound junior slammed the door on South Miami, limiting the Cobras to just two hits. He struck out six.

“I just came in and tried to pound the strike zone,” Hernandez said. “After a few innings the momentum started to swing our way.”

He helped turn things around at the plate as well, going 2-for-3 with a double, two RBIs and two runs scored.

“Just trying to get the barrel on the ball,” Hernandez said.

South Miami had it going all its way early. The Cobras struck for four hits and took advantage of three walks to take a 4-0 lead in their first at-bat.

Sean Tejeda delivered a two-run single, scoring both Kenneth Diaz (2-for-4, walk, 3 runs) and Yassel Pino (2-for-3, double, 2 runs), after each had singled to open the game. Kevin Serrano drew a bases-loaded walk, and the Cobras scored on a wild pitch. 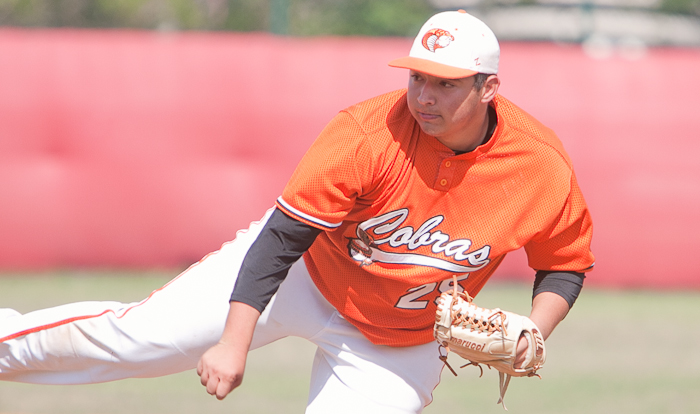 Four more walks in the third inning, and three wild pitches allowed the Cobras to score three runs on just one hit, a single by Diaz.

That’s when Hernandez came on to put an end to the Cobras offense.

Up until the fifth inning, the only damage the Rams could do was a first-inning run. Zachary Neto (3-for-4, triple, 2 RBIs, 2 runs) singled and scored on an error. But the Rams took full advantage of two walks and a hit batter in the fifth inning to climb back in it. Adrian Rodriguez (3-for-4, 2 RBIs, 2 runs) and Hernandez produced RBI singles, another run scored on a wild pitch, and Neto banged a two-run single to make it a one-run game.

They completed the comeback in the sixth. Rodriguez opened the inning with a double and Eduardo Diaz coaxed a one-out walk. Rodriguez scored on a single by Hernandez and Diaz came around for the go-ahead run when the ball was mishandled in the outfield.

The comeback was punctuated by Bran Socorro, who, with the bases loaded, cleared them with a double, sending the Rams to Wednesday’s district finals.

“We’ve got to come with all we’ve got,” Hernandez said.