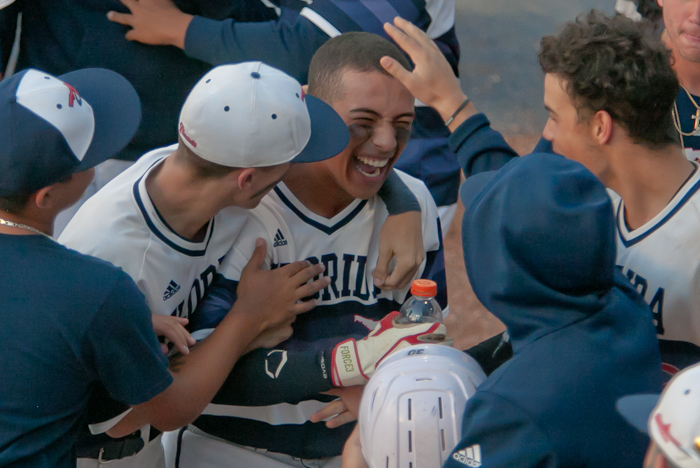 Florida Christian Patriots Jason Gonzalez is all smiles after his solo home run opened the scoring in the second inning of a 3-2 win over Westminster Academy in the region semifinals.

The Patriots (21-8) escaped with the win, recording the final out on a bang-bang play at first base with the bases loaded and two outs in the seventh inning. The call could have gone either way, but Florida Christian is on its way to the regional finals, where they’ll travel to meet Calvary Christian for the regional title at 4 p.m. on Tuesday.

“It’s our second one-run game in four days,” said Patriots manager Chris Brigman, whose team survived a 5-4 decision over Westminster Christian in the 4A-8 championship game. “We know Calvary Christian is an above-quality team. We’re going to go up there and see what we can do.”

The Patriots did just enough to stay alive in the postseason, building a 3-0 lead on Tuesday and then hanging on as Westminster Academy scratched across a run in the sixth and another in the seventh.

Sophomore starter Matthew Fernandez threw five scoreless innings of one-hit ball, striking out 10 without walking a batter. He appeared to only be getting stronger as the game wore on, striking out the side in the fifth inning. 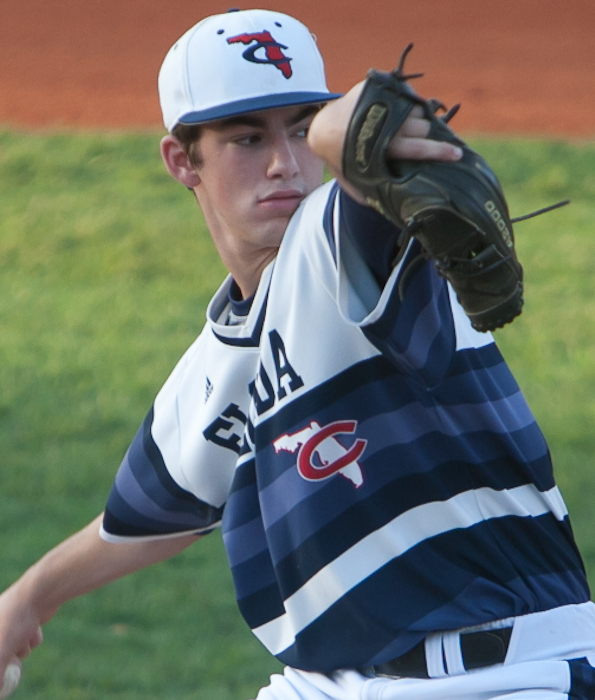 But that was also the end of his day. After going six-and-two-third in his last outing on Friday, Brigman said he wasn’t going to push his right-hander.

“He’s been great all year,” Brigman said. “But after going that long last time, I thought it was time to go get him and let the bullpen finish up.”

Fernandez said he felt strong but understood the decision to go to the bullpen.

“I was feeling good,” Fernandez said. “If I got ahead, I stayed ahead, hitting my spots. But after Friday, they decided to let the bullpen pick me up.”

It turned out to be the defense that made the difference late. The Patriots turned a huge double play in the seventh and then ended the game with a too-close-for-comfort play at first to end the game.

Nick Del Prado, the Patriots’ third pitcher of the night, came on with the bases loaded and no outs with his team clinging to a 3-1 lead in the seventh. He coaxed the double play that scored a run for Westminster Academy, walked the next two batters to reload the bases and then got the final out to earn a save.

It was a heartbreaking defeat for the Lions, whose late rally fell just short.

“I hurt for our seniors,” Westminster Academy manager Nick James said. “We came here and battled. There was no quit, our guys grinded. You can’t ask for more than that. I couldn’t be more proud.”

Florida Christian appeared to have the game in hand early. Jason Gonzalez got the Patriots on the board first with a solo home run in the second inning.

“He was starting everybody with a fastball,” Gonzalez said of Lions starter Christian Petrisko. “So I was expecting fastball and he left it up. I hit it perfect.” 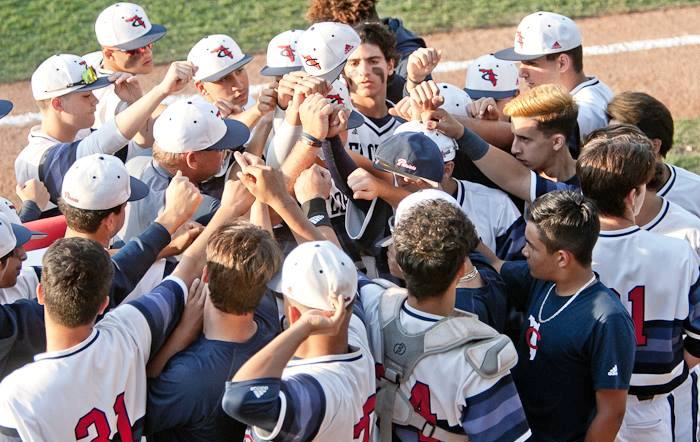 The Patriots increased the lead to 3-0 in the third with a pair of runs. Gonzalez walked with the bases loaded and Ricky Macias followed with the same outcome. Darian Lopez and Carlos Perez, who sparked the rally with back-to-back two-out singles, both crossed the plate.

But the Lions got one of those runs back in the sixth. Garrett Tunis singled, moved to second on a wild pitch, and came home on a single by Alec Villanueva.

It was a one-run game in the seventh after Dylan Cappadona reached on an error to open the inning, advanced to second on a single by Logan Reidel, moved to third on a walk to Logan O’Neil, and then scored when the Patriots turned the key double play.