Miami Christian Returns To States For First Time In 43 Years 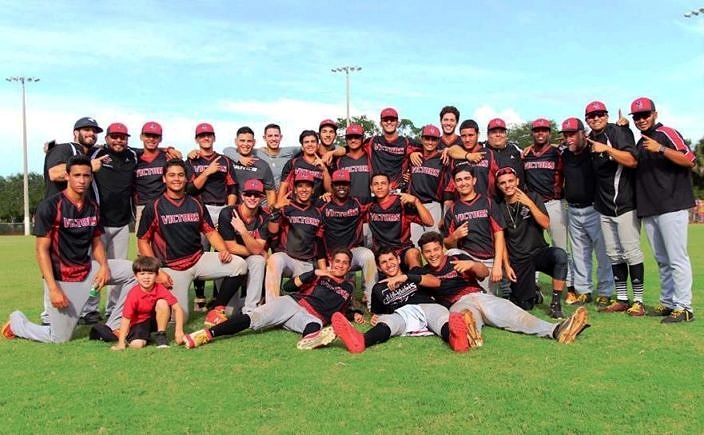 For the first time in 43 years, the Miami Christian Victors are heading to the state tournament.

Friday afternoon finally allowed for the Class 2A Region 4 championship between the Victors and the host Trinity Christian Warriors, at the Santaluces Sports Complex in Lake Worth. Having fallen to the two-time defending state champions the last two years, Miami Christian wasted no time in jumping out to a lead with all their runs in the first two innings. Freshman ace Alejandro Rosario did the rest, as Miami Christian held on for a 5-1 victory.

The Victors (22-5) will take on the Seven Rivers Christian Warriors on Friday, in a 2A state semifinal at Hammond Stadium in fort Myers. The Warriors (18-6) also advanced after defeating Seacrest Country Day 11-5 on the other side of the playoff bracket. The game will be Miami Christian’s first action in the state tournament since the 1975 season, when Gil Miller led the club to the Class A state championship for the program’s only state title.

It was a true team effort that helped the Victors finally get over the hump and advance past the dangerous Trinity Christian opponent. Nearly every offensive starter reached base, while Rosario went the distance on the mound. The young hurler allowed one earned run on four hits and two walks, while striking out four.

Momentum was on the Victors’ side from the start. After Arnold Ruiz walked and later scored on a passed ball, Jose Izzara followed with an RBI single that plated Jason Garcia to give Miami Christian a 2-0 lead against tough Trinity starter Angel Tiburcio. The following inning Diego Fernandez got it started with a lead-off double, Juan Guerra reached with a bunt single and Luis Alcantara smacked a triple that plated both runners. Alcantara then scored on a fielder’s choice RBI from Eduardo Castillo.