Pace Back In 5A Title Game After 4-3 Semifinal Win

Written by Anthony Uttariello on May 31st, 2018 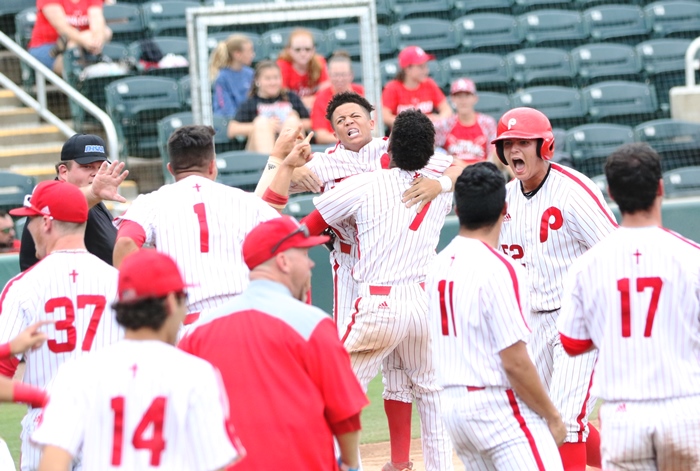 The Pace Spartans have played some of the most memorable, drama-filled state games over the past decade, and Thursday afternoon they added to that legacy.

Darian Fumero, in the game due to an injury to Michael Machin, played the role of unlikely hero, driving a single up the middle in the top of the seventh to send Pace to a 4-3 win, and a 5A championship game berth.

“I always say, I don’t keep players on our team that can’t contribute,” said Pace Manager Tom Duffin. “Darian has done his job all year, so today was nothing new to us. He prepares the way we ask him to, so he was ready when he got his spot. And he came through.”

Pace scored early in this one, with Sammy Infante hitting a one-out triple in the first inning. He then scored on a Mike Montes sacrifice fly.

On the mound for the Spartans was ace Yordani Carmona. The southpaw, who pitched in this same semifinal game two years ago for Archbishop McCarthy, was back on the mound after a year state hiatus, and he was nis usual, dominant self early.

Carmona’s teammate Victor Mederos made sure the Spartans ace had runs to work with, launching a two-run home run in the second inning, extending the Pace lead to 3-0. The home run was the first of the year for the powerful right-hander. 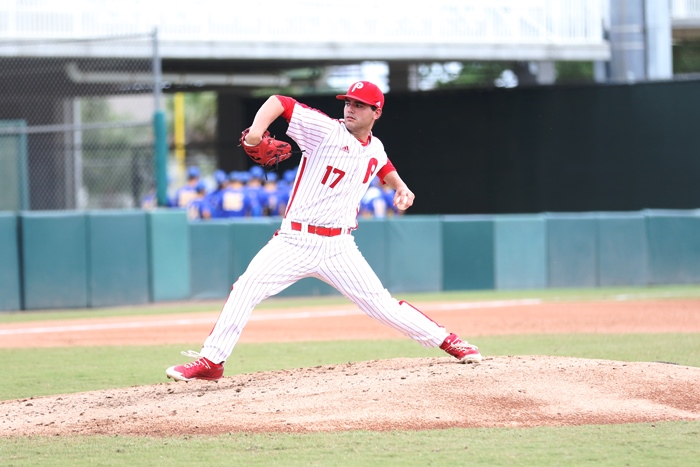 As for Mederos himself, the home run was part of the team concept.

“I got a fastball up and was able to get the barrel to it,” said Mederos. “I was glad I could get our ace a couple more runs to work with in that spot.”

Carmona then went back to dealing, not allowing a run to the Red Devils until the third.

In the fifth, Avon Park tied the score with a two-out home run off the bat of starting pitcher Josh Rivera.

“I just missed my spot and he did a good job of barreling it up,” said Carmona.

After the home run, Carmona settled in, and shut out the Red Devils in the sixth, which would be his last inning of work. He finished the day with eight strikeouts.

“It felt good to be back out there again,” he said. “I was just trying to hit my spots and put us in the best position to win.”

Carmona contributed to that cause when he came up in the top of the seventh and hit a two-out double to left-center. That set the stage for Fumero’s heroics. The sophomore hit the first pitch he saw up the middle to score Carmona.

“I knew he was going to come at me with a fastball,” said Fumero. “I was going to be agressive and was able to hit it up the middle. It was a great feeling to help the team win.”

The Spartans then turned the ball over to their closer, Luis Gonzalez. The senior dropped the Red Devils in order in the seventh, and secured Pace’s second title appearance in the past three years. The Spartans, ironically, will face the same team that defeated them in 2016, Bolles out of Jacksonville.

“We know that they are a very good team, and we like to think we have a pretty good team, so its going to be a heavyweight battle,” said Duffin. “We expect that the game will be close, and both teams will be ready to go.” 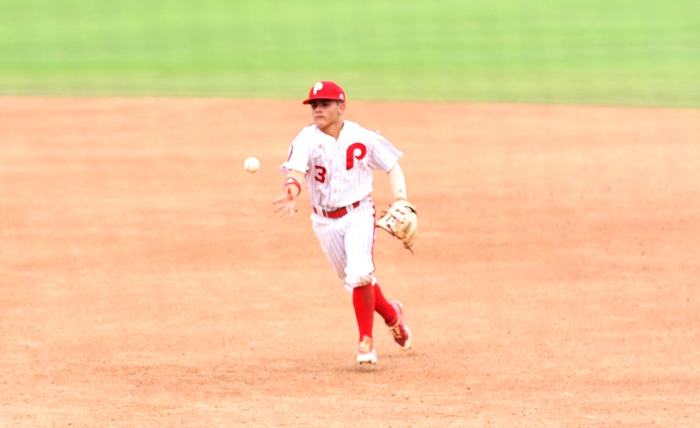 Mederos will be the likely starter for Pace, as he has been part of the Spartans one-two punch, along with Carmona, on the mound.

As for Fumero, today’s hero will likely be back in the lineup in the state final, should Machin be unable to go.

“Everybody on the team is ready and prepared for when their number is called,” said Duffin. “Darian will likely be back in there, and I’m sure he will do his job as he has all season.”