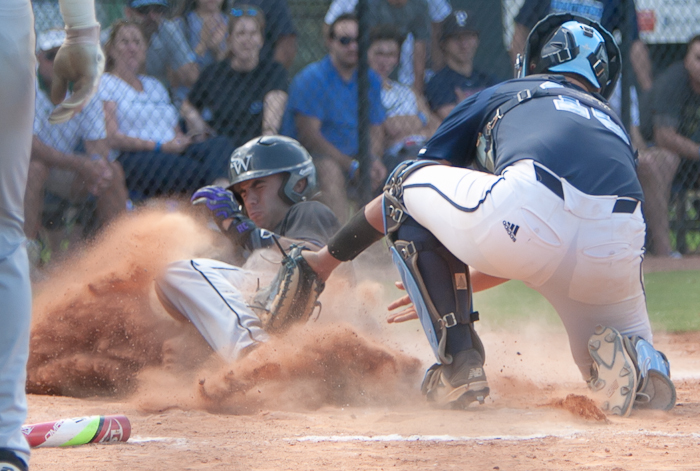 The action was intense on Tuesday as Palmetto came away with a 5-2 region quarterfinals playoff victory over Southwest.

Launch angles and exit velocity have no value around the Palmetto program. Small ball is the name of the game, and the defending 9A regional champion Panthers proved it to be successful once again on Tuesday in a 5-2 regional quarterfinal win over Southwest Miami at Coral Reef Park.

The Panthers (23-4) advance to the regional semifinals next week to take on Columbus, 3-1 winners over Coral Reef.

“We play small ball a lot,” said Palmetto manager Danny Smith. “We have to be able to move runners over to open things up. We have to do the things that are necessary for that to happen.”

The Panthers executed that game plan to perfection on Tuesday, using the bunt to ignite a three-run fifth inning that erased a 2-1 deficit. Palmetto didn’t need a hit to score those three runs, just a couple of well-placed bunts.

Kyle Krtausch opened the inning with a walk, and Patrick Mormile reached on a bunt. Charles Kavalir also bunted with a throw attempt at third base sailing down the left-field line, allowing two runs to score. A sacrifice fly plated Kavalir and the Panthers led 4-2. 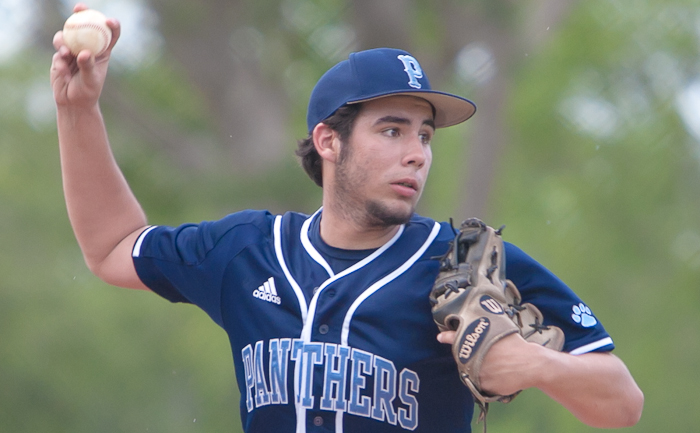 Palmetto Panthers starting pitcher Ryan MacInnes went 5 2/3 innings on Tuesday to earn the win in a 5-2 victory over Southwest.

They added an insurance run in the sixth when Gabriel Garcia singled and was bunted into scoring position for Krtaush, who came through with an RBI single. Garcia helped the Panthers to their first run. He doubled and Palmetto took a 1-0 in the second inning on an error.

“I was just trying to get on base and stay left-center, be ready to take the fastball that way,” Garcia said.

It was enough offense to make Palmetto starter Ryan MacInnes a winner. The senior right-hander went five-and-two-third to earn the victory.

“I was mostly working on the change up to left-handed hitters, then paint the fastball,” said MacInnes. “I felt like my arm got better and better as the game went on.”

Victor Valderrama put out a sixth-inning fire, thanks to a stellar play by Kavalir at third base to end the inning. He then closed it out in the seventh to pick up a save.

Southwest (15-11-1) scored twice in the fourth inning to take a 2-1 lead with a little small ball of its own. Catcher Jorge Tejeda bunted for a base hit and Eddie Sierra drew a walk. Both runners made their way around the bases to give the Eagles the lead. 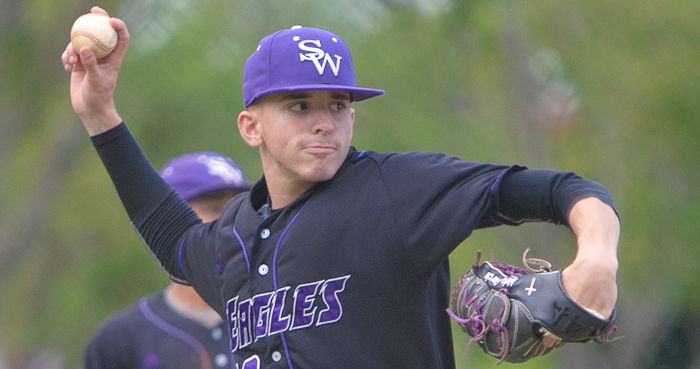 Normally that would be enough offense for Southwest ace Mario Garcia, who threw a complete game. But four unearned runs were the Eagles’ undoing.

In his second season at the Eagles’ helm, Pelaez is optimistic about the future of the program.

“We’re going to continue to get better,” he said. “Our whole pitching staff is back. We’ll be back.”