Written by Anthony Uttariello on May 29th, 2018 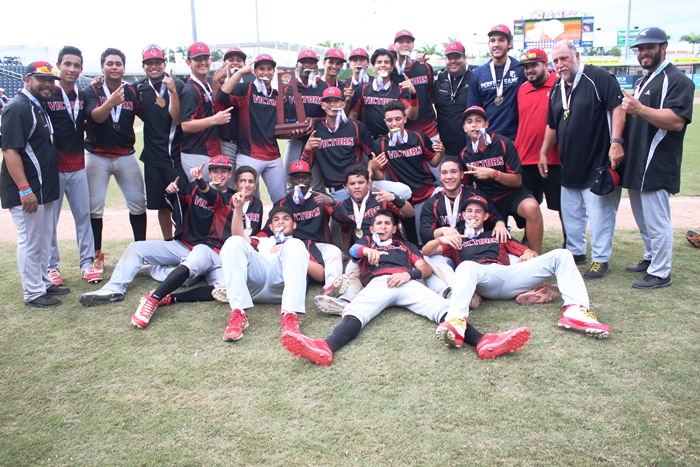 When Manager Chris Cuadra took over the Miami Christian baseball program six years ago, he envisioned often the scene that played out Tuesday in the 2A state championship game. His players would be celebrating joyously the programs first title in over four decades.

In a long day of baseball that included finishing their state semifinal game with Seven Rivers Christian, the Victors put the finishing touches on their magical season with a dominant 9-3 title game win over Wakulla Christian, securing their first state title since 1975.

“It’s been a long six years to get to this point,” said Cuadra. “These guys have worked really hard, and everyone around the program worked real hard to get us back on top. I am so proud of the way these guys played not only today, but really throughout the entire year.”

To anyone that has followed this Miami Christian team in 2018, the result should come as no surprise. The Victors spent almost the entire season in the top five of the HSBN Miami Power Rankings, yet still they were questioned from the outside.

“The players always woke up and looked every Monday for where they were ranked,” said Cuadra. “They had a clear goal of winning this state title since the season began. We have been getting real close the past couple of years, and to finally get over the hump feels amazing.”

The Victors brought their offense with them to Fort Myers, scoring a combined 22 runs in two games, with almost every player in the lineup contributing. In the semifinal win, Luis Alcantara went 2-for-4, with two runs and an RBI, and Danny Miguel had three hits and four RBIs. Diego Fernandez added two RBIs and a run.

On the mound in the opener, Mario Fernandez did the heavy lifting, throwing the final six innings of the game, allowing three earned runs and striking out eight.

The Victors began their semifinal game this weekend, but weather saw the game postponed until Monday morning. That left the team to finish up their semifinal win, and then wait three hours before heading back to the field for the championship game.

“The layoff between games was definitely something I was concerned about,” said Cuadra. “It was a long wait for the guys, and I know they wanted to get right back out there and play.” 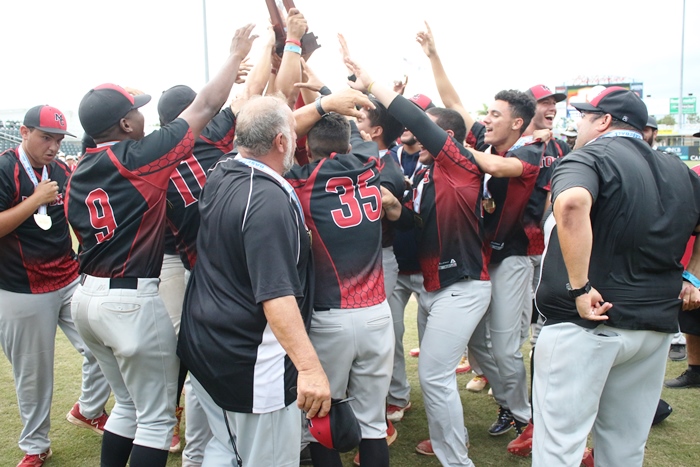 Once they did get back on the field, the offense picked up right where they left off in the semifinal game, scoring two runs in the second, and then putting the game away with three runs in the fourth and four runs in the fifth.

Fernandez was again at the center of the offense, breaking the game open with a three-run double down the right-field line in the fifth. The senior, who is headed to the Coast Guard after graduating, was emotional after his last at-bat and throughout the postgame celebration.

“It just hit me all at once that this was going to be the last game I ever played,” said Fernandez. “I couldn’t have asked for a better way to go out then as a state champion, but it still was very emotional.”

“We knew we were going to come out aggressively,” said Pedraza. “Once we got the offense going, we all were hitting, and the game became fun. It’s just a great feeling right now.”

Alcantara had two hits in the game, and Arnold Ruiz, Eduardo Castillo, and Miguel all got their names in the state record books with hits in the championship game. 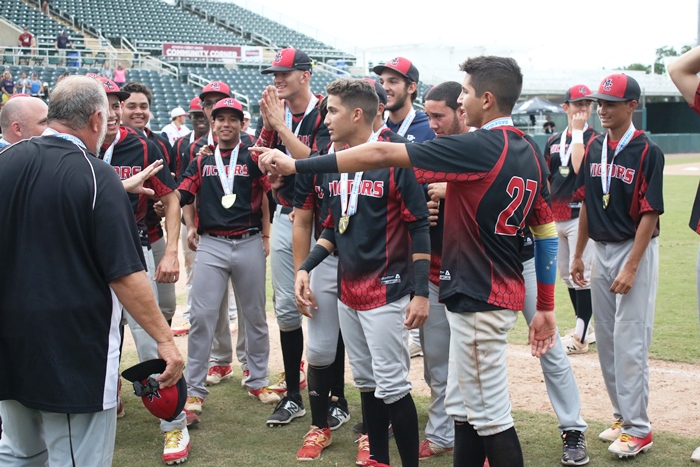 As for the other side of the ball, Jason Marano, Jason Garcia, and Alejandro Rosario scattered six hits, while allowing three runs. Marano shut out the Saints for the first four innings, with Garcia working the fifth and sixth, and Rosario closing out the state title win in the seventh.

“It was a bit stressful,” said Marano. “We had to sit around and watch the 1A title game, and once we saw that game, and the celebration, we wanted to have one of our own.”

The righty said his approach was simple.

“I wanted to throw strikes and get ahead. Once our offense started scoring all those runs, we kind of knew we were going to win, and we just had to keep focused and finish out the game. It felt great.”

The win caps a 24-5 season for Miami Christian, and although the final HSBN Miami Power Rankings won’t come out until after the state series is complete, the Victors have made their claim to be number one at the end of the year.

“It is a great way for our seniors to go out,” said Cuadra. “I can’t even describe the feeling right now.”