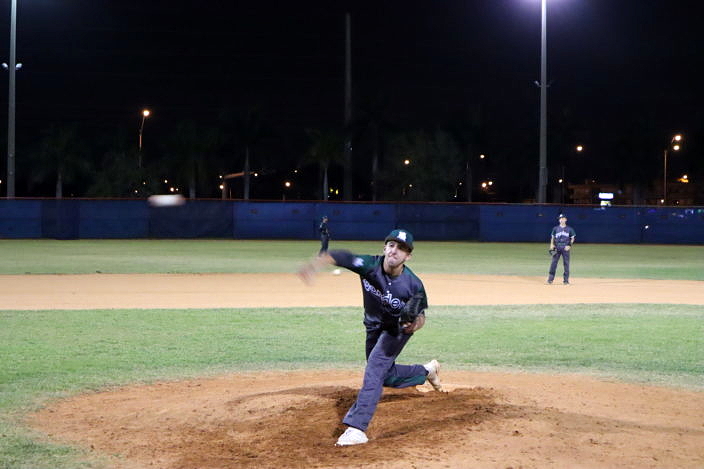 The atmosphere when Hialeah and Hialeah Gardens face each other is simply electrical. Almost a thousand people gathered at Alex Fernandez Park in the City of Hialeah to witness an incredible baseball game where a great pitching performance, a golden hit and several errors were the main attraction of the night.

In the end, it was the Gladiators who prevailed, 4-2.

The pitching performance of the night came from Nick Pazos, who despite the huge crowd and the intensity of the game, remained calm and very focused on throwing strikes. Nick pitched six innings and two-thirds, allowing only three hits, allowing two runs, both unearned, while striking out 10.

“This is what I worked for and we work hard as a team. I could have finished the game but I leave it to my team because i trust them” said Pazos who also mentioned their goals for this 2019 season. “We are trying to win a lot of games, win the district and probably go further.”

The only reason why Pazos did not complete the game was the 110 pitches he threw. Manager Carlos Garcia, in the seventh inning and in the heat of the moment, left the dugout to calm Pazos down, but Garcia had exceeded the number of visits to the mound and was forced to take Pazos out of the game.

“Boys came out to play. I’m so proud of my guys” said manager Carlos Garcia. His team was singing Happy Birthday to him as soon as they gathered to celebrate tonight’s victory. “Pazos came out and did what he was supposed to do as our senior and a guy that we are leaning on to carry us through the year.” When questioned about taking Pazos out of the game he has this to say.

“Unfortunately is on me why he came out, it was a situation where i too many mound visits but because of the whole adrenaline of the game I wanted to calm him down.” 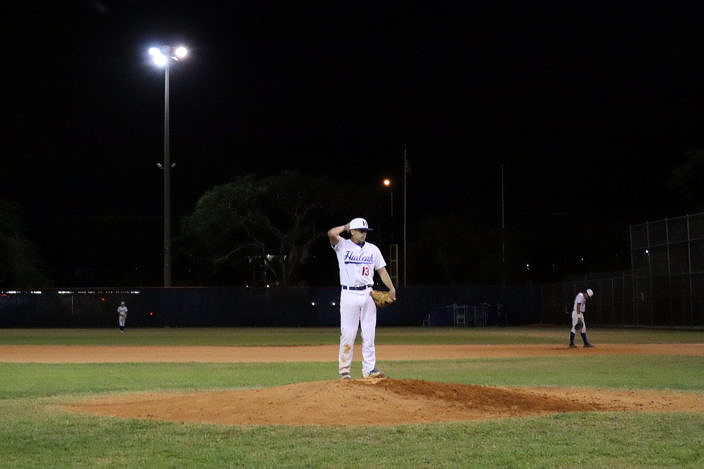 The Thoroughbreds took the lead from the very first inning when their lead-off man Andy Martin, was hit by a pitch and then a throwing error moved him to third, scoring on the next play thanks to an RBI double by left fielder Kevin Barrenche.

“We came in with the killer mentality, we obviously wanted to win but unfortunately hitting wasn’t there today. I’m sure we’ll get them next time,” said Barrenche, who hit a single and a double for his team.

Both teams would trade outs for the next four innings and the pitching duel was imminent. In the bottom of the fifth, the home team added another run, this time caused by three defensive errors by the Gladiators.

The starting pitcher for the Thoroughbreds, Erik Andujar, pitched a good game, in fact, to the surprise of many, the manager Juan Garcia, took him out of the game in the sixth inning, when the score was 2-1 in their favor. Andújar finished the game with five innings and a third, allowing two runs, both earned, while striking out seven and walking five.

“Every time we play Hialeah Gardens it just feels like is not about winning or loosing is just who makes more mistakes and today we made more,” said Hialeah Juan Garcia. When asked about taking Andujar off the mound he pointed to a rising pitch count.

“He had already five walks and the pitching count did come into effect. Is early in the season and we don’t want to extend guys so much.” 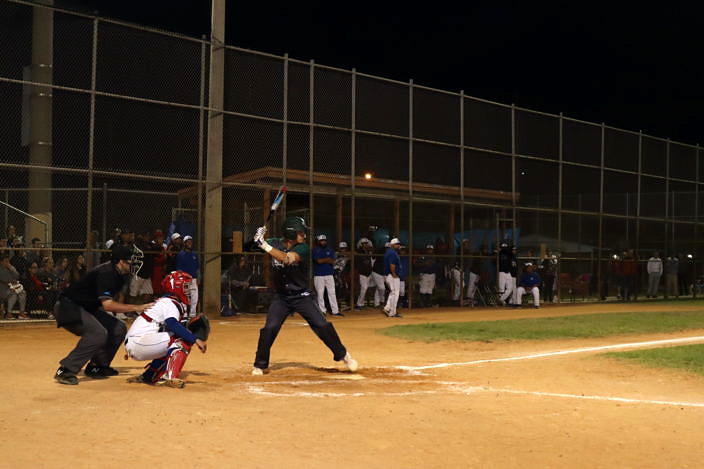 The Gladiators raiiled in the sixth, tying the game thanks to Rubén Gandarilla’s bat. Gandarilla hit a bases loaded, 2-run single Then, two consecutive defensive errors would allow the Gladiators to take the lead and never look back.

“I feel good, I was confident in myself and i felt like I just wanted to help my team win,” said Gandarilla, one of four freshman’s used tonight by manager Garcia.

In the seventh inning, with everyone on their feet, the eyes now focused on the reliever Max Guillen. The Gladiators reliever was able to close out the win with a strikeout.

These two teams will meet again on April 5th.