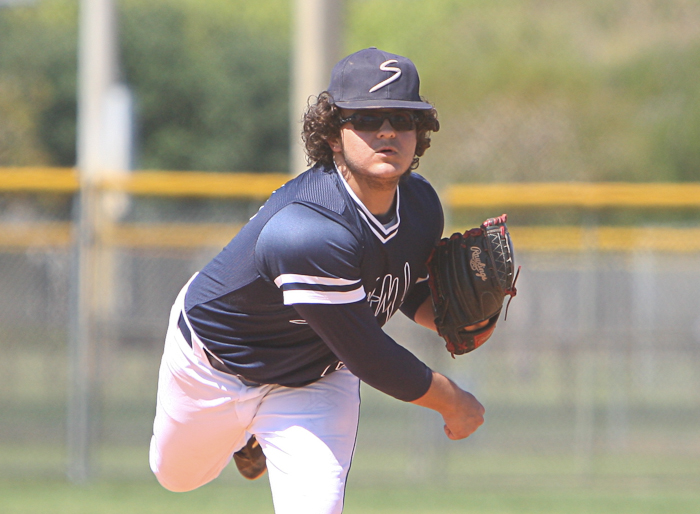 Three big innings were more than plenty for SLAM Academy to come away with an 18-0 non-district victory over St. Brendan on Monday afternoon at Tamiami Park.

The Titans improved to 9-7 for the season by scoring all of their runs over three innings. A five-run second inning was more than enough firepower for SLAM Academy starter Chris Velazquez, who teamed with two other Titans pitchers to toss a two-hit shutout in a game shortened to five innings by the run-rule.

“Definitely, at that point I was just trying to get ahead and let the defense do the work,” said Velazquez. “We got ahead early, the defense played well, I didn’t have a lot of command but our offense picked up the bats and we scored a lot of runs.”

The Titans added four more in the fourth inning to take a 9-0 lead, then unloaded for nine more runs in the fifth inning.

“It was a rough one,” said St. Brendan manager Robert Del Riego, whose Sabres fell to 3-13. “We came out flat and SLAM jumped all over us. They took advantage of us coming out kind of stale. You’ve got to tip your cap to them. They came prepared. They put it to us. These things happen, it’s part of the game.”

The offensive explosion is just what the Titans needed in a tune up for the upcoming playoffs.

“That’s exactly what it was,” said SLAM Academy manager Eric Florin. “We had a rough one on Thursday, extra innings against Calvary. I think that refocused them a little bit and I think that’s where their mindset is now – retooling and getting ready for playoffs.”

SLAM first baseman Manuel Souffrain had two of the Titans’ 10 hits. He drove in four runs and scored another to highlight the attack.

“I was seeing the ball well today,” Souffrain said. “It was a pretty good day. I was just sitting back, reacting to every pitch he threw.” 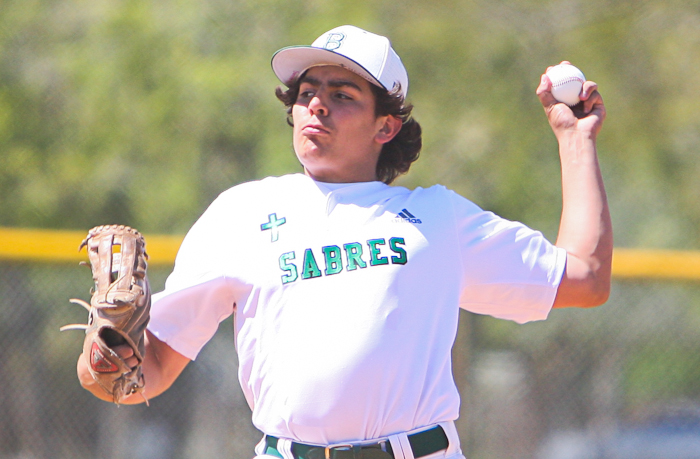 St. Brendan left-hander Sebastian Garrido started on the mound for the Sabres.

Jose Carpena batted twice in the fifth inning, reaching base both times. He walked and scored, then smacked a double to drive in a run.

Jean Diaz belted a two-run double and also walked and scored. And both Michael Piulats and Ryan Sablon singled and scored.

Velazquez worked the first three innings on the mound for SLAM Academy, striking out two, before Alex Flores and Andy Hernandez finished up with an inning of work apiece. Each recorded a strikeout.

Both of St. Brendan’s hits were singles, one each from Zach Pou and Jorge Padron.