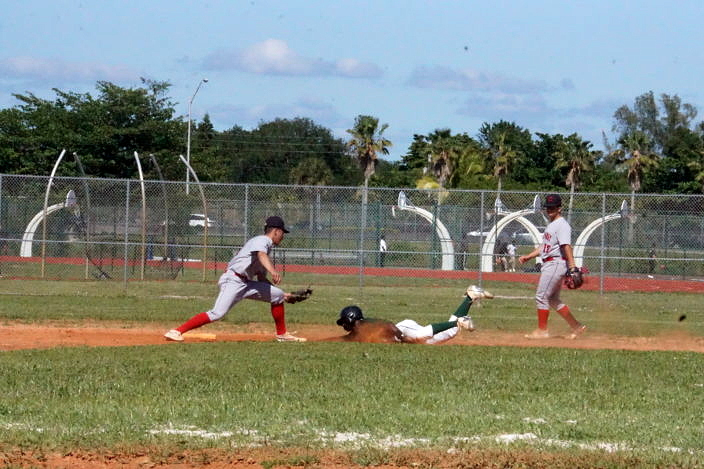 The Champagnat Lions defeated Miami Central 12-1 Wednesday afternoon, spoiling Senior Day for the Rockets.  The Lion bats were quite for the first few innings, but broke through in the fourth to put the game away.

“We wanted to come in and do what we have to do,” Lions Manager Jorge Aguas said. “We have three more games left this week, two of them big district games, so hopefully we can carry this over to tomorrow.”

Both teams manufactured a run in the first inning. Champagnat scored a run on a sacrifice fly by Juan Gonzalez. Central tied it in the bottom half, after Deidrick Dansby doubled, stole a base, and scored on a wild pitch.

Champagnat got back to it in the top of the second, with a single by Nicolas Rivera, and a walk to Justin Aguas. Both scored later in the inning on an error and a wild pitch to make it 3-1.

Miami Central starter Javon Jones retired the Lions in order in the third to keep his guys in it.

In the fourth, the Lions extended their lead, as some defensive miscues allowed the Lions to plate five in the inning. After a two-out error gave Sergio Hernandez new life, he doubled down the line driving in two runs. Christopher Martinez traded places with Hernandez with a double of his own.

A walk, and a single by Juan Gonzalez led to another 2-RBI double for the lions, this time by Rivera who had three RBI on the day. Champagnat tacked on four more in the top of the fifth.

That was more than enough for the Lions pitching staff, who held Central to just four hits on the afternoon. Calling the game for Lions was catcher Juan Gonzalez, who also had two hits on the day.

“We always try to get ahead in the count,” Gonzalez said. “When we get ahead, outs are easy to come by. We played a solid game defensively, and we were able to pick up the victory. 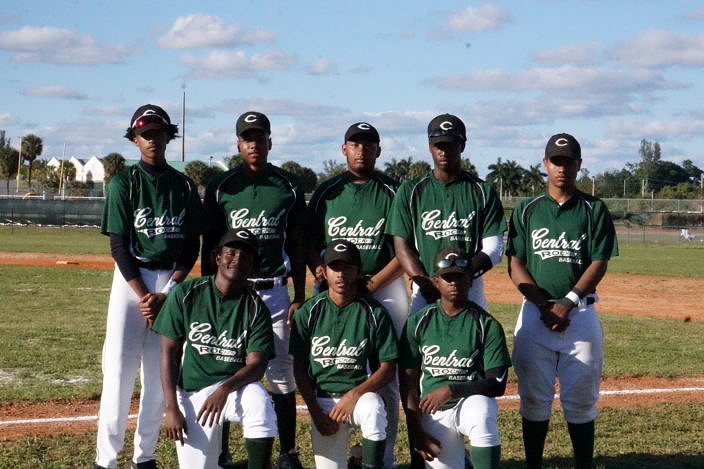 Rockets Manager Calvin Johnson said he was disappointed in the outcome, but noted he was proud of his seniors.

“Thought we played tough,” Johnson said. “We kind of fizzled there towards the end, but I’m extremely proud of my senior class. They’ve been with me from my first season, they bought in, and we’ve been growing every year. We didn’t win a game two years ago, we got two wins last year, and we’ve grinded out four wins so far this year. Couldn’t be any more proud of my guys.”

Dansby, one of the Rocket seniors, talked about his time with the program, and what it was like playing under Johnson.

“It’s been a blessing playing for Coach Cal,” Dansby said. “He’s a great mentor, a great coach, and he helped us get better over the years.”

The Rockets will take on Miami Sunset tomorrow.