Coral Gables Advances Past South Miami To 9A-14 Finals 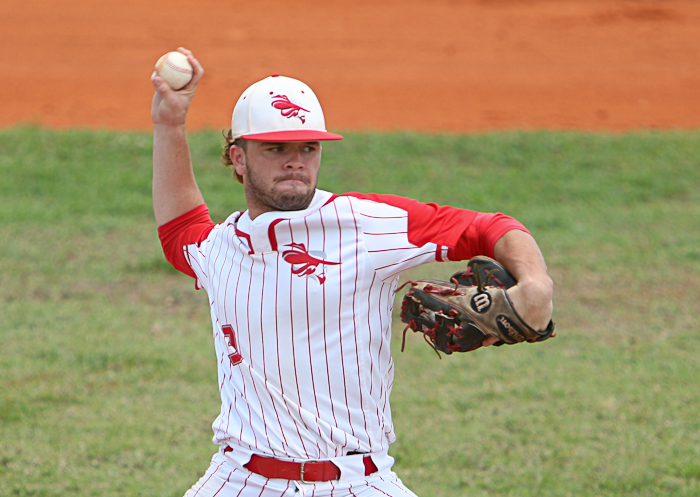 Coral Gables and South Miami were locked in a pitchers duel in the 9A-14 semifinal Wednesday afternoon, and it was the Cavaliers who escaped with a 1-0 win.

Top-seed Coral Gables (12-11) advanced to the 9A-14 championship game at 3:30 P.M. Friday against tournament hosts and No. 2 seed Coral Park, who were 2-1 walk-off winners over Miami Beach in the other semifinal game played on Wednesday.

“I’m very proud of the guys the way they came in fought and made plays,” said Coral Gables manager Ernie Padron. “We’ve got some guys playing new positions because we’ve had some injuries. They played solid, I’m very proud of that.”

Hector Perez delivered a run-scoring single in the fourth inning for the game’s only run. It drove home Brenden Reyes, a courtesy runner for Christian Carratala, who walked.

“I wasn’t even thinking, I was just trying to put the ball in play – hit it hard somewhere said Perez, who was looking fastball, but after two strikes said he knew he wasn’t going to get one. “So I was just looking away, driving it somewhere.” 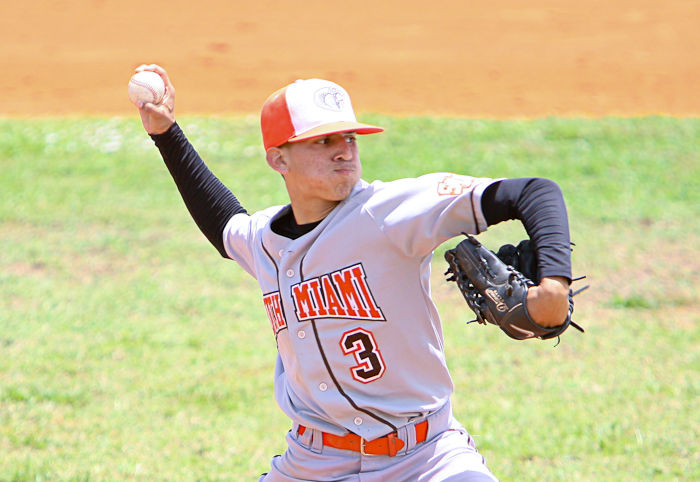 Perez got the curveball he expected and drove it for what was the only RBI of the game.

“I felt pretty good the whole day,” Ernest Denis said. “From the start of my bullpen I knew I was going to have a great day because I had precise control where I wanted my pitches and I hit my zones a large percent of the time. Not only did I throw strikes, but I felt confident in my defense. I love the boys, it’s like a family.”

Ernest Denis worked out of bases-loaded jams in both the second and fifth innings.

“I think Ernest did a great job on the mound,” said Padron. “He fought all day, worked out of some jams and gave us a shot to win the ballgame. And of course, Hector came up with a clutch hit with two outs to score the only run of the game.” 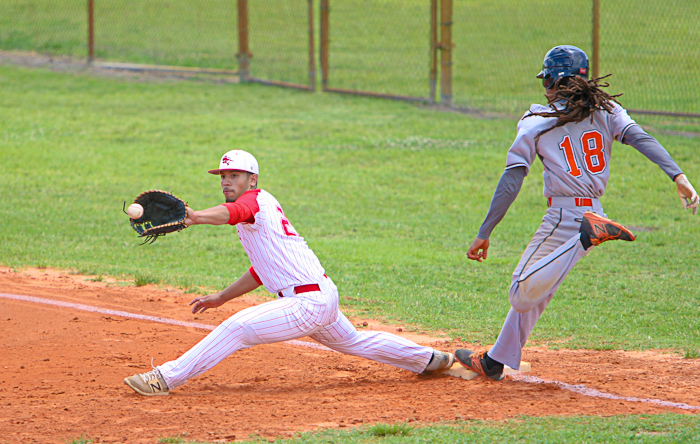 Close plays were made in a close game on Wednesday.

South Miami (12-11) got three hits, all singles, from Yassel Pino, Michel Cabo and Kevin Lopez, but couldn’t come up with the big hit when it was needed most.

“It was tough,” South Miami manager Howard Cuervo said. “We were hitting the whole year and then today we had four or five chances to score, but we didn’t have the big hit.”