Written by Sebastian Caballero on May 23rd, 2019 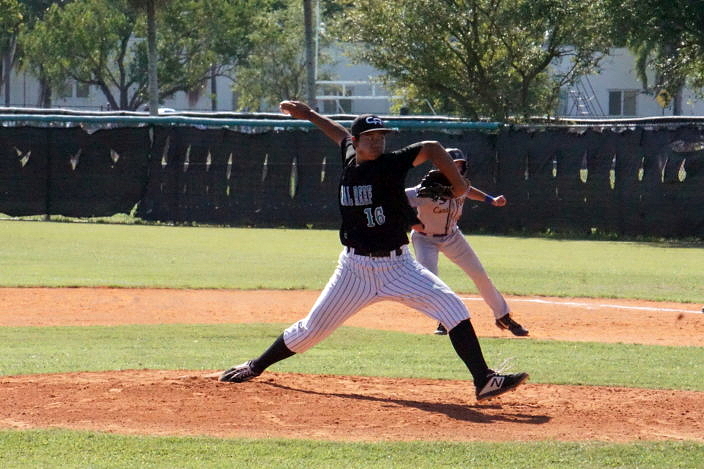 It’s been a historic year for the Coral Reef baseball program. The Barracudas won their first ever district championship, and now they have punched their first-ever ticket to the state final four, after defeating the Coral Park Rams 2-1.

“This was the plan since I got here,” said Coral Reef Manager Chris Leon. “We wanted to build the program, make it competitive. Our kids bought in, and now we’re headed to Fort Myers, and hopefully we can represent Dade County very well.”

Both teams struggled to push runs across on the afternoon, and in the end, it was a safety squeeze that made the difference in this one.

Each team’s starter went the distance, giving their squads the best chance to win the game. The Rams sent out Senior right-hander William Silva, and for the Barracudas, it was junior right-hander Samuel Cheng.

Each pitcher had their struggles early on. Both gave up hits in the first inning, but were able to get out of their jams. However, the second inning told a different story.

In the top of the second, Coral Park got a lead off single by Eduardo Diaz. After a sacrifice bunt, Diaz scored on an RBI single by Roman Garcia to give the Rams a 1-0 lead. 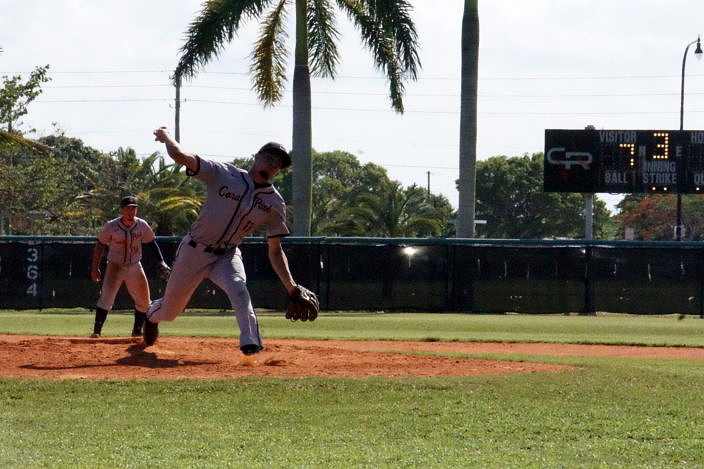 William Silva struck out eight in six innings of work for the Rams.

Needing to get a rally of their own, Coral Reef got the bases loaded in their half of the second. After an error, and singles by Dylan Boyd and Sebastian Jimenez, the Barracudas pushed a run across on an RBI single by Jake Ogden to tie the game.

Both pitchers settled down after their rocky start in the next few innings. The teams each had runners on base, but Silva and Cheng found their way out of it. Cheng said he believed in his offense to come through, as long as he kept doing his job.

“I just kept doing what I’ve been doing all year,” said Cheng. “Just had to let my teammates take care of my defense.”

The Barracudas finally got some offense in the bottom of the sixth. Sebastian Jimenez got things started with a lead off double, representing the go ahead run. A sacrifice bunt moved Jimenez to third, and the Coral Reef backstop knew what was coming.

“As soon as I got on third base, I looked at my coach and knew the safety was coming,” said Jimenez. “I was just thinking in my head ‘I’m scoring no matter what.'”

On the first pitch, Ogden got the bunt down, scoring Jimenez, and give Coral Reef the first lead of the day. 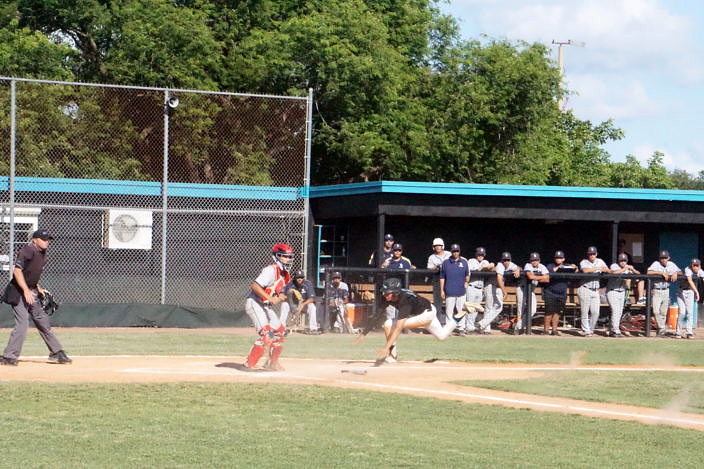 Sebastian Jimenez capped off his three hit day by scoring the go-ahead run in the bottom of the sixth.

In the top of the seventh, Cheng retired the Rams in order, and sealed the victory for the Barracudas.

“These games always come down to heart and determination, and that’s what you saw out there,” said Rams Manager Juan Carnicero. “I’m extremely proud of our guys the way they battled all year, and came together as a family.”

Coral Reef will now take on Timber Creek in the 9A State Semifinal next Thursday at JetBlue Park in Fort Myers.