Written by Anthony Uttariello on May 22nd, 2019 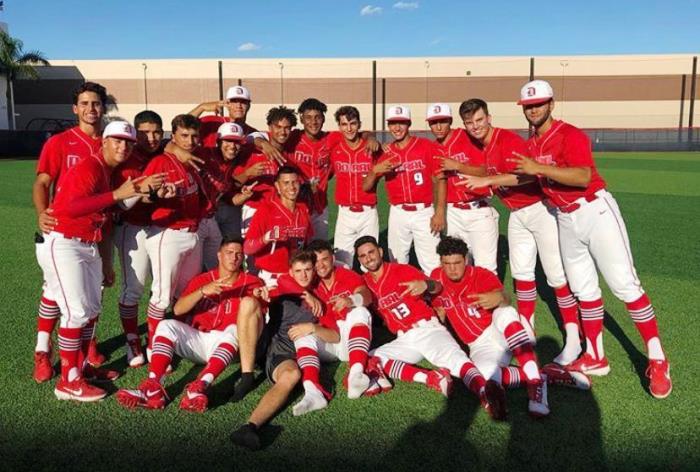 The Doral Firebirds received a taste of what the state tournament is all about last year when they advanced out of 7A, only to get beat in the state semifinal by eventual champion Venice. The 11-1 loss was humbling for the Firebirds.

This year, Doral will be headed back to the state final four, after they defeated West Boca 10-0 in five innings on Tuesday afternoon.

The Firebirds offense was hot from the start, piling up seven runs on seven hits in the first three innings to put the regional final away early.

“The guys are getting hot at the right time,” said Manager Ralph Suarez. “We’re playing as a unit right now. The offense has scored 33 runs in five playoff games.”

Coming in, the Firebirds were facing one of the top pitchers in Palm Beach County in Zac Dodson. The Doral bats were unfazed, however, putting up three runs in the first.

Gabe Gutierrez started the bottom of the first off with a single, followed by a Nicolas Pitelli walk. Adrian Figueroa also singled, loading the bases. After an out, Xavier Moronte singled home Gutierrez and Pitelli. Ronnie Medina was then hit by a pitch, and Sal Alvarez drove in the third run of the inning with a base hit.

The Firebirds tacked on a run in the second when nine-hope hitter Matthew Corpas drove a ball out of the park, showing the explosive power the Firebirds have throughout the lineup. 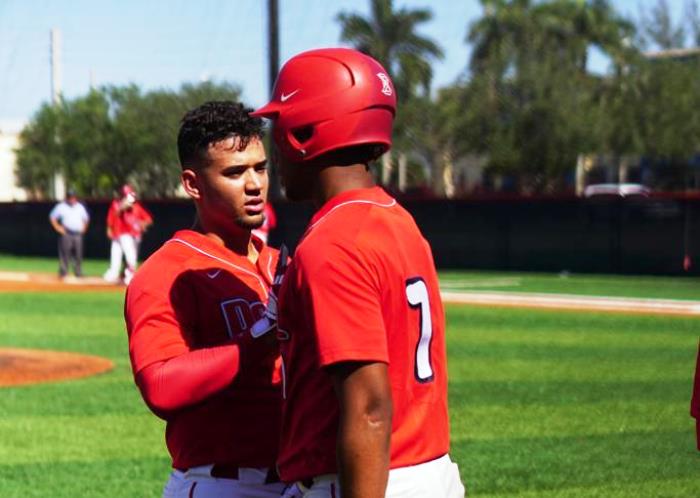 Meanwhile on the mound for Doral, Mario Garcia started and went the first 2.2 innings, allowing only one hit. Garcia then turned the ball over to Marcus Franco, who threw the final 2.1 innings, while also only giving up one hit.

“The pitchers and defense are getting things done,” said Suarez. “We have allowed just three runs in this playoff run.”

The Firebirds scored three more in the third with the help of a couple walks and an Alvarez home run. Moronta homered in the fourth, giving Doral three big flies on the day. From there, they added one more run in the fifth and ended the regional final in grand style.

While the road through the regionals was relatively smooth, they know that harder times will be ahead when they reach Fort Myers next week. The Firebirds will face the winner of Wednesday’s regional final between Leto and Viera. Also lurking on the other side of the bracket could be defending champion Venice, should the Indians get past their own regional final.

“We’re excited to be going back to states,” said Firebirds Assistant Gino Pitelli. “We feel that we have unfinished business there from falling short last year. We have the core from last year’s team back, and we have some new players also. We feel we can get it done this year with this crew.”

Doral will play their state semifinal next Friday, the 31st, at 7PM at Hammond Stadium in Fort Myers.