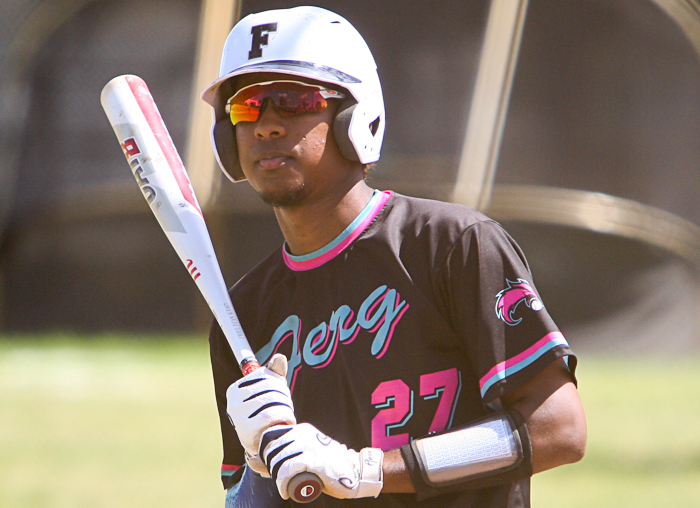 Ferguson’s Carlos Rodriguez had a hit and drove in three runs in the Falcons’ 5-1 win over visiting Coral Reef on Tuesday.

The historic season for the Ferguson Falcons continued on their home field Tuesday. With a 5-1 non-district win over visiting Coral Reef, the Falcons recorded a school-record ninth consecutive victory.

With one game remaining in the regular season, Ferguson, now 18-4 overall under first-year manager Angel Herrera, has won 15 of its last 16 games. The Falcons started the week ranked No. 7 in the Miami-Dade Power Rankings.

“It feels great being part of this team, being part of history. Now we’re just trying to win district and make it to regionals,” said Rodriguez, who singled home a run in the first inning, lifted a sacrifice fly to score another in the third and then was hit by a pitch with the bases loaded in the fifth.

“I was just looking to put the ball in play,” said Rodriguez, “My first at-bat, I was going up the middle.”
Richard Sanchez got the win with 3 2/3 innings of relief work. The lefty struck out five.

“I was just trying to execute the pitches our coach was calling,” said Sanchez. “Just trying to throw strikes. I had a good feeling for my change up and my curveball and everything worked out good.”

Sanchez relieved Falcons’ starter Jose Zucaro, who said the Falcons are headed into the postseason with a lot of momentum.

“We’re coming in with a lot of energy and a good winning streak,” Zucaro said. “I have a good feeling that we’re going to keep on winning.”

Ferguson opens 9A-15 playoffs next week against Southwest. 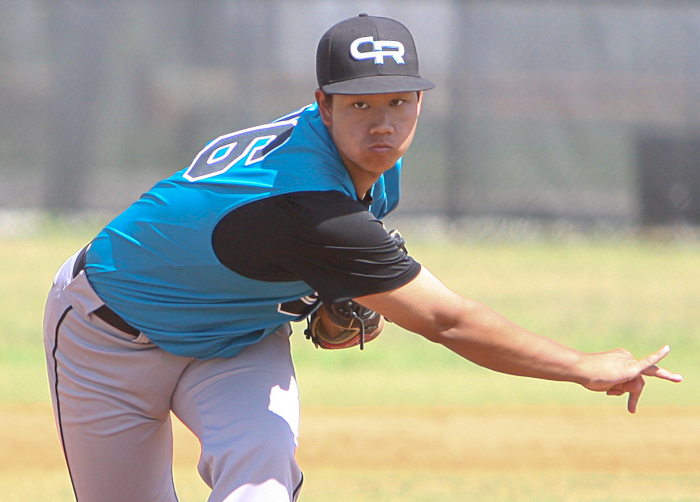 Coral Reef starter Samuel Cheng delivers in the early innings of the Barracudas’ game at Ferguson.

“We’re in for a dog fight in the playoffs,” said Herrera. “They have a tremendous team. They’ll have their guys ready to play.”

Anthony Lopez contributed to the Falcons’ win with a pair of bunt singles and a run scored.

Sebastian Jimenez doubled, singled and drove in the lone runs for Coral Reef, which concluded its regular season at 12-10. Ryan Scarry tripled, walked twice, and scored for the Barracudas, who now set their sights on the postseason.

“We’re just prepping for our first run at the playoffs,” Coral Reef manager Chris Leon said. “That’s the only game that matters. We swung the bats (Tuesday). We hit the ball hard. The other team made plays and sometimes you’re going to lose.”