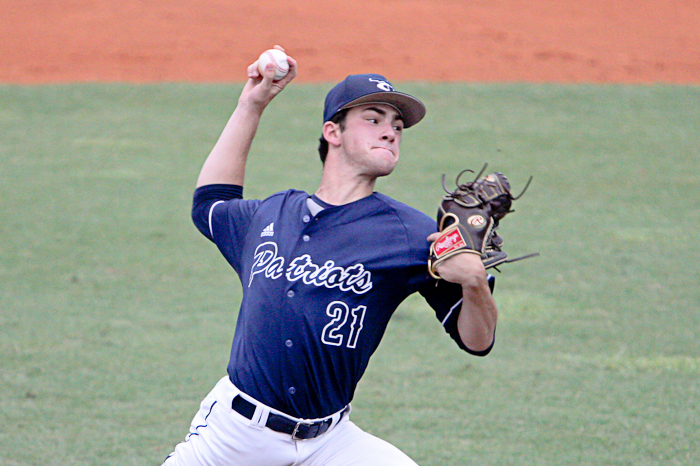 After nine innings of incredible pitching and fielding on both sides, the Florida Christian Patriots finally broke through for three runs in the 10th to win the 4A-8 championship, 3-0 over Westminster on Thursday night at Patriot Field.

Florida Christian, No. 12 in the Miami-Dade Power Rankings, improved to 19-8 entering regionals next week while No. 4 Westminster Christian (20-6) also advance as the district runner-up.

“That’s a grinder of a game,” said Florida Christian manager Chris Brigman. “That’s just a great high school baseball game. Both teams played hard for 10 innings. At the end we didn’t hit the ball hard, but it was good enough. So we’ll take it and look forward to next week. I have a lot of respect for (Westminster). It’s always a rivalry.”

The Patriots, playing the role of visitors on their home field, scored three times on back-to-back infield singles by Anthony Arancibia and Steven Diaz respectively, scoring Darian Lopez, Roylan Quevedo, and Robert Sotolongo with the game’s only runs. 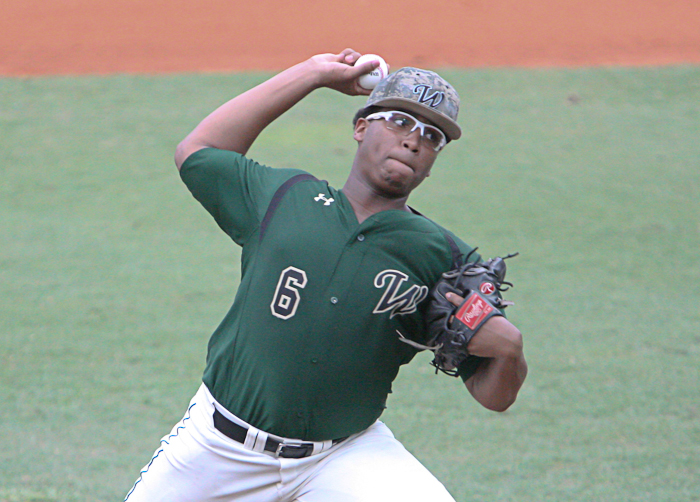 Florida Christian starting pitcher Matthew Fernandez was nearly perfect in his 7 1/3 innings of work. The junior right-hander struck out 16 and allowed just two baserunners – Raul Ibanez and Kevin Martin with back-to-back fourth-inning singles. Outside of that, he was perfect.

“That one inning there they got a couple of hits off me there off the end of the bat,” Fernandez said. “They couldn’t really touch me all game, so I just kept on attacking and doing my thing. Last year I dominated them twice and this year I just came and did my thing, got 16 more strikeouts. Just racking them up.”

Staying ahead of hitters with incredible command, Fernandez stayed in control throughout.

Patriots’ closer Nick Del Prado picked up where Fernandez left off, throwing the final 2 2/3 innings of no-hit relief, striking out two and walking one to pick up the win. He said he didn’t feel the pressure coming into the scoreless tie with one out in the eighth inning.

“I’m used to the pressure,” Del Prado said. “I don’t tire in those moments. I kind of tend to relax, take a deep breath and get the job done.”

Prado has started some games as well this season, so the three-inning stint didn’t extend him.

“I was just looking to dominate,” he said.

At the plate, Del Prado had one of the Patriots’ seven hits, a fifth-inning single.

“I knew he was throwing fastballs and he had a heavy fastball and I just took a two-strike approach and try to stay short to the baseball,” he said. 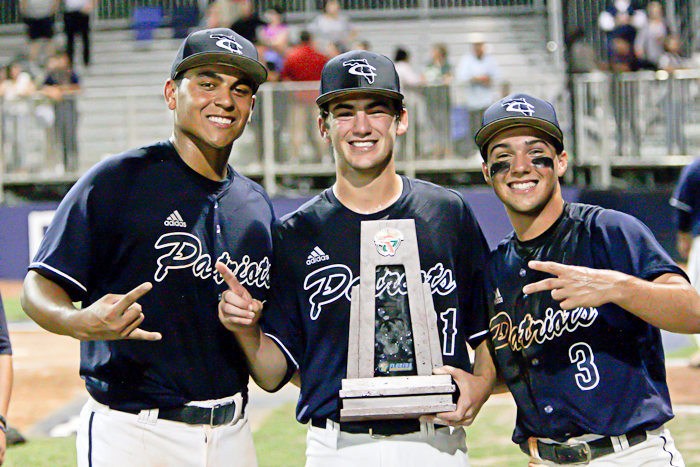 Florida Christian won the 4A-8 championship at Patriot Field on Thursday.

“Our pitchers did a job that should have merited a win,” said Westminster manager Emil Castellanos. “Unfortunately we didn’t execute. Their guy on the mound was excellent tonight. He’s a great pitcher and he’s tough to beat. We had him on the ropes one time and we had a chance to capitalize and we didn’t.”

The Warriors will put this one behind them and get ready for more baseball next week.

Florida Christian looks to use this momentum to propel it far into the postseason.

“I love this team,” Fernandez said. “I’ve been saying since Day 1 that this team has a lot of fight in them. We went 10 innings strong and did it all, so we got this; two more.”