Florida Christian Falls 3-1 To Calvary Christian In 4A Final 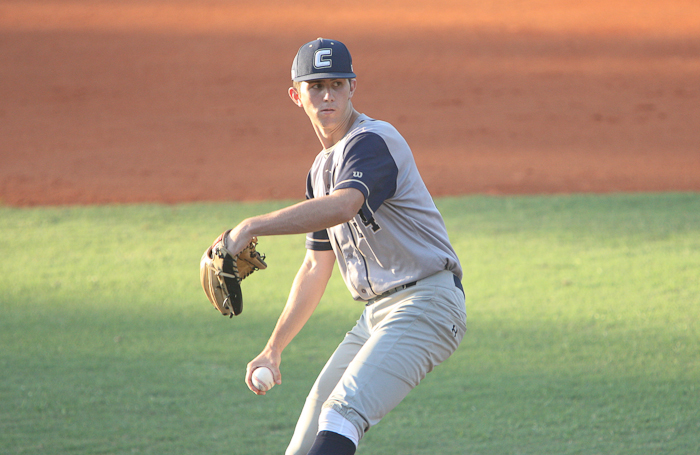 For the fourth consecutive season, the Calvary Christian Eagles are headed to the state tournament. Ben Rozenblum homered and Andrew Painter threw a masterful three-hit, complete game in a 3-1 win over hosts Florida Christian on Friday night in a 4A regional final in Olympia Heights.

The Eagles advance to the state semifinal to meet either The First Academy or Clearwater Calvary Christian at 7 P.P. Friday at CenturyLink Sports Complex – Hammond Stadium in Fort Myers.

“It’s a great experience just to go over there and play in Hammond Stadium,” said Painter. “A lot of good competition over there. The chance to compete for a state championship, it’s incredible.”

“Andy is a competitor,” Calvary Christian Academy manager Alan Kunkel said of his starter, who struck out 11 and gave up just three hits. “He’s really efficient. He got ahead early and was able to establish his breaking ball. But it was really his fastball all night, he was able to work off that and mix in a couple of change ups that were good pitches late. But he was really fastball/breaking ball and he commanded the strike zone, gave us a chance to really play defense behind him.” 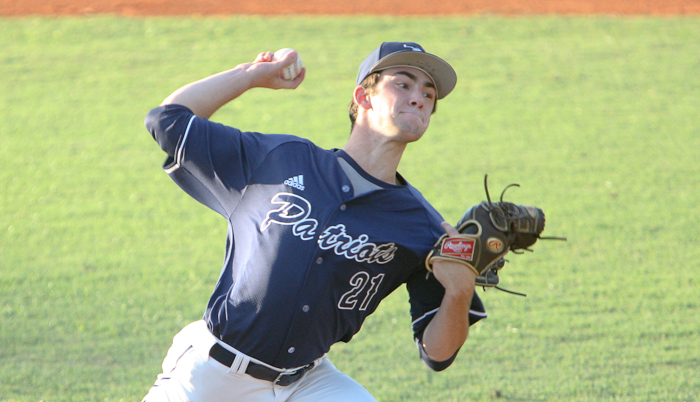 Florida Christian’s Matthew Fernandez struck out 12 on Friday in the region finals game.

Rozenblum got the Eagles on the scoreboard first with a solo homer in the first inning. No stranger to dramatic home runs on that field, Rozenblum hit a three-run homer to put the Eagles in front during their run to the 2016 state championship.

“This is a special place for him,” Kunkel said. “Every time he’s come here, he’s come through.”

It wasn’t as dramatic as the 2016 homer, but Rozenblum did set the pace, giving the Eagles a lead they didn’t relinquish.

“I just went up there and wanted to be ready early,” Rozenblum said. “I know he likes to attack hitters, so I saw a good and put a good swing on it.”

Rozenblum took the high heater over the left field fence to set the Eagles on their way.

“With two pitchers that were both dealing, you know that getting something on the board is of the utmost importance and helped set the pace for Andy and a good team win,” Rozenblum said.

The Eagles extended their lead to 2-0 with a run in the third inning on a single by Mykanthony Valdez, scoring Johnny Lane, who singled and stole second. They added an insurance marker in the fourth when Ryan Keenan tripled and scored on a perfectly placed squeeze bunt by Jacob Howard.

“I got a pitch up in the zone that I could hit hard and luckily it was able to happen two out of three times,” said Keenan who had two of the Eagles’ seven hits. “I’m happy with that, and we got the ‘dub’ so it’s all good. (Fernandez) is pretty good, but we put some good at-bats together and got the win. That’s all that matters.” 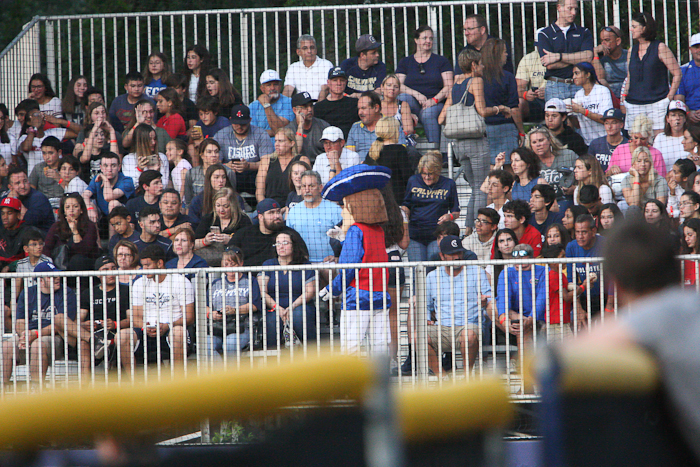 It was a packed house on Friday at Florida Christian for the region championship game.

Florida Christian scratched across its lone run in the third inning on a single by Roylan Quevedo and a RBI double from Robert Sotolongo. Quevedo had two of the Patriots’ three hits.

“We went as far as we could and gave it our best effort,” said Florida Christian manager Chris Brigman, whose Patriots finish the season at 20-9. “I’m proud of my guys. Matt Fernandez has been phenomenal all season long. He has 115 strikeouts on the year. I can’t say enough about him and his preparation and his effort, along with everybody else. We had a lot of ups and a lot of downs, probably a typical high school season. Another 20-win season for our program, it’s been the norm around here. We’ll take some time off and we’ll start again next year.”

For Calvary Christian, it’s back to state tournament where they’ll look to win back-to-back titles and three state championships in four years.

“I think it’s exciting to have an opportunity to go there any year,” said Kunkel. “I think for us, we just have to remember to keep it one game at a time and keep everything in perspective. For these seniors, what a phenomenal fete to go four times to Fort Myers in four years. Hats off to that senior class, their leadership and their intentional effort to pursue excellence.”