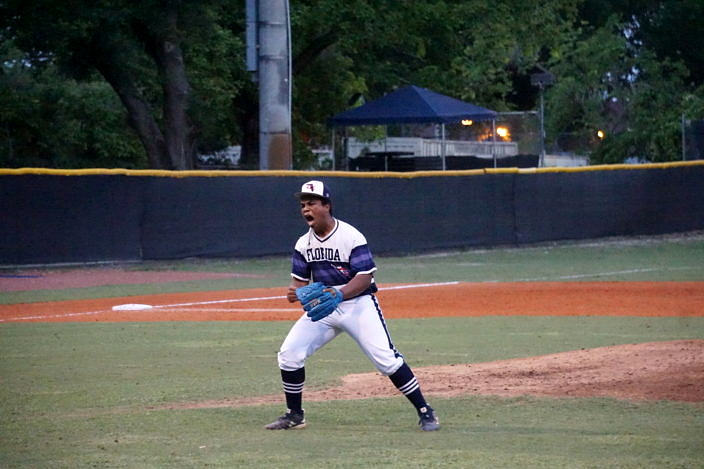 Orlando Hernandez struck out eleven batters in the win.

For the second consecutive year, the Florida Christian Patriots defeated the Westminster Academy Lions to advance to the 4A Regional final.

The two treated us to another classic, this time featuring two of the best pitchers in South Florida. For the Patriots it was University of Miami commit, Orlando Hernandez, and for Westminster it was freshman standout Brandon Barriera. It only took one run to decide this one, and unfortunately for the Lions, they were on the short end.

“We knew coming in it was going to be an uphill battle with these guys,” said Lions Manager Nick James. “We gave ourselves opportunities to win this game, but sometimes the ball just doesn’t go your way.”

In the top of first, Westminster got a leadoff single by Diego Mendoza-Valdes. The rally was cut short after Hernandez induced a ground ball that turned into a 6-4-3 double play, bailing him out of the inning. Barriera cruised through his half of the first, and allowed a walk in the second, but got out of that jam with ease.

Neither pitcher allowed another hit until the third.

In the top of the third, Roli Lugo got things started with a lead off single. After a sacrifice bunt , a wild pitch, and a walk, the Lions were in business with runners on second and third with one away.

“I wanted to strike them out, and do what I’ve been doing all year,” the right-hander said, of working out of the jam. “Just came after them throwing my fastball for strikes, my slider for strikes, and do my job as a pitcher.” 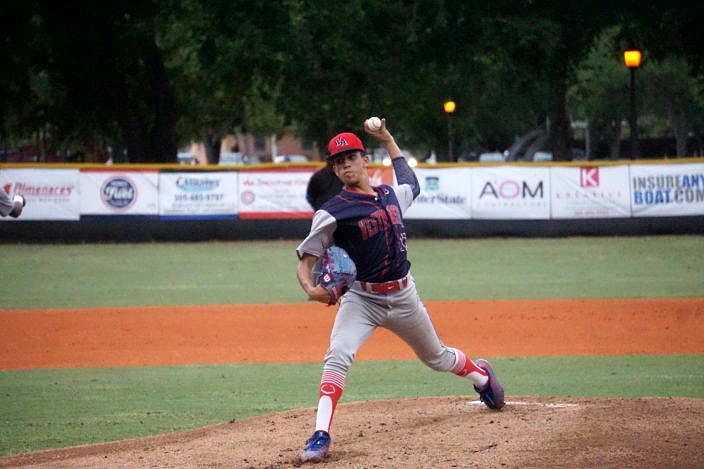 Hernandez retired the next two hitters, and got out of the inning unharmed. This seemed to spark the Patriots as their offense finally woke up in the bottom half of the third.

Starting things off was third baseman Roylan Quevedo, who led off with an infield single. He later stole second to move in to scoring position with one out. Quevedo then forced a bad pick off throw to advance to third, and an overthrow that went out of play allowed him to come across and score.

The one run lead was more than enough, as Hernandez turned it on in the middle innings. The Patriots struggled offensively after that inning as well, as Barriera did all he could to keep his guys in it.

In the bottom of the sixth, the Patriots were finally able to chase Barriera out of the game, and were set up with the bases loaded and one out.

The Lions called Jimmy Wieck to get them out of the jam. Wieck got Darian Lopez to flare one to right field. Lions right fielder Brandon Delapenha ran after it and made a diving play. Patriots runner on third attempted to tag up, but Delapenha got up quickly and fired a strike to the plate to nail the runner at home, and keep the deficit at one. 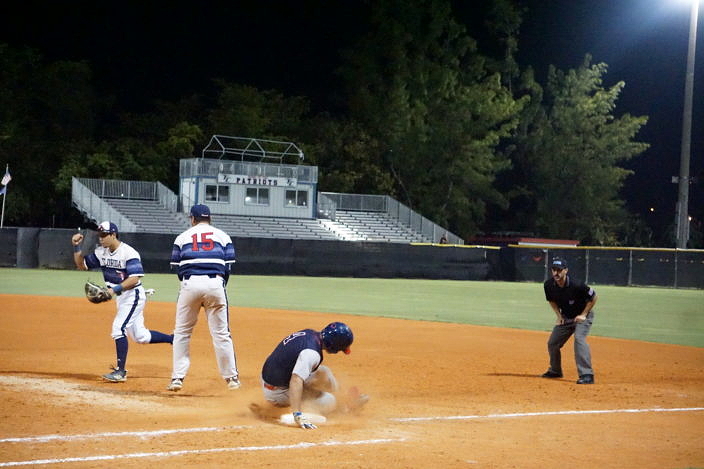 Westminster was down to their last three outs, and Orlando Hernandez was still in the game. The Lions drew a lead off walk, and with one out, got a single by David Quintero. That ended the night for Hernandez, and brought in Chaz Marte to shut the door.

“I just had to finish the job,” said Marte. “(Hernandez) had pitched a heck of a game, and I had to come in and do my job.”

With the bases loaded and two out, Marte got grounder to the first baseman to end the game, and set up a rematch of last year’s regional final against Calvary Christian.

“We know we have a great task coming in on Friday,” said Patriots Manager Chris Brigman. “Just have to keep doing what we’re doing, playing good defense, and getting timely hits.”