Written by Sebastian Caballero on May 16th, 2019 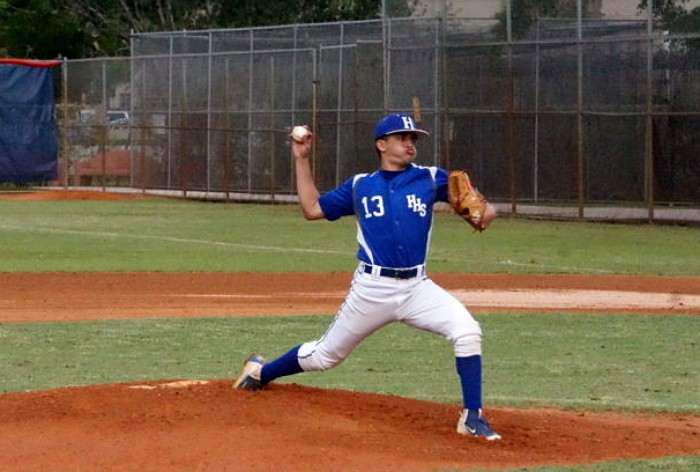 The Hialeah Thoroughbreds defeated the Coral Gables Cavaliers 3-0 Wednesday night, and advanced to the regional semifinals for a second year in a row.

“We’ve come a long way since I took over,” Hialeah Manager Juan Garcia said after the game. “We went from losing in the first round of districts to now back to back years being two games away from states. I played here at Hialeah, so this is personal to me. I’ve tried to pass down what my coaches taught me, to our T-Breds now, and it’s brought us success.”

The T-Breds were led by ace Erick Andujar, who tossed six-and-two-third innings, holding Gables to just two hits, while striking out five.

“Since the beginning of the season, my coaches have been getting me ready mentallyfor games like this,” said Andujar. “I wanted to dominate the whole game. I have that confidence in me, and I’m glad we came out with a win.”

His only struggles came in the first inning. Andujar surrendered a leadoff single to Gerardo Rodriguez. Luckily for him, he induced a groundball, and his guys turned a quick double play. Gables got right back to it with two outs, as Manny Jackson smacked a two out double to keep the rally going. Andujar settled down, and got out of the jam. The double would be the last hit the right-hander gave up on the night. 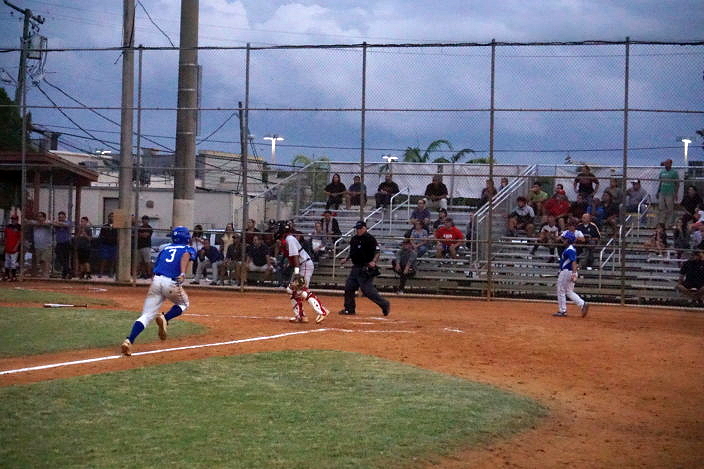 Hialeah got things started in their half of the first with a leadoff walk by Joseph Vence. Two batters later, Vence scored on an RBI single by Lazaro Hernandez.

The Thoroughbreds got back to it in the bottom of the third. Kevin Barreneche got things started with a leadoff triple. Lazaro Hernandez scored him on his second RBI single of the day. After a couple of walks, Peter Hernandez drove in Hernandez with a sacrifice fly. Hernandez acoounted for all of Hialeah’s runs on the night.

“I went up looking for fastballs today, and got them,” said Hernandez. “I came up with runners on base, and was able to get them home.”

Coral Gables starter Ernest Denis settled down after the rocky third inning, and kept his guys in it. Denis was replaced by Christian Olazabal who threw a scoreless sixth inning.

In the top of the seventh, the Cavaliers got a rally going against Andujar. Gables drew a couple of walks, and forced Andujar out of the game due to his pitch count. Hialeah called in Albert Sanchez to get the final out. Sanchez worked quickly, and shut the door for Hialeah.

Coral Gables manager Ernie Padron was disappointed in the outcome, but gave Hialeah credit for the way they played.

“We ran into a good pitcher today, and he did a really great job tonight,” said Padron. “Andujar kept us off balance, and forced us to hit the ball right at people. They played really well, got timely hitting, and they were the better team today.”

Hialeah will now face Coral Reef in the regional semifinals on Saturday.