Miami Christian Proves Too Much For Boca Christian 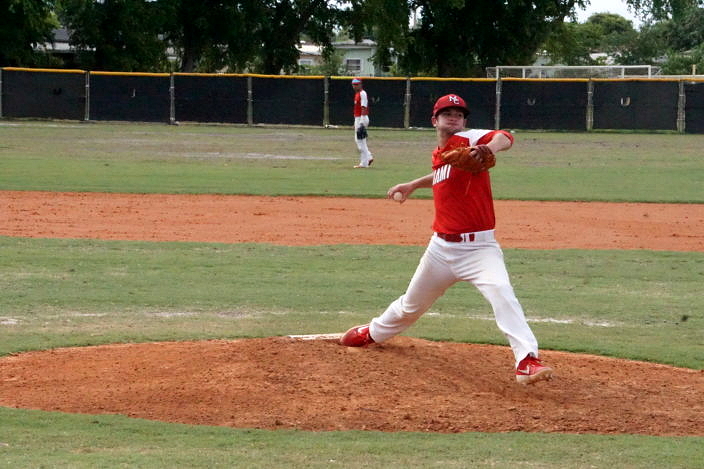 Jason Marono Only Allowed One Hit In Four Innings For Work.

Miami Christian inched their way closer to defending the 2A state title after defeating the Boca Christian Blazers 10-0 Tuesday afternoon. The Victors are now just one game away from returning to Fort Myers.

“We came out and took care of business,” said Victors Manager Chris Cuadra. “All my guys are returners, so they’ve been here before. We’ve been preparing for this all year long, so we’ll be ready.”

The Victors came out hot out of the gate. After a leadoff single by Jose Izarra, Chrsitian Muniz drove him in with a double to left field to give Miami Christian an early one run lead. Later in the inning, Fernando Fernandez lined a triple over the centerfielder’s head to score Muniz. Fernandez then scored on grounder to short to give his guys a three run cushion.

That would be all Miami Christian starter Jason Marono would need. The Alabama A & M commit kept the Blazer bats quite during his four innings of work, only allowing one hit on the afternoon.

“I really wanted to work my pitches,” said Marono. “This was a big game for us, and I wanted to give my guys a chance to win.”

The Victors offense didn’t stop after the first, putting up another crooked number up in the second inning. A couple of singles by Jakob Alvarez, and Juan Guerra, set up another RBI opportunity for Muniz.

“I’ve been feeling really comfortable at the plate lately,” said Muniz. “Luckily, I got some good pitches to hit, and was able to come through.” 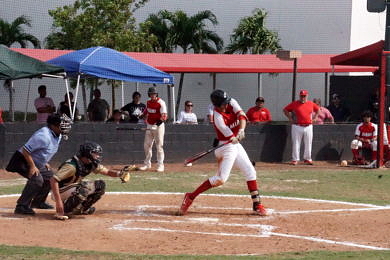 Muniz came through with his second double of the day to drive in Alvarez and Guerra to extend the lead. Muniz later scored on an RBI single by Adrian Rodriguez. Muniz tallied another RBI in the bottom of the fourth with a single, making him 3-for-3 with four RBI on the day.

The Victors collected three more runs, and end the game by knock out.

Boca Christian’s only hit came from Marco Bellantoni in the top of the first. Blazers starter Jesse McDaniel, and relievers Jordan Garcia and Devin Lambert through four innings in relief and combined for four strikeouts.

“Hopefully we’re going to have a bigger squad next year,” said Blazer’s Manager Wes Kimmey. “Injuries really limited what we could do this year.”

Kimmey also noted that although the season didn’t end how they wanted, he sends his best wishes to his graduating seniors.

Miami Christian will face the Trinity Christian Warriors in the Regional final, a rematch from 2018.