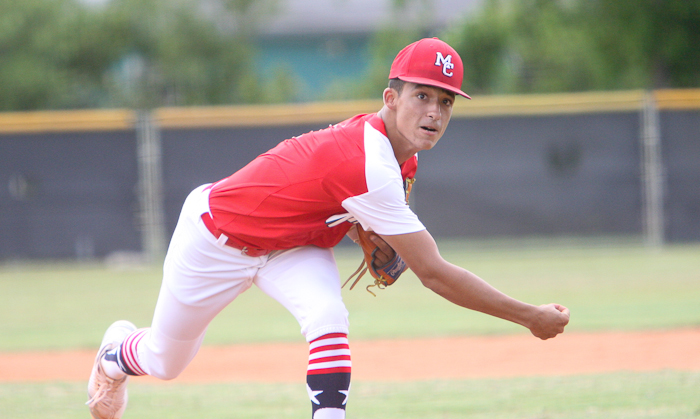 Miami Christian’s Alejandro Rosario went 5 1/3 innings on Friday to pick up the win while striking out eight.

The Miami Christian Victors will defend their 2A state title in Fort Myers next week, thanks to an 8-2 win over the Trinity Christian Warriors in a 2A-4 regional final at home on Friday afternoon.

The Victors will meet Real Life Christian Academy in a 2A state semifinal game at 7 P.M. Wednesday at CenturyLink Sports Complex – Hammond Stadium. The state championship game is scheduled for 7:30 p.m. Thursday. The Raptors (20-2) advanced with a 16-1 win over the Brevard HEAT in the 2A-2 regional final on Friday.

For the second consecutive season, the Victors defeated Trinity Christian for the region title. Last year it was a 5-1 win that propelled Miami Christian to the state tournament and ultimate title.

This year’s game was much the same with Victors’ ace Alejandro Rosario in control for five-and-a-third innings. He allowed just three hits while striking out eight.

“When he takes the mound, my guys are really confident we can take on any team in the state,” said Miami Christian manager Chris Cuadra, whose team improved to 18-8.

Rosario was nicked for a run in the third inning after giving up a single to the first batter he faced in the first inning. It was an outing any pitcher would gladly accept, but Rosario was still critical of his performance.

“I didn’t have the same game I had last outing, my stuff was a little off, but I had to get it from inside and had to help my team come out on top,” Rosario said. “They really have my back. My strike zone wasn’t there. My fastball, I didn’t feel like I had enough run on it. But throughout the game I started getting confidence and my teammates had my back.”

The Victors broke the ice with a four-run second inning. Lead-off hitter Jose Izarra delivered a two-run double to get the team on its way to another trip to the state tournament. 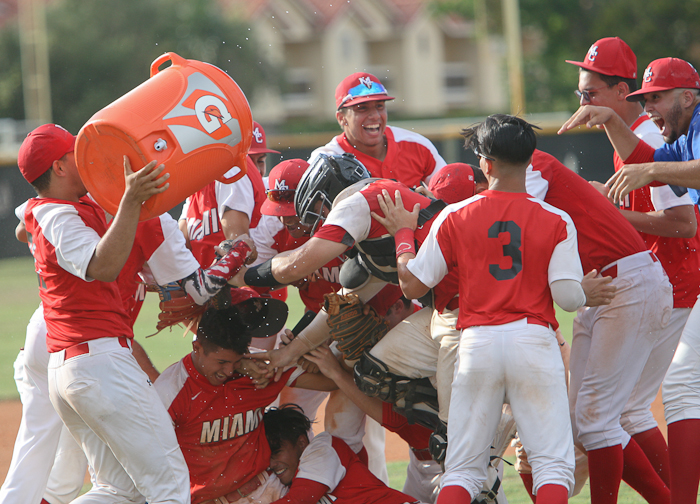 “That’s something else, and back-to-back, that is beautiful,” Izarra said. “This is a family. That’s how we play. Two more games.”

Izarra followed up with a run-scoring single in the sixth inning and the Victors won going away.

Christian Muniz and Juan Guerra delivered RBI singles in the pivotal second inning. Arnold Ruiz, Marcos Pedraza, Justin Dearmas, and Guerra all crossed the plate. Guerra had three hits and drove in three runs, including a two-run single in the third inning that extended the lead to 6-1. The senior led Calvary Christian’s 13-hit attack.

“We’re senior-heavy, they’ve all been there, we know what to expect and what it takes to finish the job,” said Cuadra.

Trinity Christian, which rallied late in the season winning eight of nine coming into the region finals, closes its season at 15-9.

“It was a roller coaster,” said Trinity Christian manager Miguel Cuello. “It was one of the most diverse teams I’ve ever had in 15 years coaching at Trinity. We had a lot of injuries in the beginning and didn’t have a leader. You can have the best team in the world, if you don’t have a captain that leads the way, the ship is going to sink. 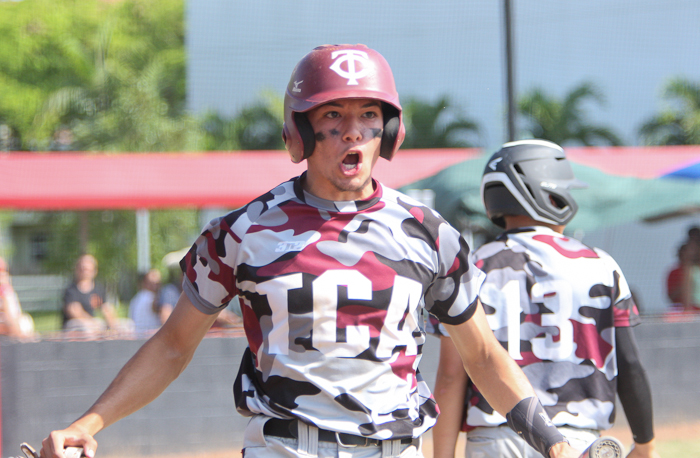 Cuello attributed the turnaround to the players taking ownership in the team.

“Somebody showed up, then another guy showed up and all of a sudden everything jelled,” he said. “They did it.”