Written by Anthony Uttariello on May 19th, 2019 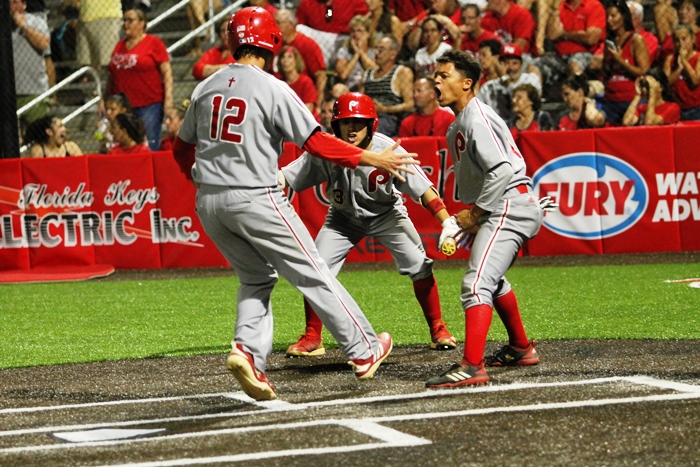 When you are the defending state champions, there is always a target on your back when you go on the road for a regional playoff game. When that road location is one of the toughest places to play in high school baseball in the country, that target gets that much bigger.

Such was the task facing defending 5A champion Monsignor Pace Saturday night. The Spartans traveled down to Key West to face the Conchs and two thousand of the Conchs closest friends. The home team and their home field advantage held up early, but the veteran Spartans withstood the early emotion and came away with a 5-3 semifinal win.

“This is what baseball is all about,” said Spartans Manager Tom Duffin. “This atmosphere is one of the best, if not the best, in our sport. These fans are pasionate, and this is the type game that Pace and Key West has played through the years. There is a lot of history between these two teams, and I’m glad that today, we were able to come out on top.”

The emotions ran high early on both sides. In the first inning, Pace scored two runs and appeared ready to run the Conchs out of their own stadium.

In the bottom of the second, however, Key West came alive. The Conchs, with the help of their always boisterous crowd, rattled the Spartans, as several walks and a couple errors led to the Conchs tying the game at two.

“Early on the crowd really got us going,” said Key West Manager Ralph Henriquez. “We have been waiting for a few years to get this game down here, and the fans showed up as they always do. That second inning was a big inning for us, but they took the wind out of our sails in the third.” 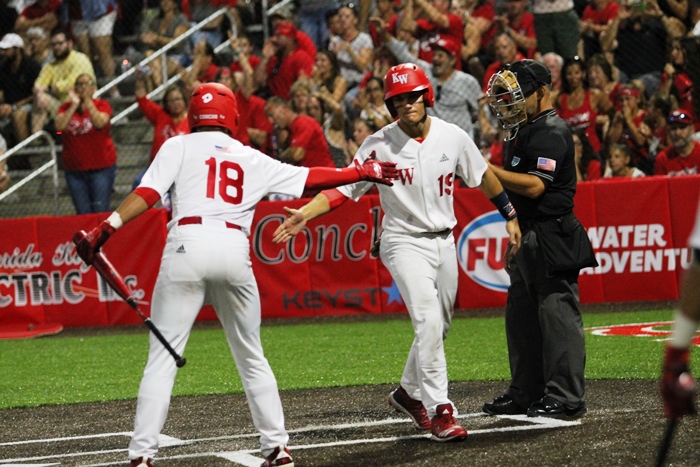 Henriquez was referring to the turning point in the game. With the game tied, Albert Hernandez reached on a one out walk. Mike Machin then singled, and after a strikeout, Darian Fumero walked. Mateo Torres then doubled to center, clearing the bases, and putting Pace up 5-2.

“That was a big inning for us,” said Pace’s Sammy Infante. “I’ve been here since my freshman year, and I have never seen an atmosphere like this, but when we scored those runs in the third we knew we were going to win the game. Tonight was a lot of fun, but it was just another game towards getting us to our goal of a state championship.”

Equally as important as the three run inning, was the relief work of Luis Gonzalez. The Pace senior came in during the second inning, and steadied the ship for the Spartans. Gonzalez gave up one run in the third, and then shut the Conchs out for the next four innings, striking out 12 while allowing only one hit.

The senior did admit pitching in this atmosphere was different than most games.

“The crowd is really amped up,” said Gonzalez. “But we feel like that plays to our advantage. We play emotional games all the time, so being in this type of game was nothing new to us. It was rocky early, but we were able to get things going in the third and then we never looked back.”

Pace will now move on to host Cardinal Gibbons in the regional final Wednesday night. And the Spartans know they have a pretty good home field advantage of their own.

“We play well at home, and we will have a lot of fans there for that game,” said Infante. 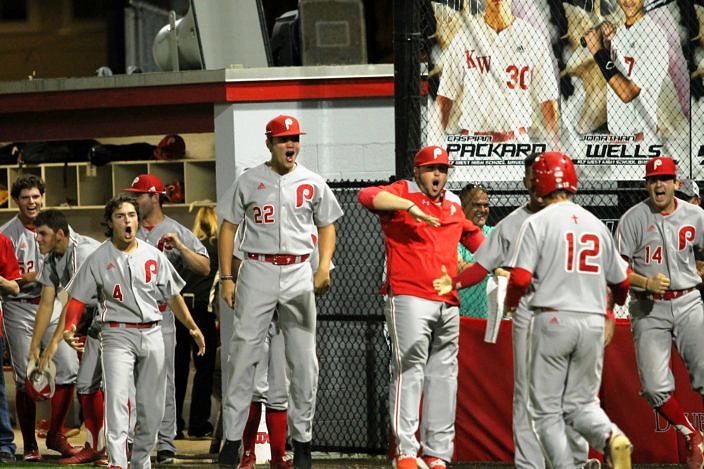 Duffin knows that Wednesday will provide another challenge.

Gibbons is another team like the one we faced tonight,” said Duffin. “They are well coached, and they make all the plays and don’t make a lot of mistakes. So we will have to be on our game again if we want to advance back to states.”

For Key West, the loss ends a rebuilding year where the team got better as the season went on, winning a district championship and advancing to the regional semifinals with a starting nine constructed of mostly sophomores and freshman.

“We started the year having to teach the basics to these guys,” said Henriquez. “To get to where we were tonight is a great accomplishment and I am proud of the boys for how far they have come. The next couple of years should be a lot of fun, and the expectations will rise as these kids get older and continue to improve. In a couple years we will look back and see that the experience of playing in this game will have been very valuable.”