Southwest Begins Day of Upsets With 3-2 Win Over Ferguson 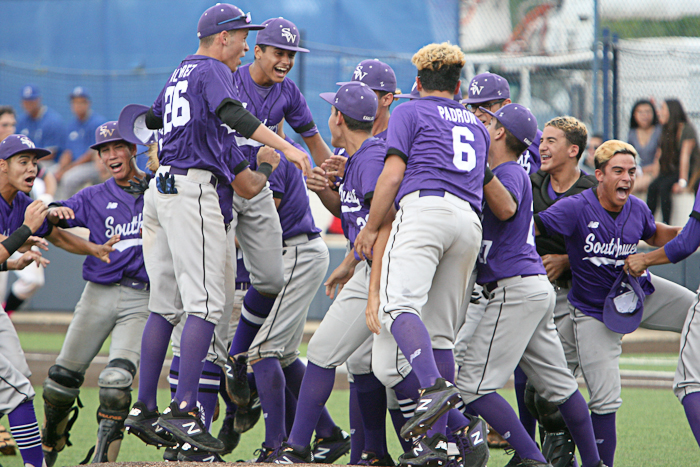 It was a day of upsets in the 9A-15 semifinals on Tuesday at Columbus High. Southwest started the day by holding off the Ferguson Falcons, ranked No. 6 in the Miami-Dade Power Rankings.

That preceded the shocker of the night. Braddock, which finished the regular season at 2-6 in district play and 10-11 overall, defeated tournament host and district top-seed Columbus (21-4), which came into the night ranked No. 1 in the Miami-Dade Power Rankings.

“We’re a young group, we grinded it out, our guys came through and it was the young guys that got it done,” said Southwest manager Mandy Pelaez.

Southwest closer Amaury Villalba made his first start a memorable one. The junior left-hander threw a complete game on Tuesday and the Eagles, ranked No. 15 in the Miami-Dade Power Randings, gave him just enough offense for a hotly-contested victory. Pelaez talked about his decision to start Villalba in the playoff game. 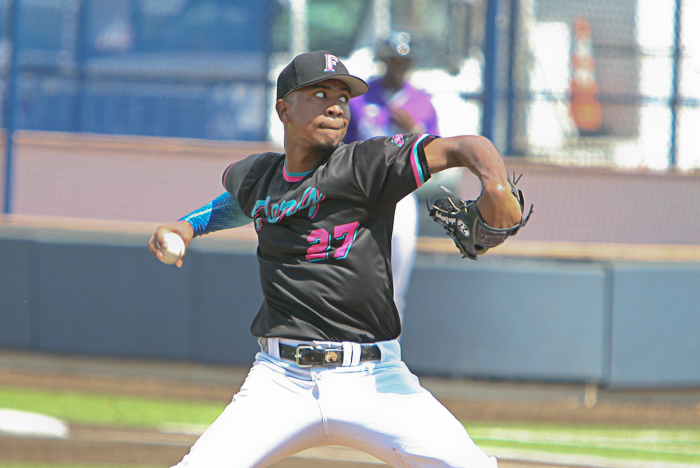 The Eagles broke a 2-2 tie in the seventh to reward Villalba’s effort. Freshman Matthew Fernandez delivered a clutch RBI single, his second hit of the game.

“I have a lot of confidence and we’re just going to keep on moving forward,” Villalba said through an interpreter, adding that the grind was not taxing on him. “I felt good throughout the whole game. I felt consistent. I’m not used to it, but I got adjusted to it.”

The 94-pitch effort was far beyond anything Villalba had accomplished prior to Tuesday’s outing.

But there were other heroes on this night for the Eagles, and it took all of them to pull together the hard-fought win.

Eddie Sierra gave the Eagles a 1-0 lead with a towering home run in the fourth inning. The no-doubter was just the second hit given up by Rodriguez, who went six-and-two-third innings for the Falcons, striking out 12. 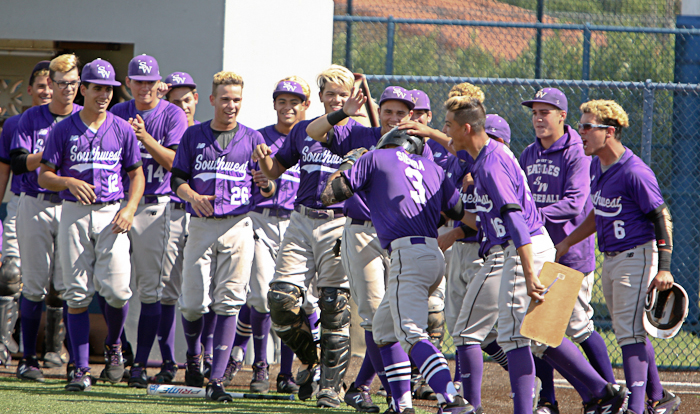 Southwest’s Eddie Sierra is greeted after his home run put the Eagles ahead 1-0.

“I was sitting on a fastball and he left it up,” Sierra said. “I just drove it. I saw it fly off the bat and knew it was gone from the minute I hit it.”

The teams traded runs from there, with Ferguson tying it 1-1 in the fifth when Jose Hernandez singled and scored. The Falcons were paced offensively by Justin Chapman, who singled in the third and fifth innings.

Christopher Alvarez gave the Eagles a 2-1 lead in the sixth when he walked and scored on a sacrifice fly by Jordan Worley.

The Falcons tied it again in the bottom of the inning when Anthony Lopez was hit by a pitch, moved up on a single by Carlos Rodriguez, and scored on an error.

That set the stage for the seventh-inning dramatics.

“It was a dog-fight,” Sierra said. “Even when we made a mistake that tied it up, we fought and we just came back and we did it. That’s what the boys are about, it’s family.”