The Times, They Are A-Changin’ 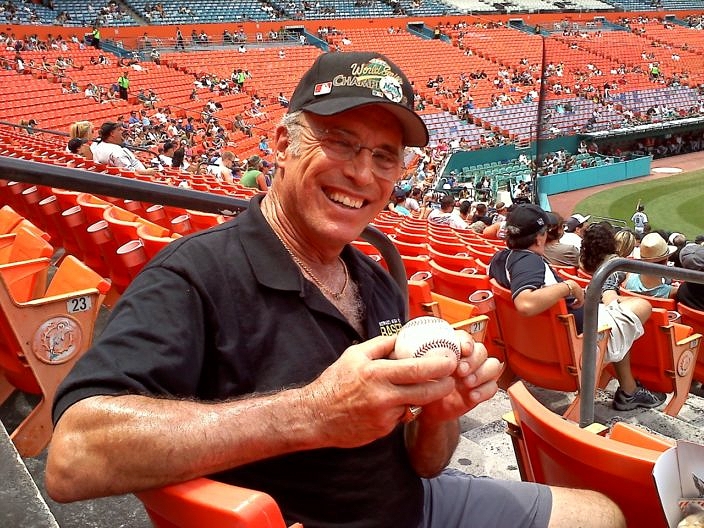 Steve Rodgers shows off the foul ball he caught at the Florida Marlins game during the very first HSBN All County award ceremony at Sun Life Stadium in 2011.

In the past month, HSBN and South Florida lost two of perhaps the biggest baseball, and high school baseball, fans, in the area, when Mary Lou Uttariello and Steve Rodgers both passed on peacefully in their sleep. And those losses have left a huge hole in the South Florida baseball community. The two losses exemplify that as Bob Dylan said many years ago, The Times, They Are A-Changin’.

To understand the story of both Steve Rodgers and Mary Lou Uttariello, you have to go all the way back to when I was 10 years old, and my brother was six. That is when my dad, Craig Uttariello, and my mom, moved us from New Jersey to Coral Springs. Almost instantly, my brother and I were put into a Little League Baseball system that was much more pure than today’s youth system. And it was there that I, as a 10 year-old, was introduced to Steve Rodgers.

Steve was coaching his son Eric Langner at the time, like any parent would do, in yesterday or today’s world. At first, we competed on different Little league teams, but played together on all-star teams, and that is where the story of Mary Lou and Steve’s passion for baseball and their children began.

Through the years, a friendship developed through the families, and eventually Eric and I played on the same high school team, and it became what still today is an amazing friendship, built on years of trust and understanding, and all through the love of baseball. 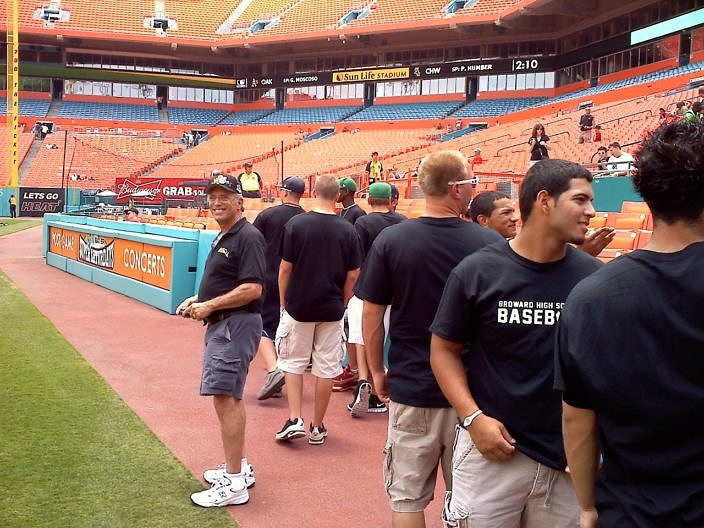 Steve Rodgers on the field at Sun Life Stadium with the 2011 All County players.

Fast-forward several decades and arrive at a point where the newspapers, due to budget cuts, are failing to deliver the type of coverage South Florida high school baseball players deserved. That is where the idea of HSBN was developed. In 2011, two brothers from Coral Springs reminiscing on the days of their youth, hoping they could make high school baseball better for players down here in South Florida moving forward.

And that is where Mary Lou and Steve come into the HSBN picture. Mary Lou gave steadfast support as my brother and I navigated the hows and whys of what we were doing. It was not an easy task, as my brother and I have very different views of the world and how to create a successful product.

Mary Lou would listen and understand both of our points of view, without judgement, and without taking sides. It was her way, she wanted peace, and watched as HSBN came into what it is today, with pride in what her two sons had created. She saw firsthand the difference that was being made, and it became a source of pride.

As for Steve, he was always known as “The Statman.” Steve had every scorebook he created from 1983 until the present. he could recite stats from 20 years ago like others could say what they had for breakfast that day. he was that good. And he never forgot a name or face.

In 2011, when we started HSBN, I called Steve, and told him my idea, and that I did not have money to pay him, but that I needed his help. I felt his enthusiasm for the game could be contagious. He was on board from day one.

We started by going field-to-field, talking to coaches about our crazy idea of uniting the baseball community. Some called it nuts. Some said it could never be done. But Steve assured them all that if they got on board, this would be something special.

And it has become something special. Through the years, Steve remained involved with HSBN, being a prominent face and voice at our Media Day and other major events. If you have been to any of these events, it is likely Steve was there lending encouragement to players and coaches.

As the years progressed, Steve became a fixture at high school fields in the area. he developed a close friendship with Rich Bielski, manager of Archbishop McCarthy when the program went on a legendary state title run. He often reconnected with former players he coached or watched play. Evan Thomas at American heritage, Joe Giummule from Taravella. Jason Hamilton at Cardinal Gibbons. Todd Fitz-Gerald from Douglas, and Mike Federman from Coral Springs, just to name a few. And when he greeted each of these coaches, it was always with a stat from their playing days. He was that sharp, and that good.

In the meanwhile, Mary Lou continued to support both my brother and I, as we created event after event, and partnership after partnership, with the focus on advancing the game down here. 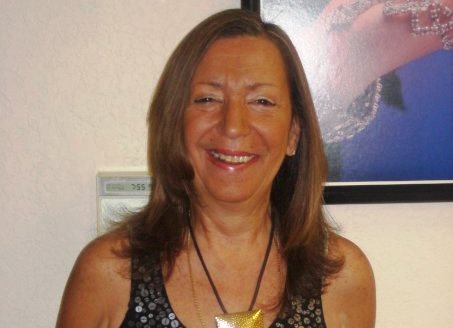 In 2014, HSBN’s Editor-In Chief, and right-hand man, Rick Duteau, was jumping from house to house, and looking for some stability. Rick moved in and rented a room from Mary Lou, and the two became friends, frequently talking about HSBN, and the difference that was being made.

“Mary Lou was the mother of HSBN,” Rick said. “I was fortunate to build that friendship while we were roommates, with the other sons both close nearby. It was like being part of the family. She saw how I worked constantly, and most of those breaks were spent together talking. Any kid that ever dreamed needs a mother like Mary Lou who will support your dream and encourage you to dare to aim big. She believed in us all, and back then we still only had three sites in Broward, Miami and Palm Beach, and were just contemplating trying to add more and move across Florida. Mary Lou was there encouraging us to take the chance, and thank God we listened.”

Rick also had his dealings with Steve through the years, and understood Steve’s passion for the game from the jump. Both are some of the earliest members of the HSBN team that were still active with the company.

So as we say goodbye to these two irreplaceable parts of HSBN and our baseball community, and through the tears that come with writing an article as this, about two people who were near and dear to me, I say to you all, lets get back to enjoying the game for what it is. Because in the end, the stats don’t matter, the college scholarships don’t matter, the place where players were drafted don’t matter.

So if Bob Dylan was right, and The Times They Are A-Changin’, let’s hope that change is for the better. 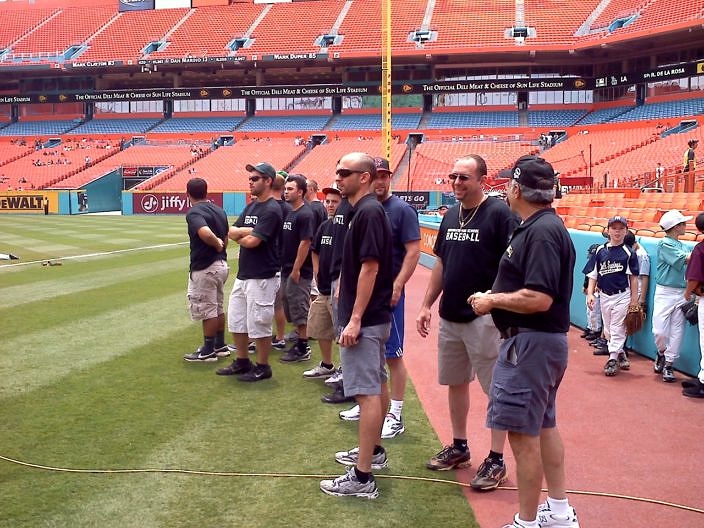