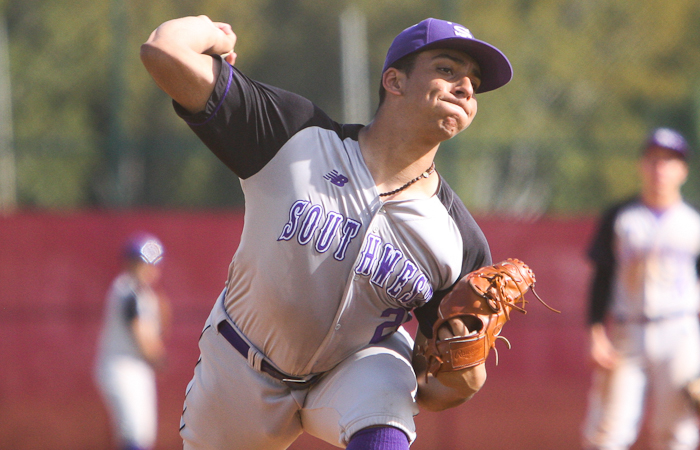 Nobody will be kissing their sister, although Coral Gables and Southwest did play to a 7-7 standoff through six innings on Tuesday before darkness put a halt to the proceedings. No, the game will not end in a tie. Instead it will be picked up at the start of the seventh inning beginning at 6 p.m. Friday, March 13, at Southwest prior to the regularly scheduled game between the two 7A-District 15 foes.

The Cavaliers held leads of 5-0 and 7-2 before the Eagles rallied for three runs in the fifth inning and two more in the sixth to knot it up.

“They battled back today,” said Southwest manager Mandy Pelaez. “They did a good job of getting the two-out base hits and not hanging their heads and finding a way to stay in the ballgame and give us a chance to win it.”

Southwest starting pitcher Frank Ellisalt struck out the side in two of the three innings he pitched, finishing with eight strikeouts, including four in the first inning. That’s the good news. The bad news for the Eagles was that his third strikeout of the opening frame resulted in three runs for the Cavaliers.

With the bases loaded and two outs in the bottom of the first inning, Ellisalt’s third strikeout pitch got away from his catcher allowing one run to score. A throwing error on the same play cleared the bases, completing a four-run first inning for Coral Gables and a 4-0 lead. 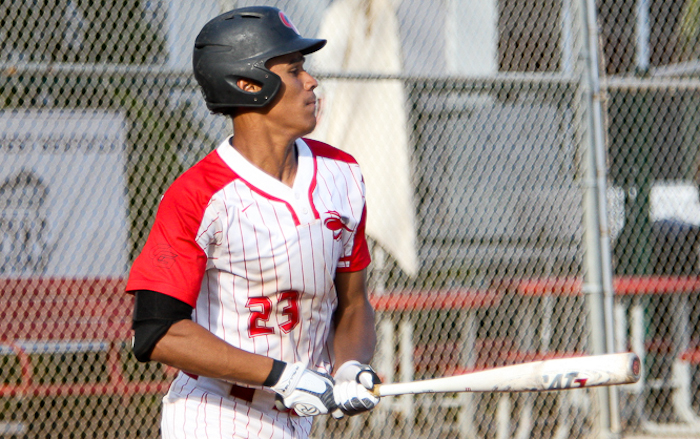 Manny Jackson was the first to cross the plate for the Cavaliers. The Coral Gables lead-off hitter was hit by a pitch and moved to third on a single by Adrian Padilla, and then scored on a wild pitch.

Padilla scored on the strikeout as did Justin Morina and Logan Hernandez, who both walked.

“It was a little intimidating at first facing a high-velocity pitcher,” said Jackson. “We came in knowing that they were going to be a tough team, and then we almost took it for granted later in the game and they fought back.”

Jackson singled and scored in the second inning to extend the lead to 5-0.

“I was in a two-strike situation, so I just made sure to stay up on the plate, choke up a little bit and just throw my hands and try to get some good barrel and try to find a hole through the zone,” Jackson said.

He then singled again to open the fourth inning and scored on a RBI double from Hector Perez, who later crossed the plate on a single by Christian Olazabal to rebuild the lead to 7-2.

“I was up in the count, so I was trying to drive that pitch,” Jackson said. “So that’s what I did. I feel like I executed.” 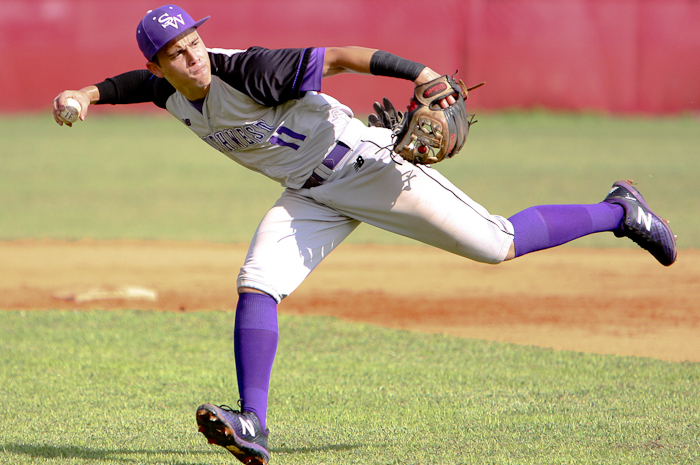 Southwest’s Lorenzo Hernandez prepares for the game on Tuesday with some infield practice.

But the Cavaliers were unable to hold the lead.

“It’s an inexperienced club,” Coral Gables manager Ernie Padron said. “We’ve got a lot of guys starting varsity baseball for the first time. Our youth showed today, our lack of experience and killer instinct. But it’s a long season. When we had to make plays, we did it.

“But we gave them extra outs. You have to take advantage of situations against good teams like Southwest. They are very well coached and a very good team. They gave us some runs and we took advantage of it. But at the same time we’ve got to be able to finish games.”

Southwest didn’t get its first hit until a lead-off single to start the third inning by Alberto Rigual, who later scored the Eagles’ first run on an error. The Eagles added another run in the fourth on a RBI single by Evan Padron, scoring Matthew Someillan, a courtesy runner for William Garcia, who singled.

The bats came alive in the fifth and sixth innings for Southwest. Chris Alvarez started the fifth-inning rally by reaching on an error and Matthew Fernandez followed with a walk. Both runners were moved up by a sacrifice bunt from Lorenzo Hernandez. Eddie Sierra came through with a run-producing single and Allen Gonzalez came up big with a two-out, two-run single to slice the Cavaliers’ lead to 7-5. 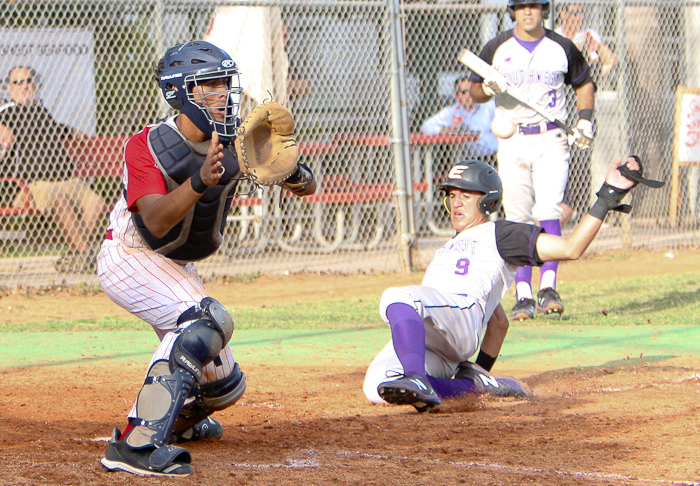 The Eagles came all the way back in the sixth when Alvarez and Fernandez sparked the rally once again. Alvarez reached on a bunt single and Fernandez singled through the infield. Alvarez crossed the plate on a Sierra ground out and Garcia delivered a two-out single that plated Fernandez with the tying run.

“We’re excited about this group,” Pelaez said. “We haven’t played up to our potential yet but we have so much depth. I’ve never had so much depth in high school baseball. I’ve been coaching this for 28 years, we’re pretty deep at every position, especially on the hill.”