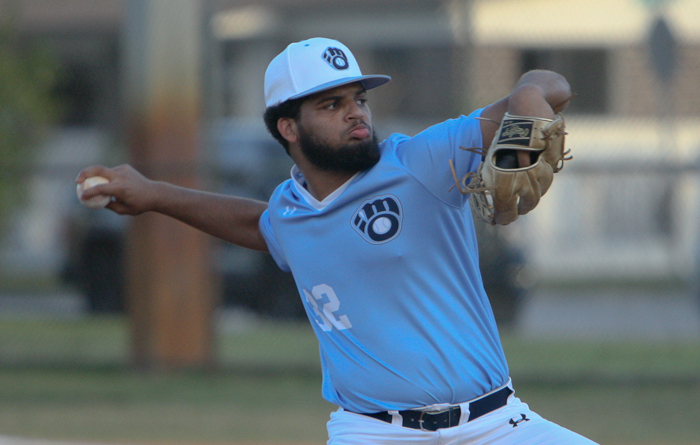 I-Mater starting pitcher Carlos Nolasco went six scoreless innings, striking out 14 while allowing just three hits to pick up the win in a 6-0 blanking of LaSalle on Tuesday at Walker Park.

You’d never know it by his performance on the mound Tuesday night, but I-Mater pitcher Carlos Nolasco has had his struggles. The Knights’ right-hander mowed down visiting LaSalle, striking out 14 in six scoreless innings of a 6-0 win over the Royal Lions at Walker Park.

Nolasco walked one and yielded just three hits, all singles. At one point he retired eight straight La Salle batters and later struck out four consecutive. He fanned six of the final eight batters he faced.

“He’s improved every time he goes out there,” said I-Mater manager Antonio Rodriguez. “He had a couple of rough outings going into this one and this is a big bounce back outing. It was nice to see that.”

He may have struggled in the past, but Nolasco was in complete command of his pitches all night long on Tuesday.

“I just had a feel for all my stuff, more relaxed, it was just a better day,” Nolasco said.

“He had good velocity, had control of his spin down the stretch, so he definitely deserved the win tonight,” Gomez said. 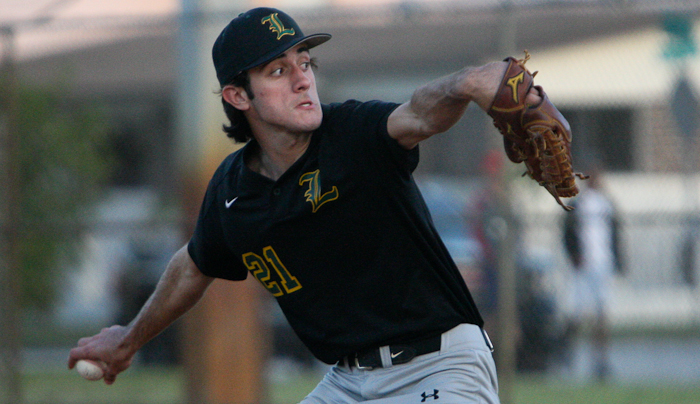 The Knights, now 3-2, were led on offense by Isaias Solano, who went 2-for-3 with two RBIs and also scored a run. He made good contact in all three plate appearances, including a clutch two-out, two-run single that highlighted a three-run third inning that extended the Knights’ lead to 5-0.

Solano said he doesn’t change his approach at the plate. No need to question success.

Knights’ lead-off hitter Abdriel Delgado also had a big day at the plate delivering two singles. He drove in a run and scored another. Angel Mediavilla and Oscar Collindres each added a hit, RBI, and run scored while catcher David Hernandez tripled and reached base all three times to the plate. His courtesy runner, Marcos Davila had a busy day around the base paths, scoring twice.

Armando Becerra also singled in the first inning for I-Mater to help push across the first run of the game. The Knights put up single markers in the first two innings before the big three-run third inning effectively put the game out of reach. They added an insurance marker in the sixth.

For LaSalle, now 3-4, Justin Quintana, Carlos Herrera and Juan Leandro each had singles.