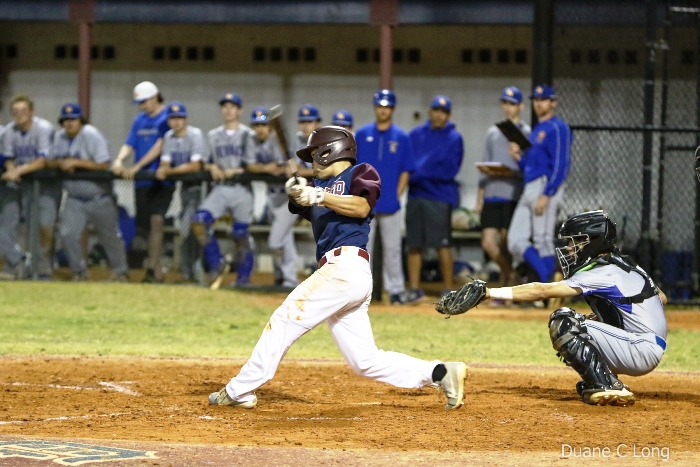 Sean and his teammates were 8-4 when their season was cut short.

Sean Ng, #9, from the Dwyer Panthers, is a middle infielder that graduates with the class of 2020. Sean and his teammates were 8-4 when their season was cut short. He gave us some insight into what the past few months have meant to him.

Friday, March 13th, 2020 started out just like any other day would. I went about my day normally not knowing that later that very day, I would play in my last high school baseball game ever. It still seems so surreal. So many factors contribute to why losing the rest of our senior season is so heartbreaking for my teammates and I.

For one, I strongly believe that this team was the most talented team I’ve ever been a part of. Back when we were sophomores, my teammates and I led our JV team to win the Palm Beach County Championship as the 7-seed out of 8 teams. That experience really taught us how to play team baseball to beat teams that were, on paper, more talented.

This year’s varsity team included a lot of the same older guys as seniors, again leading the team. My older teammates and I tried to emulate that team culture into this year’s team, which led to some early success for us — a strong 8-4 record. Coupled with younger talent and several transfers, I believe that our talent and team-first culture would’ve carried us far into the playoffs.

We just felt that we were so deep at each position and were well poised to make a deep playoff run. Unfortunately, now we won’t have the opportunity to finish our season and prove ourselves.

Although a lot of other teams will claim it, I can say with confidence that our team chemistry was unrivaled. My teammates and I thoroughly enjoyed being around each other all the time, both on and off the field, even when we weren’t doing the most exciting things, i.e. bunt defense, 1st and 3rd defense, pickoffs, etc.

Coming off a year where we didn’t have the best team environment, it was really fun and enjoyable to play baseball with guys that were as selfless as they were talented.

It’s also worth noting that our team chemistry doesn’t only apply to us players, it includes our relationships with our coaches. A lot of our coaches are relatively young, within four years of age of us seniors, and thus we could really relate to them on and off the field. In fact, three of our coaches led the first team in school history to reach the state tournament.

I feel that we had an advantage over other teams because it was easier for us to connect to and learn from our younger coaches. We didn’t have that ‘authoritarian pressure’ on us from our coaches and I truly believe that we played better as a result.

Speaking of those coaches, I vividly remember my teammates and I as freshmen watching in the stands as the varsity team, led by a very strong senior class, walked off on Belen Jesuit at home for the school’s first berth at the state tournament. Talking with some of our coaches that were on that team, they told us that this current team was as talented, if not more talented, than that team that went to states. Talking with my other senior teammates, we were extremely confident that we had the talent and team chemistry to make it to and win the state tournament, finishing what those seniors started four years ago.

As you can probably tell, a lot of the Dwyer players and alumni are extremely close. Unfortunately, a lot of us seniors are going our separate ways and most of us aren’t going to school in the same area. Although my playing days are over, I’m looking forward to coming back home next year during holidays and spending time with some of my closest friends and watching my younger teammates play.

While I’m extremely grateful that my family and friends are healthy, safe, and unaffected by this virus, and I fully understand the seriousness of the situation and the importance of social distancing, I just wish that this situation could’ve happened at a different stage of my life.

In addition to losing my senior season and all the associated events such as my senior night and last playoff run, I lost so many other events during my senior year that I will never be able to experience — graduation, senior prom, Grad Bash, going to see the Final Four in Atlanta, the list goes on. This being the last time I’ll be around a lot of my friends and teammates, I wish I could’ve experienced my last couple months of high school normally.

Finally, I want to reflect on the impact that the game of baseball has had on my life. I first took interest in the game when I was five years old when my godfather gifted my parents and I Spring Training tickets. From then on, I started playing tee ball, and subsequently baseball, nonstop and went to every professional baseball game that I had the opportunity to go to.

Although we weren’t able to afford tickets to minor league games when I was younger, my dad and I would wait outside Roger Dean Stadium until the 7th inning when the ticket scanners would leave and we could walk in to watch the last three innings free of charge.

Looking forward, I decided to attend the University of Florida academically instead of continuing my baseball career at a smaller school elsewhere. With this season being the last time I step on the diamond as a player, I really wish I would’ve had the opportunity to play out my senior season, with some of my closest friends, to its natural conclusion.

I really regret not concretely knowing that the game against Park Vista on March 13th was my last and not being able to cherish the moment and soak it all in. Nonetheless, the game of baseball has given me great memories and friendships that will last a lifetime, especially during these last four years of high school baseball.