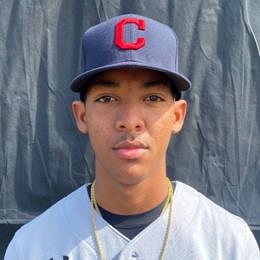 The ball screamed off the bat and lined deep into center field, but when it hit the grass the Conchs probably could not have been happier about the RBI double.

The blast that nearly left the ball park would have been the third straight in the game, and the fourth in two nights, from senior Kay-Lan Nicasia, whose monster performance led the Champagnat Lions to a 9-2 victory over the host Key West Conchs, at Rex Weech Field in Key West on Friday night.

Nicasia’s two bombs came in his first two at bats, after he also hit a home run in a 4-0 win over the Archbishop Carroll Bulldogs on Thursday night. Nicasia was 3-for-3 with four RBIs, and he reached base all four plate appearances after also drawing a walk in his final trip to the plate.

After an 0-for-8 start to the season, the Curacao native exhibited great perseverance and quickly catapulted himself to the top of the HSBN Miami-Dade Home Run Leaders, as his first three hits of the year all left the ball park. Nicasia also hit a home run during the preseason.

The Lions (3-2) had never won against Key West, having gone 0-12 in the all-time series against the Conchs.

Nicasia helped put an end to that streak with a two-run blast in the top of the first inning, giving Champagnat a lead it held the entire way. After Nicolas Rivera led off the game with a walk, Nicasia jumped on an 0-1 offering and sent it sailing out of the ball park to get his team some emphatic early momentum. 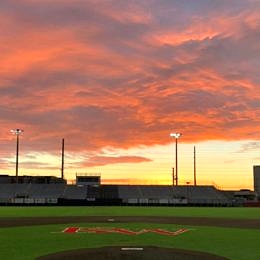 Champagnat had been 0-12 all-time against Key West prior to Friday night’s 9-2 victory.

Key West (0-3) responded with a run in the bottom half of the first to cut the deficit in half. Senior Logan Pellicier took the first pitch he saw and sent it flying deep into center field, for a lead-off triple. Kai Smith then got the job done with an infield ground ball to the shortstop that went for an RBI ground out following the put-out to first base.

The Lions pulled away with a four-fun third inning. Nicasia led off with his second long ball, sparking the offense once again. Yoel Rojas was patient to follow and earned a walk, which was followed by a base hit from junior Jurrangelo Cijntje. After two outs, Christopher Martinez walked to load the bases, and a wild pitch allowed Rojas to score. Justin Aguas then delivered a two-RB single that effectively served as the back-breaker.

An inning later Nicasia’s RBI double drove in Rivera, who led off by reaching on an error. Cijntje supplied a sac-fly RBI that plated Nicasia to make it an 8-1 advantage.

The Conchs rallied for another run in the bottom of the sixth. Smith lined a one-out single to center, but was erased at second on a fielder’s choice from Preston Herce. An error allowed Herce to advance into scoring position, and senior Landon Lowe deposited a flare into shallow center field for the RBI single.

Champagnat closed out the scoring with one last run in the seventh. Alex Pereira singled and then scored off an RBI tripe from Martinez.

The two teams meet again for the second game of the weekend series on Saturday night, back at Rex Weech Field at 7:30 PM.