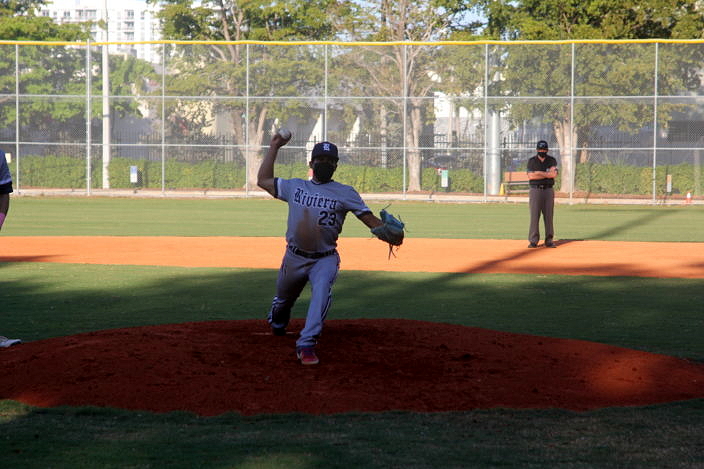 Riviera Prep woke up Monday morning to find themselves as the #10 team in the HSBN Miami Power Rankings. They then had that ranking put to the test Monday night.

As if the season couldn’t get any more wild for the Bulldogs, Monday night proved to be a gut check moment for the young squad.

After being no-hit for the first 6 innings (scoring three runs on walks and errors), the Bulldogs somehow managed to fight their way to one of their biggest wins of the season over rival Ransom Everglades 5-4, moving to 11-0 in the process.

The starting pitchers on the evening were DJ Flowers for the Bulldogs and Jake Martin for the Raiders. But after only recording one out and allowing an RBI double to Chris Basile, Flowers was pulled for ace Luis Angarita. Martin, however had a no-hitter going into the 6th inning and pitched his heart out. His line on the night was six innings, no earned runs, no hits allowed, and six strikeouts.

On the flip side for Angarita, he to pitched lights out going six innings, four hits allowed, no earned runs, and nine strikeouts.

“It feels great, I trusted my fastball tonight, something had not been doin throughout the season,” said Angarita. “I love the unexpected that happened tonight. Halton has been working his tail off all year and he deserved that hit.”

Following Basile’s RBI double in the bottom of the first, the Raiders put another run on the board following a sac-fly by Nick Rubino making it 2-0 quickly. 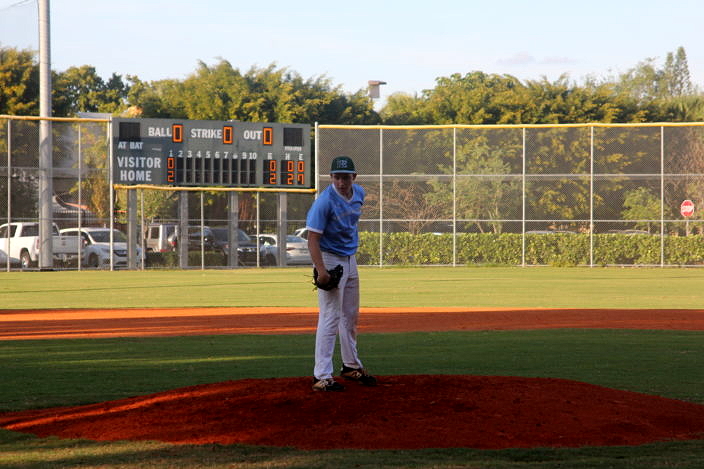 Moving to the bottom of the 3rd, Emmett Gershman was able to reach on an error after a misplay in centerfield and after a wild pitch he moved to second. Basile once again came through with an RBI single to left field scoring Gershman pushing the lead to 3-0.

In the top of the 4th inning, Angarita walked then Marc Quarrie reached on an infield error putting runners on 1st and 2nd with nobody out. Later in the inning, Nick Flowers was hit by a pitch and made it bases loaded and one out. with Yohanni Vazquez at the plate, Angarita was able to score on a wild pitch and after a strikeout to Vazquez Quarrie was also able to score on a wild pitch trimming the lead 3-2.

In the top of the 6th, after two walks to Quarrie and Flowers, the Raiders had two outs with a chance to get out of the inning but failed to do so as Quarrie scored on a passed ball tying the game up 3-3. In the bottom half of the inning, Angarita got three quick outs on two strikeouts to put the Bulldogs in a good position to take the lead..

After a 1-out single by DJ Flowers, sophomore Ely Halton poked a double down the right field line to give the Bulldogs their first lead of the night. Angarita then was able to reach first on an infield error making it a 5-3 ballgame.

The Raiders didn’t go away quietly though. Back-to-back errors and a walk loaded the bases for Gershman who laced an RBI single to right field cutting the lead to 5-4. Coming into the game to close it out was Fernandez and with 2 outs, the Bulldogs walked arguably the Raiders’ best hitter in Basile to load the bases up.

But with cleanup hitter James Srebnick at the plate who’s hitting .600 on the year it proved to be no easy task for the Bulldogs. With their backs against the wall, Screbnick laced a 1-2 fastball right at right fielder Elias Baroniel to record the final out of the ball game. 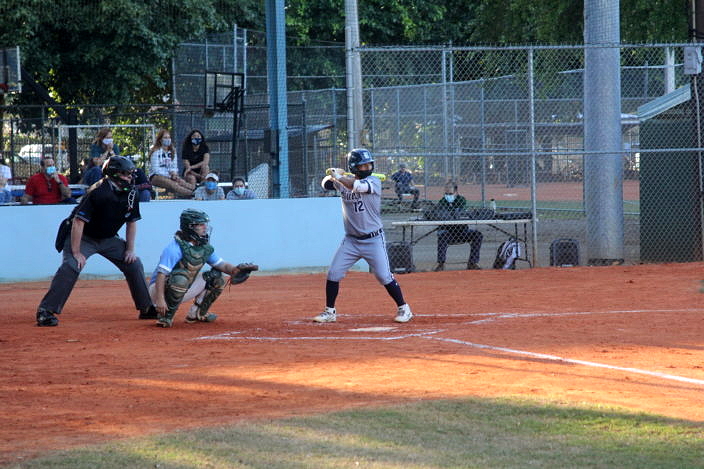 “If you look at our track record throughout the first half of the year, we’ve been hitting the ball well. Tonight wasn’t one of those nights however, it was still enough to get a W,” said Bulldogs manager Emilio Fernandez. “Martin pitched a great game. He was able to use his fastball and breaking ball well which fooled our hitters. It was a great team win.”

Despite the end result Raiders manager Kenny Perez was pleased with his guys effort.

“Unfortunately, at the end, things didn’t go our way, but these guys battled all night,” said Perez. “Give credit to Riviera they played their hearts out and that ended in a win for them.