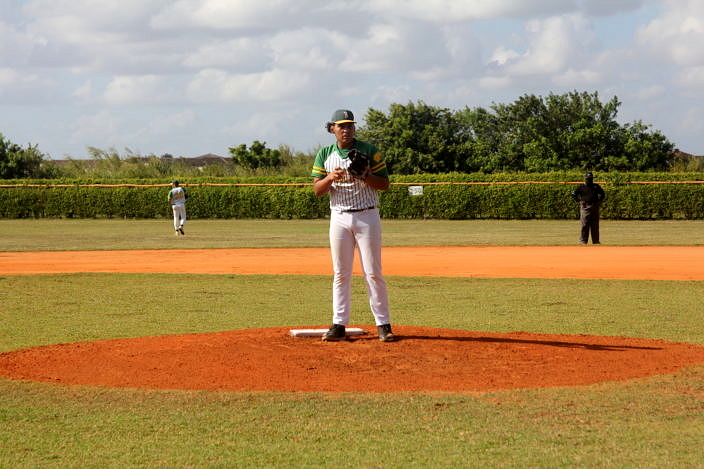 The Miami Brito Panthers have gotten off to a hot and cold start to begin the year but it looks like they have finally turned the corner and they proved it on Thursday afternoon against the Archbishop Carroll Bulldogs.

On the mound for the Panthers was tall right handed senior Derek Alvarez, who has been labeled “the horse” of the pitching staff by Pedro Guerra. For the day, Alvarez went 5 innings, only allowing one run, on four hits and four strikeouts.

“We always wanna keep these guys motivated, regardless of the circumstances were faced with,” said Panthers manager Pedro Guerra. “He’s (Alvarez) our horse, he’s our guy, he was a little upset we took him out in the 5th inning but we wanna keep him healthy and fresh for the rest of the year.”

For the Bulldogs, starting pitcher Luis Rondon pitched just as well, keeping them within one run until a big 5th inning from the Panthers put the game away. His line was five innings, on five earned runs, four hits allowed, and four strikeouts.

In the top of the 1st, the Panthers got things going with the leadoff guy Eladio Alonso reaching on an infield error. Two batters later, Yordi Martelo singled allowing Alonso to reach third and with Leornado Vazquez at the plate, Martelo stole second, and with a bad throw Alonso was able to score grabbing an early 1-0 lead.

The Bulldogs answered right back in the bottom half of the inning with a leadoff single by Michael Figueroa, who then quickly stole second and advanced to third on a balk. Then, Danny Lozano drove in the run from third tying it up at 1-1. 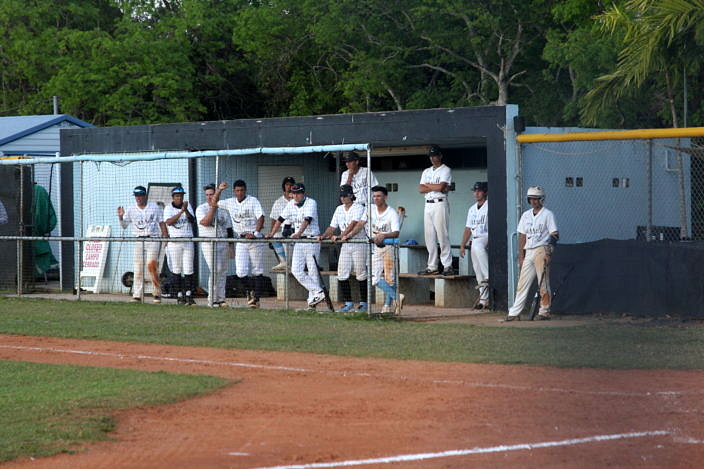 The top of the 5th inning proved to be the deciding factor for the Panthers, highlighted by back-to-back singles from Alonso and Gonzalez. Then, Martelo was able to reach first on an error allowing Alonso to score from third, followed by a passed ball Gonzalez was able to score making it a 4-1 lead now.

The Bulldogs made efforts to comeback in the bottom of the 6th by getting Noah Perez and Eduardo Perez in scoring position and after a quick double play from the Panthers, Perez was able to score from third trimming the lead 5-2.

Closer Leonardo Vazquez, who came into the game in the 5th inning, shut the door striking out the side after allowing a leadoff single in the bottom of the 7th inning as the Panthers held on with a 5-2 victory.

“I just put my trust into my teammates behind me when I’m on the mound, if they make contact I know my defense can make the plays,” said starting pitcher Derek Alvarez. “Every guy that’s on the mound wants teammates who support them and can fire them up whenever they’re in some trouble and I’m just glad I have a group like that.”

The Bulldogs, however, have a young exciting group and although they were down, they didn’t let that stop them from competing and bringing the same kind of energy the Panthers brought as well. 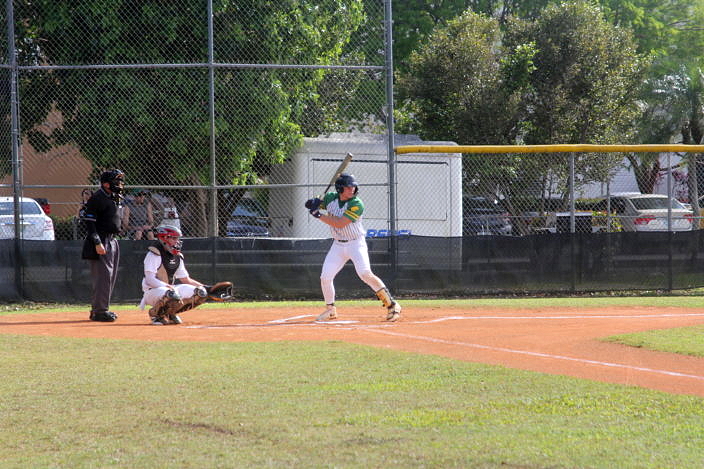 “We have to improve in all aspects of the field. Although were a young ball club we still have to be able to compete,” said Bulldogs manager Servio Borges. “We practice hard everyday and now we have to figure out how to transition that into the game.”