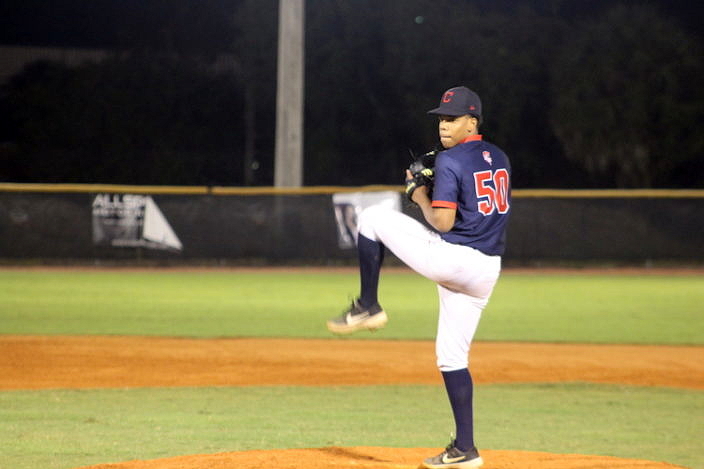 Eventually somebody was going to win it.

It took Monsignor Pace and Champagnat Catholic a very long time on Wednesday night to figure out who.

Four-and-a-half hours after it began, things finally ended and it was Champagnat shortstop Chris Martinez that decided the issue. Martinez stepped up with the bases loaded and two outs in the top of the 13th and delivered a clutch single to left field that brought home two runs to give the Lions a 3-1 victory over the Spartans at Pace High School.

“It was late and I think we all wanted to go home,” said Martinez who was hitless in five trips to the plate on the night before he stepped up and lined his shot to left. “I was looking for something down low and inside, got it and put a good swing on it.”

An absolutely magnificent combined pitching performance by starter Jurrangelo Cijntje and reliever Kaylan Nicasia was capped off in the bottom of the inning when Nicasia retired the side in order to give the Lions the road win.

With his unprecedented ambidextrous pitching style in which he would pitch right handed to right handed hitters and vice versa to lefties, Cijntje was literally unhittable for five innings as he struck out 12 of a possible 15 Pace batters and never gave up a hit. 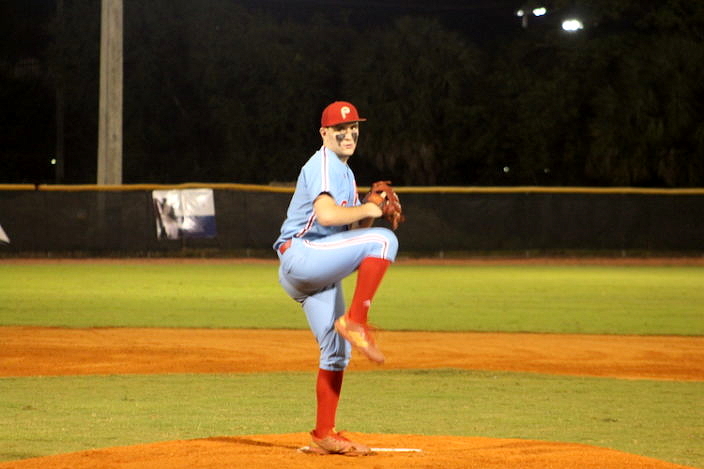 With his pitch count at 83 and Manager Jorge Aguas worried more about his future than one game, Cijntje was pulled for Nicosia who took over in the sixth and would wind up going the final eight innings and giving up just three hits while striking out eight and walking just one to record the win.

“I didn’t care what the score was or what the situation was even though I knew he had a no-hitter going,” said Aguas. “I’ve got a 17-year-old young man who has a great future ahead of him and that was more important than the result of any one game. And we had every confidence that Kaylan could come in and get it done and that’s exactly what he did. What a brilliant effort by both of those kids and what a great win for us moving forward.”

The win raised the Lions record to 5-2 and came on the heels of an impressive two-game sweep of Key West on the road last weekend.

“Obviously I didn’t really want to come out but coach always knows what’s best for us and the team and it all worked out,” said Cijntje who, even though he’s only a junior has already committed to Stetson University. “Everything was working for me tonight as I was really able to hit all my spots which enabled me to stay ahead in the count. When you can do that, you’re going to get a lot of guys out.”

Champagnat grabbed the early lead right out of the box when Nicolas Rivera led off the game by reaching first on an infield single and quickly advanced to third when a wild throw on a pickoff attempt went down the right field line. One out later, Yoel Rojas brought him home on a tag up with a sacrifice fly to center field.

It looked like that single run would stand up the entire way. But when Nicasia entered in the sixth, the Spartans (4-3) managed to scrape a run across despite not hitting the ball out of the infield.

Pace’s Rickey Rivas led the inning off with a bunt single down the third base line and went to second on a wild throw to first. Rivas then went to third when Jeter Polledo laid down a perfect sacrifice bunt and then scored on a pass ball tying the game. 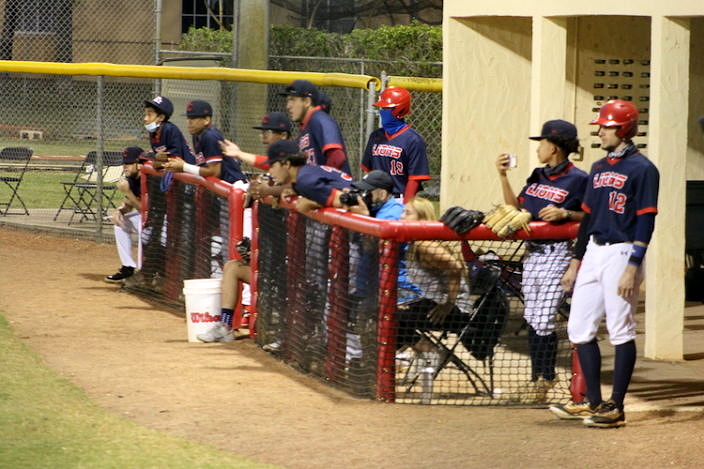 The Spartans pitching staff was nearly as brilliant as Champagnat’s as Pace starter Luke Rier went seven innings scattering six hits while striking out three and not walking a single batter. John Caballero replaced him and pitched two innings striking out five Lion batters including the side in order in the ninth.

Ephraim Bravo then took the mound in the 10th and pitched three scoreless innings and was one out away from pitching a fourth. But then with two-outs in the top of the 13th, Rojas and Cijntje touched him for back-to-back singles. When Bravo walked Alex Pereira to load the bases, Pace Manager Tom Duffin went and got Bravo and brought in Bryan Garcia to face Martinez.

“You’ve got to give it up to both of those pitchers, there were really tough out there tonight,” said Duffin of Cijntje and Nicasia. “But giving up that unearned run in the top of the first proved costly for us because if we don’t, maybe we come out of this with a 1-0 win because our pitchers were terrific tonight as well.”