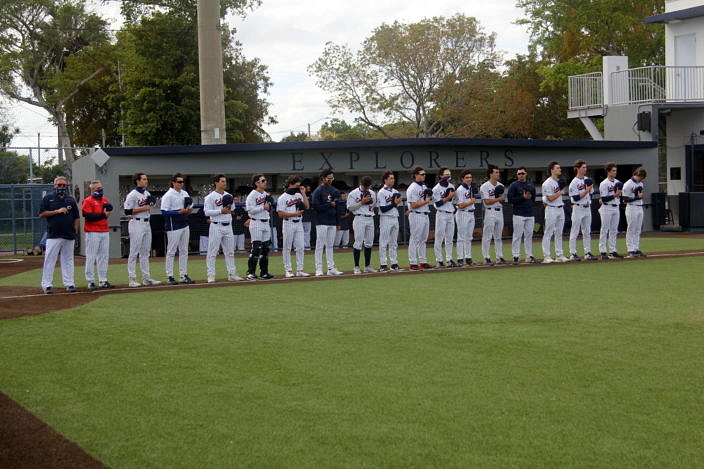 Columbus was looking to stay hot against a big rival in Coral Park, for “The Battle of 87th Ave” as quoted by the Columbus PA announcer. And they did just that by shutting out the Rams 9-0.

The starting pitchers on the afternoon were Kainen Jorge for the Explorers, the #2 team in the first HSBN Miami Power Rankings of the season that came out Monday. Leduar Perez started for Coral Park.

Jorge was in control throughout the game going four innings, only allowing one hit, on eight strikeouts. Perez pitched well, but his offense could not get anything going for him. He went four innings with three strikeouts.

In the top of the 1st, after allowing a leadoff walk, Jorge struck out the inside unharmed. In the bottom half of the inning, the Explorers left two men on base, one in scoring position, courtesy of a Rafael Flores single and a Gabe Perez walk.

In the bottom of the 2nd, Jorge led the inning off with a single and was quickly pinch ran. After the runner reached second, Tony Casanova, who had a big day at the plate going 2-for-3 with a home run, stepped to the plate to get the Explorers on the board and he did just that lining a base hit to left field making it a 1-0 game.

“With me, it’s just trying to get my pitches early, be aggressive at the plate,” said Casanova. “I’m sitting fastball most of my ABs and on a windy day like this, I have to stay on top of the ball and drive it.”

Flores, who also had a great game with three hits, led off the 3rd inning with a single, followed by a double by Eddie Leon scoring Flores from first upping the lead to 2-0. Two batters later, Leon was able to score on a passed ball. The lead was up to 3-0. 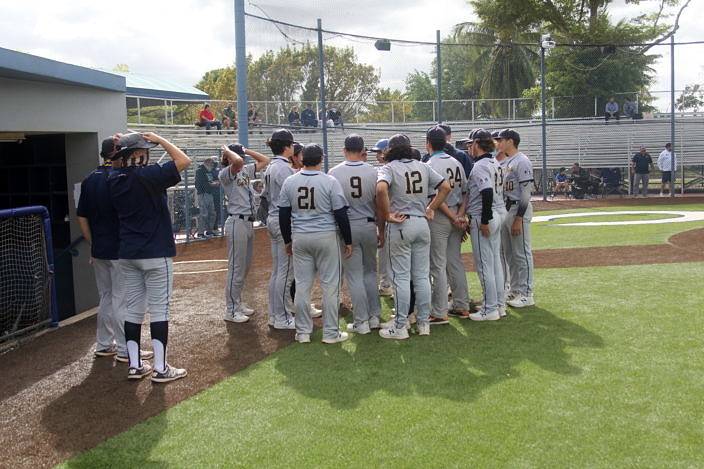 For Jorge, heading into to the top of the 4th he was mowing through the Rams lineup getting them to chase on wicked breaking balls and throwing well timed fastballs.

After allowing back-to-back walks to lead off the inning, sidearm pitcher Jack Delgado came into pitch to try and get out of the jam, and he did. Delgado retired all three hitters he faced to get the Explorers out of the inning now leading 5-0.

In the top of the 6th, it looked like the Rams were finally starting to come back to life putting runners on 1st and 2nd with no outs. But, a pop out and a quick 6-4-3 double play got the Explorers out of the inning once again.

On the first pitch of the bottom half of the inning Casanova once again stepped to the plate and drove a fastball way over the “Blue Monster” out in left field padding the lead to 6-0. A few batters later, Flores ripped an RBI single to right field, then pinch hitter Matthew Roche hit a ball off the top of the wall for a double scoring Flores. 8-0 lead now.

Finally, third baseman Jorge Acevedo lined an RBI single extending the sizable lead to 9-0 and that’s how the game would end.

“We run a lot, we like to get on base,” said Explorers Manager Joe Weber. “We feel like if we get on base and are aggressive we can make things happen.”

On the Rams side, the story for them was not cashing in on runners in scoring position.

“Our team is very young, we have five or six sophomores in the lineup everyday,” said Rams Manager Tyler Pineda. “They’ll learn though, you know, after starting the season off hitting the ball well , we’ve just fallen into a bit of a slump.” 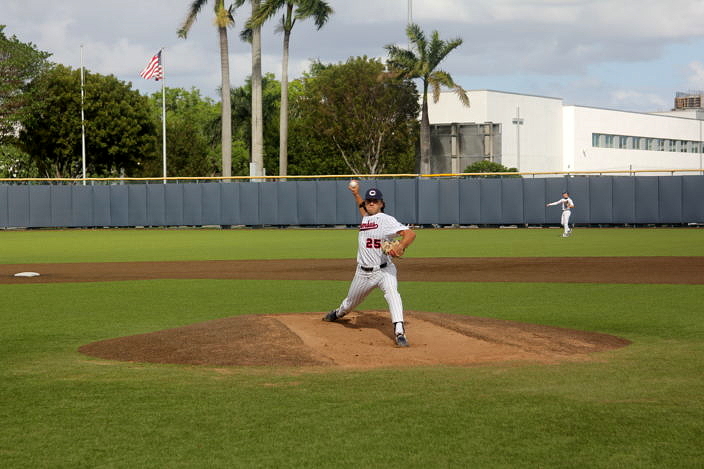 As for the Explorers (7-1), they’ll be looking to extend their win streak to five, facing off against Southwest (4-0) Wednesday at 6:00 pm.