A wild Wednesday afternoon at Coral Reef ended in a walk-off walk in the bottom of the 10th inning for the Barracudas in a 10-9 win over Key West.

Coral Reef was down For most of the game, the Conchs had a sizeable lead 7-2 lead heading to the 7th, and at one point looked as if they were going to run away with it. But, the Barracudas had other plans.

The Barracudas were down to their last out twice in this game and still came away with the victory.

“Key West played hard and fiery throughout the entire game, you can’t ask for more from them,” said Barracudas Manager Chris Leon. “But the game isn’t over till there’s a final on that scoreboard. My guys are some special players, they have that ‘never go down’ mentality and they proved it today.”

Starting pitcher Johnny Kent struggled in his outing as walks and hit-by-pitches got the Barracudas in a hole early. But, at the plate he made up for it having two hits and two RBIs. 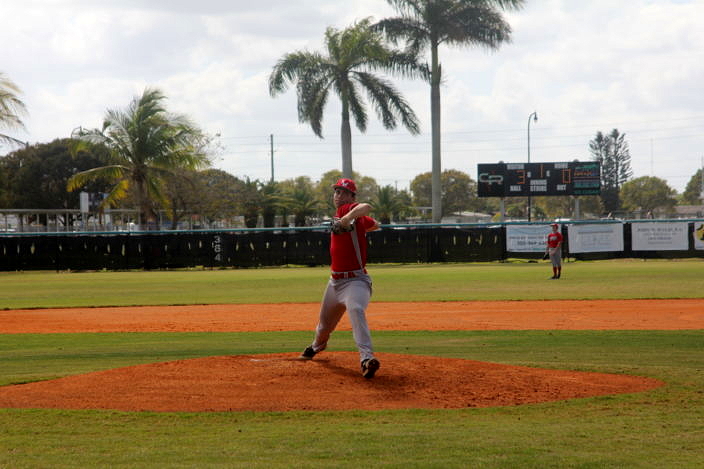 On the other side for the Conchs, pitcher Michael Alfonso was phenomenal in his six innings of work, allowing only five hits, while striking out ten.

The Conchs jumped out to an early 2-0 lead in the top of the 1st after the first three batters reached via walks and a single by Landon Lowe, who went 3-for-5 with a triple and two RBIs. Then, a hit-by-pitch by Daniel Varela forced in a run and a wild pitch brought home another.

With two men on, Lowe stepped to the plate once again in the top of the 3rd and ripped a triple to the right field gap making it a 4-0 lead. After that, Alfonso was able to help himself on the mound, bouncing an RBI single stretching the lead to 5-0.

In the bottom of the 4th, the Barracudas’ bats finally came to life as Christopher Lopez reached on error allowing two runs to score, and cutting the lead to 6-2.

Headed into the bottom of the 7th , with the score 7-2, the Barracudas found themselves with the bases loaded and nobody out following three straight hit-by-pitches. John Oxios then laced a double to the gap in right field making it a 7-5 game.

Later in the inning after a couple of walks and an infield error, the game was suddenly tied at seven, and headed into extra innings.

After a scoreless 8th and 9th inning, the Conchs loaded the bases up and were able to force in two runs after walks to Anden Rady and Alfonso, making it 9-7. 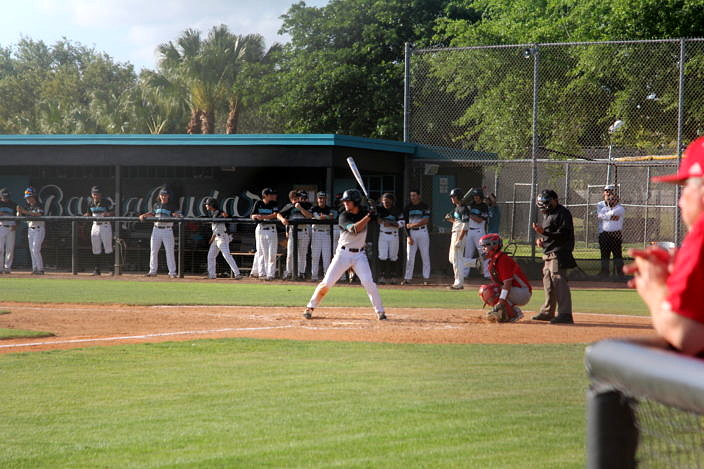 In the bottom half of the 10th, and after two quick outs, the Barracudas were down to their final out when they found an answer. A walk and a hit-by-pitch put the tying runs on base. Lead-off hitter Antonio Socarras reached on a fielders choice, cutting the lead to 9-8. After a walk to Emmanuel Zaiter, Ryan Garcia ripped a single to right field to tie the game at 9-9. He had two hits and an RBI on the afternoon.

“Our coaches teach us to never settle because you never know what could happen,” said Garcia. “We fight to the end and look at the outcome. It felt great to the tie the ballgame up for us.”

With a chance to win the game with two outs and the bases loaded Jake Ogden stepped to the plate and was able to work a walk to win the game for the Barracudas. A stunning and miracle win for them.

“Apart from Alfonso (Michael) being a senior, our pitching is very young and in experienced,” said Conchs Manager Ralph Henriquez. “Things just fell apart for us and that’s what comes with having such a young team filled with mostly freshman and sophomores. Despite that, I’m proud of our guys. They played hard. We’ll just look to improve each and everyday throughout practices and the season.”

The Conchs (1-7) will get a redemption shot at the Barracudas Saturday night, when the home and home series shifts to the friendly confines of Key West.