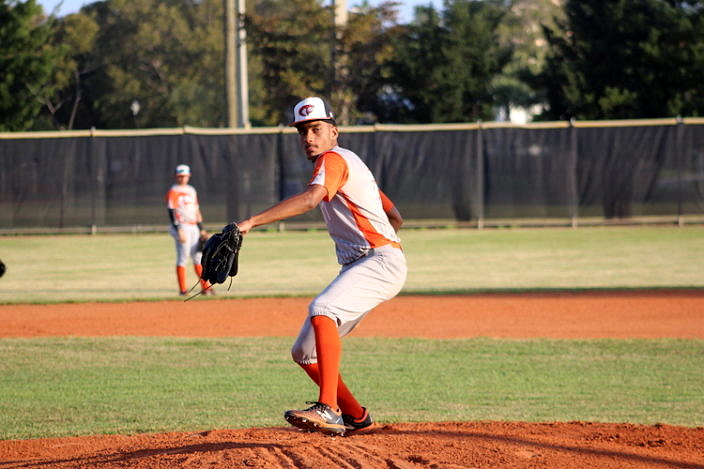 Most baseball coaches will tell you that it’s not how you start, it’s how you finish.

That motto surely rang true for South Miami on Wednesday night. The Cobras, despite a rocky start that saw them trailing 7-4 in the fourth inning, turned on the jets to score nine unanswered runs and rally to defeat Miami Beach 13-9 at Flamingo Park in Miami Beach.

The win moved South Miami’s overall record to 5-8. Just three years removed from a regional final berth and close 1-0 loss to Columbus, the Hi-Tides are now young and back in rebuilding mode. They fell to 2-7 overall and 2-3 in the district.

“A good job tonight of not panicking after a bad start, staying focused and fighting through it,” said South Miami Manager Howard Cuervo, now in his sixth year in charge of the program and who was a pitcher on South Miami’s 2000 state championship team. “We’re a young team of sophomores and juniors but we stayed with it which is a good sign of a team able to maintain its focus. The most important thing is this is a learning process, a day by day thing to just to try and keep with it and hopefully be playing our best when the district playoffs arrive.” 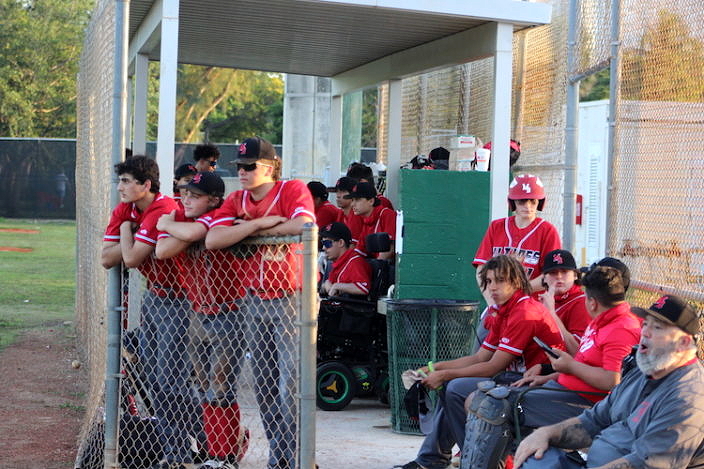 Cuervo watched his team, despite scoring three runs in the first and one in the second, fall behind as Beach scored twice in the first, two more in the second and three in the third to take that 7-4 lead, chasing starter Cristian Garcia.

The turning point came with distinct clarity on this night.

After Beach starter Randy Wilson retired the first two SM batters in the last of the fourth (South Miami was the designated home team because this is the second meeting between the teams and the Cobras are playing all games on the road this season due to a contaminated field), center fielder Michael Mujica stepped up to the plate and hit a base hit to left, which started a chain-reaction two-out rally as Enrique Alvarez, Francisco Lopez, Franco Sosa and Johan Hidalgo all followed with hits with a walk to Andy Prats thrown in the middle of all that.

When the dust had settled, the Cobras had plated four runs to take an 8-7 lead. They then took advantage of two Beach errors in the next inning coupled with an RBI single from Mujica and 2-RBI double by Alvarez to score four more times to up their lead to 12-7.

Meanwhile, Albaro Bruno relieved Cristian Garcia on the mound in the third for the Cobras and started gobbling up outs before Mujica came in from his center field position to pitch the final two innings. He wound up giving up two runs in the seventh but by then his team enjoyed a 13-7 lead which was more than enough cushion. 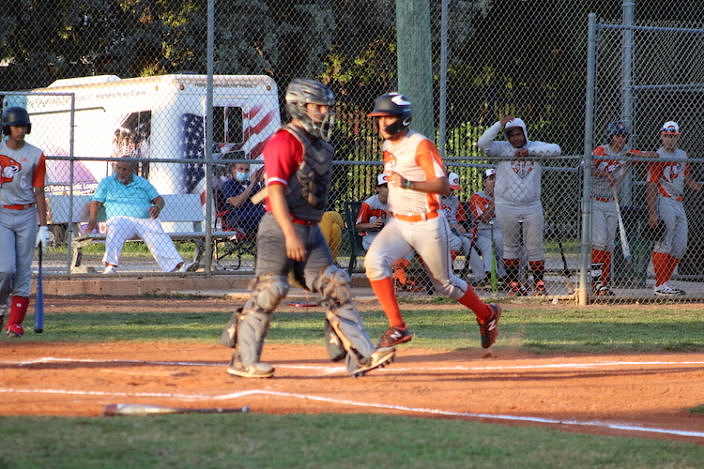 “We’re a tough bunch,” said Alvarez who came into the game hitting .500 on the season and finished 2-for-3 with 3 RBIs. “We were down 7-4 but we know that we’re a team with a lot of fight, especially on offense because we’ve got a great lineup from one to nine and knew we could come back. It was a team effort. Our pitching struggled at the beginning but came through at the end. Everybody did their job.”

South Miami finished the night with a total of 13 hits while the Hi-Tides managed plenty of offense as well with nine hits highlighted by a 3-for-4, 2 RBI night by catcher Kevin Montilla.

“We put together some good opportunities and we also squandered some good opportunities as well tonight and that is the sign of a young team trying to learn how to win,” said Beach Manager Charlie Garcia. “Growing pains – it’s part of growing up. We did manage to swing the ball well and we’ve got some stuff to look forward to in the future but there will be some lumps to take along the way.”