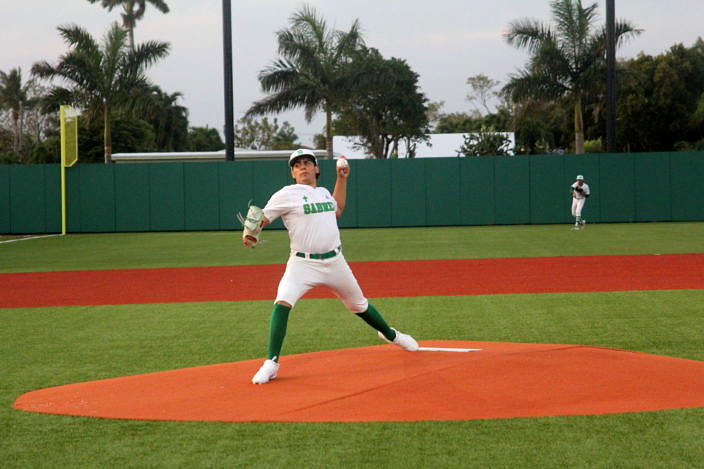 Monday night fans were treated to an old school pitchers duel. For Mater Lakes, on the mound was sophomore Dario Alvarez. He struggled in the first inning with walks but was able to settle down after that.

On the other side for the Sabres, senior Sebastian Garrido pitched a complete game for St. Brendan, only allowing three hits on one earned run and nine strikeouts, as the Sabres defeated the Bears 3-1.

“Both offensively and on the bump I felt really comfortable,” said Garrido. “I tried to always get ahead and get a first pitch strike and at the plate I was looking to hit something up the middle or drive a ball.”

For the first four innings of the ballgame the game remained scoreless as both pitchers traded strikeouts. Alvarez was pulled after the 2nd inning and was replaced by senior Marcos Faguagua who carried much of the load for the Bears pitching staff.

In the top of the 5th inning, the Bears finally got on the board. After a one out single by Damian Hernandez (who was replaced by courtesy runner Oscar Bello), Bello advanced to second on a groundout and then proceeded to steal third. With Alfonso Gomez at the plate, Bello scored on a passed ball giving the Bears a 1-0 lead. 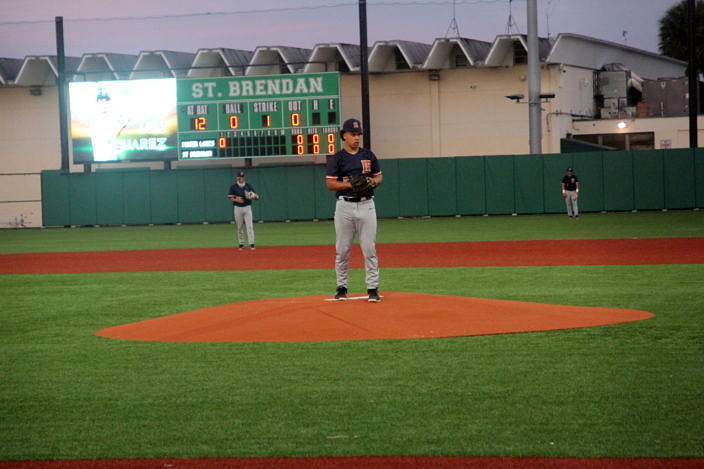 The Sabres came back with vengeance in the bottom half of the inning. Jean Carlos Garcia-Chicano started the inning off with a double to the left field gap. After back-to-back outs, second baseman Luis Suarez drove a 3-2 pitch to right field for a single, tying the game up at 1-1.

After a single by Gavin Cancio, Garrido stepped to the plate with a chance to give his team the lead and ripped the first pitch he saw down the right field line for a double. Scoring Suarez and Cancio.

In the top of the 7th inning with a chance to close out the game, Garrido came back out to the mound. After a leadoff single by Wilder Puertas, Garrido was able to get the following three batters consecutively on a lineout, pop out, and a strikeout to the end the game. Final score 3-1.

“The work that they have been putting in at practice is starting to pay off for these guys,” said Sabres Manager Jorge Robles. “All and all, we played a great game. Our offense needs to swing the bats a bit better but that’s why we keep working in practice.” 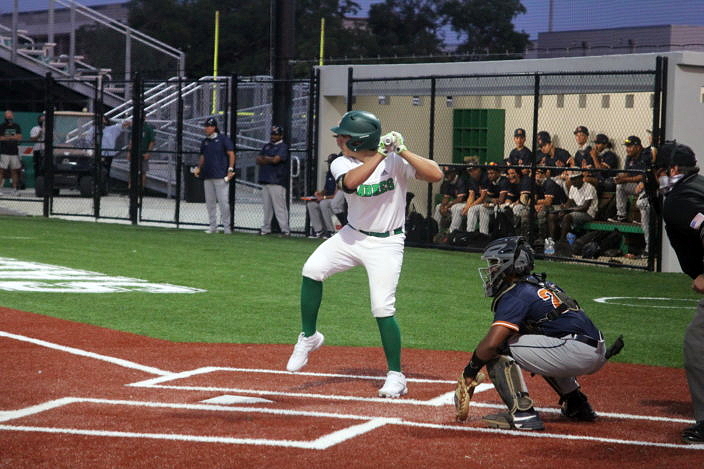 “Garrido is our number 1 guy,” continued Robles. “We wouldn’t be in the position we’re in without him. He’s our guy we go to both offensively and on the mound.”

“I think we came into this one a little bit over-confident,” said Bears Manager Albert Osorio. “We’ve beat some great teams this year and we got a bit confident, sometimes that gets in the kids heads. But, luckily we have a game tomorrow and a chance to make up this loss with a win.”